The salmon river with three names

The salmon river with three names

When Laxá (Salmong river), sometimes called the queen of salmon fishing rivers in Iceland, flows into the sea into Skjálfandaflói, it has flowed 58 km / 36 mi long way from Mývatn. Along the way, this second-largest by volume spring-fed river in the country has three names. The upper part of the river is called Laxá in Mývatnssveit. Then it is called Laxá in Laxárdalur. When it finally comes into Aðaldalur by Laxárvirkjun Power Plant, the river changes its name again and is called Laxá in Aðaldalur. Nowhere in Iceland are as many big salmon fished as in this generous salmon and trout river. The fishing season in the river is from 20 June until 20 September. 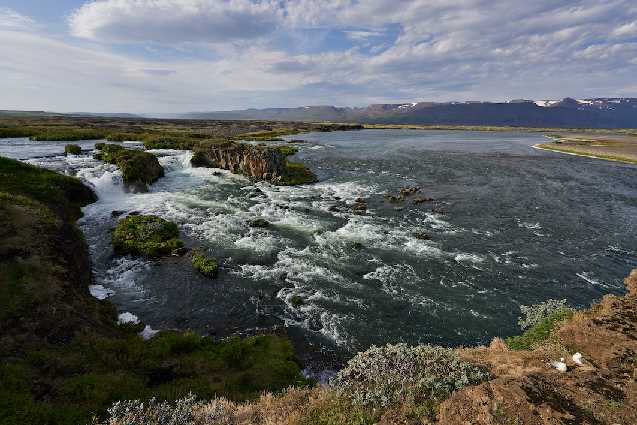 Æðarfossar is at the bottom of Laxá in Aðaldalur. Not only is it beautiful, but it is also a perfect fishing spot. Kinnafjöll in the background.