Lessons from the Eruptions

How Iceland has responded to the volcanic disasters and plans for the future
Icelanders have had to deal with 205 volcanic eruptions since the island was settled 1100 years ago. Recently the world’s modern lifestyle also had a little taste of this medicine when an eruption in Eyjafjallajökull caused enormous disruption to air travel across western and northern Europe over an initial period of six days in April 2010, and again in 2011 when the Grímsvötn volcano erupted. Active volcanism is prevalent in Iceland with active regions covering 30% of the land with a historical eruption frequency of 20–25 events per 100 years.

There is considerable risk for tephra or ash deposition events to occur, as 80% of historic eruptions have been explosive eruptions with tephra fallout. Ash can destroy/damage vegetation by the initial direct burial or with sandblasting effect from post-eruptive transport either by water or wind, extending the area of influence far away from the initial deposition area. Ash deposition can also affect hydrology and air quality.
Nearby farming communities suffered damage to their fields, rangelands, livestock and property where ash fallout occurred. The uncertainty of the immediate effects of the hazard has now worn off.
The uncertainty involved what was happening, where, for how long; health concerns; the flood risks; concerns taking care of people and animals with limited housing capacity during the lambing period; concerns ensuring livestock’s access to clean water and sufficient food; the difficult living conditions when fine ash penetrates everywhere. There were financial concerns, all the decisions to take; whether to evacuate or stay and, in areas further away,  what would the wind direction be today and who’s next?

However today, months after eruption has ceased, the effects are not over yet and will continue to affect the area in the years to come. For example, there is the need to strengthen existing vegetation; also the destruction of grazing land calls for changes.
How well vegetation can tolerate this disturbance from ash, or how resilient ecosystems are against deposition of volcanic ash depends on various factors eg.: depth of burial, species capability of regeneration when buried, seasonal timing, water availability, toxicity etc. Vigorous ecosystems with tall vegetation generally have greater endurance capability; the sheltering effect minimizes the secondary wind transport of ash, and hastens the incorporation of ash into the soil. Whereas when ash falls onto areas with little or no vegetation, it is unstable and easily moved repeatedly by wind and water erosion possibly causing further abrasive damage.
Risks can be reduced by a build-up of healthy ecosystems, which increases resilience and provides a better capability of surviving ash fallout. The common range lands in the highlands that are now degraded pose Iceland’s most serious environmental problem. Existing vegetation in common range lands is generally sparse and low growing and is therefore vulnerable to disruption. Ash fall onto such land can be catastrophic—as seen in recent events.
Resilience to catastrophic events can be drastically improved by land reclamation efforts. Distribution of fertilizer and sometimes seeds or tree-planting can provide degraded ecosystems with the extra help they need on the road to recovery. Use of the natural succession of vegetation over a long-time period is the only reasonable method to achieve significant results over the large areas that need assistance, for both economic reasons and also lack of machine accessibility.
The future land use is an important aid in this respect. Sustainable management is important, revegetation of land and restoration of natural birch forests and willows (up to 500 m elevation) now has increased importance. The vegetation cover increases the surface roughness and lowers the wind speed near the surface and limits the damaging effects of wind erosion of tephra and ash material that is repeatedly blown up into the atmosphere, years and even centuries after the eruption has ceased.

Effective governance through alignment of policies, e.g.: land use planning and zoning, natural resources management, agricultural policies, mitigation action against climate change through revegetation and carbon sequestration, restoration of natural birch forests, along with coherent legislation, multi-sectoral coordination with effective knowledge sharing, are important in successful risk management.
Recent eruptions clearly taught the value of assistance in emergency response, recovery measures and preventive measures against natural hazards. The Soil Conservation Service of Iceland aided farming communities hit under the latest eruptions, as it had available revegetated land that could be used as emergency grazing lands, so livestock could be transported from the area most affected by the ash fall to temporarily safe rangeland areas. Also, the Soil Conservation Service of Iceland executed recovery measures over large areas, in total over 2,170 ha of land, where existing vegetation was either strengthened with fertilizer distribution or areas were reseeded in order to reduce damage from post-eruption storms of re-suspended ash.

The Soil Conservation Service of Iceland and the Road Administration were instrumental in flood prevention actions, repairing various river bank barriers that were damaged due to floods of glacial melt-water caused by the volcanic activity and then later by repeated rain-induced floods in ash filled river channels.
The Soil Conservation Service of Iceland has, for more than a century, promoted encouragement of sustainable land use and appropriate management of fragile ecosystems through better land-use planning and development activities. Now the build-up of Iceland’s degraded ecosystems has the additional aim of preventive measures to reduce the risk and vulnerability to natural hazards. 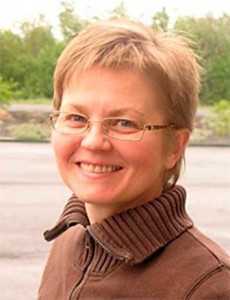 Sagnagardur is the information- and visitor center of the Soil Conservation Service of Iceland.  In Sagnagardur, which was opened in 2011, the history of ecological degradation and soil erosion in Iceland is presented in text and pictures. The exhibition presents the battle against the harsh forces of nature and consequences of volcanic eruptions and gives an account of the pioneers in land reclamation.  Some light is shed on the general attitude and public disbelief in land reclamation during the early years and a review is presented of the 100 years history of soil conservation and land reclamation efforts in Iceland. Furthermore, the exhibition shows the approach and methods applied in today’s soil conservation endeavors, and major schemes in land reclamation and ecosystem restoration are enlisted, as well as participation in international programs.
Sagnagarður will be open 9:00-16:00, June 1st – September 15th