The saga of Randulff’s Sea House is one of the most unusual and remarkable stories in Iceland today. Built in 1890 by the Norwegian fisherman Peter Randulff, the building was used for landing and processing herring, as well as providing fishermen with lodging in the upstairs quarters. 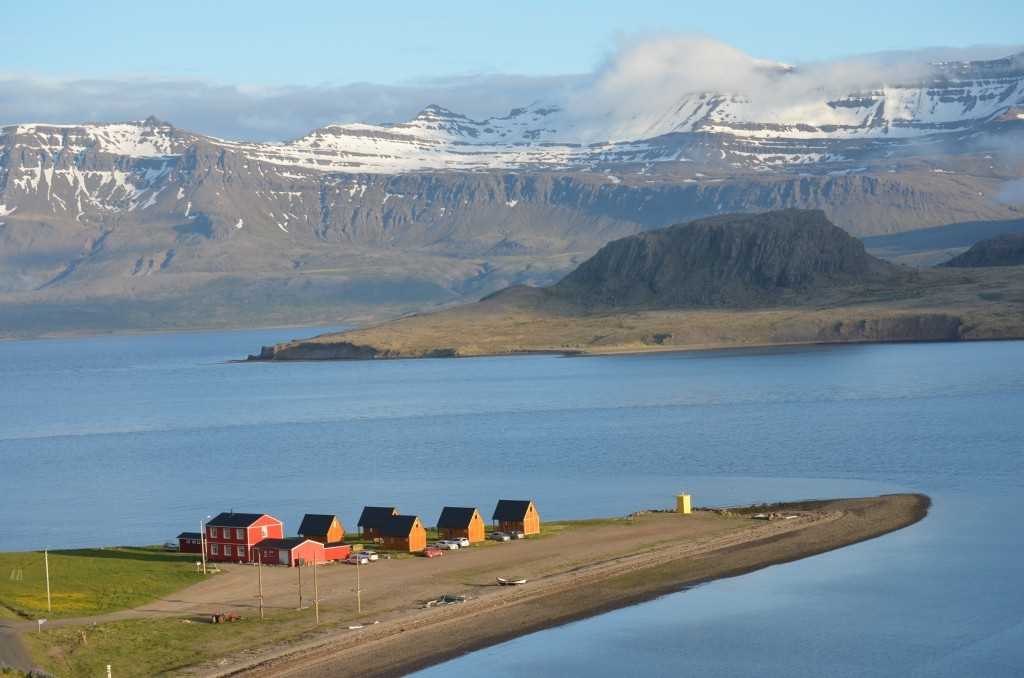 After the demise of the herring era in 1930, the Sea House sat unused and abandoned for almost 90 years. When it was finally opened in 2008, the interior was found untouched and perfectly preserved as if frozen in time. Upstairs, trousers were still hanging on hooks, several pairs of boots were left under the bunk beds and a large collection of letters to loved ones on the continent were discovered. Curiously, no Icelander had ever seen the inside of the building until it was opened in 2008. 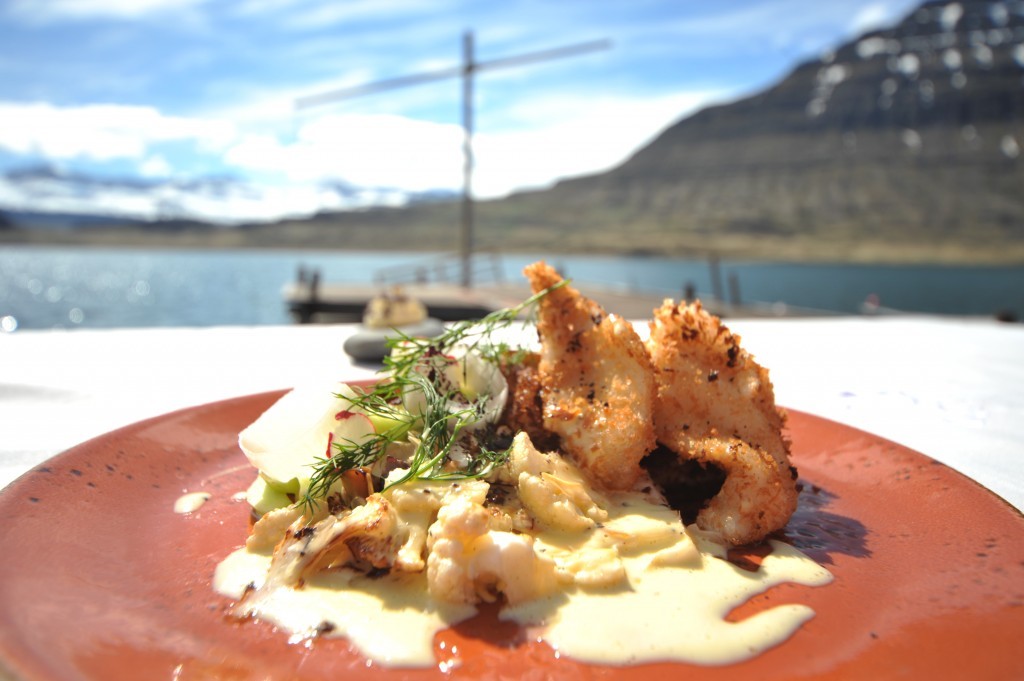 Dine back in Time
Mjóeyri Travel Service organises tours and events at Randulff’s Sea House, now operating as a restaurant within a museum. Visitors can tour this fascinating building and afterwards enjoy a traditional meal with starters such as fermented shark, dried fish and herring on rye bread, chased by a shot of brennivín. The menu includes dishes made with ingredients from around the fjord. Try the reindeer sausages with rice and chili sauce or the smoked and cured reindeer with salad and blueberry sauce. Traditional fish, meat soups, and roast East Iceland lamb can also be provided for group lunches or dinners with advanced booking.
As a travel service, Mjóeyri offers a wide variety of activities in the area, including boat rental, reindeer watching and/or hunting, nature hikes and bird watching tours and skiing in winter. Tailor made tours according to your wishes, can be arranged. 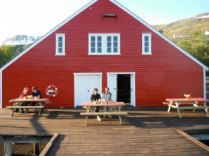 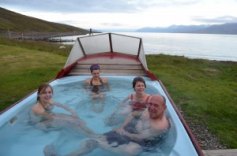 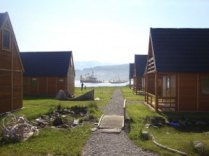 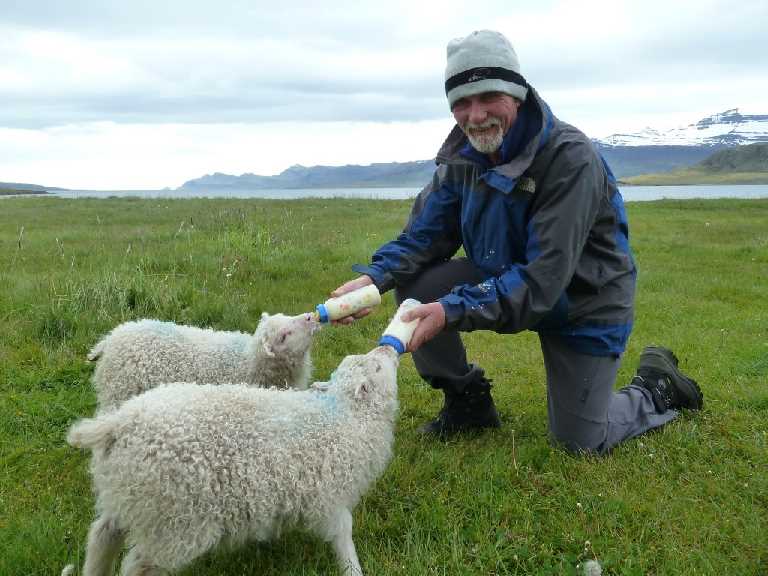 Iceland Spar
It has been speculated that the ‘sunstone’ mentioned in medieval Icelandic texts was Iceland spar and that Vikings used its light-polarizing property to tell the direction of the sun on cloudy days, for navigational purposes. The mineral, known formerly as Iceland Crystal, is noteworthy for its extraordinary properties of double refraction, which was studied at length by prominent scholars such as Christiaan Huygens and Sir Isaac Newton. Intriguing visits to Helgustaðir Cave, where Icelandic spar was mined from the 17th—20th centuries are made possible with Mjóeyri Travel Service, guidance and equipment included.
Mjóeyri Travel’s striking summer houses stand tall against the jaw droppingly beautiful background of the setting sun beyond the mountains. Owners Berglind and Sævar welcome you to spend a day, a week, a month on the blissfully tranquil shores of Eskifjörður in East Iceland.