There are about 7000 reindeer in the country, all in East Iceland, and they all roam free. They were transported to the country in four groups between 1771 and 1787. The stock remains in the country’s eastern half, from Langanes in the north to Jökulsárlón in the south. They mostly stay in the highlands in the summer, in the wilderness north of Vatnajökull, around Snæfell. The reindeer come down from the mountains in the winter, like this beautiful group I met in Reyðarfjörður. 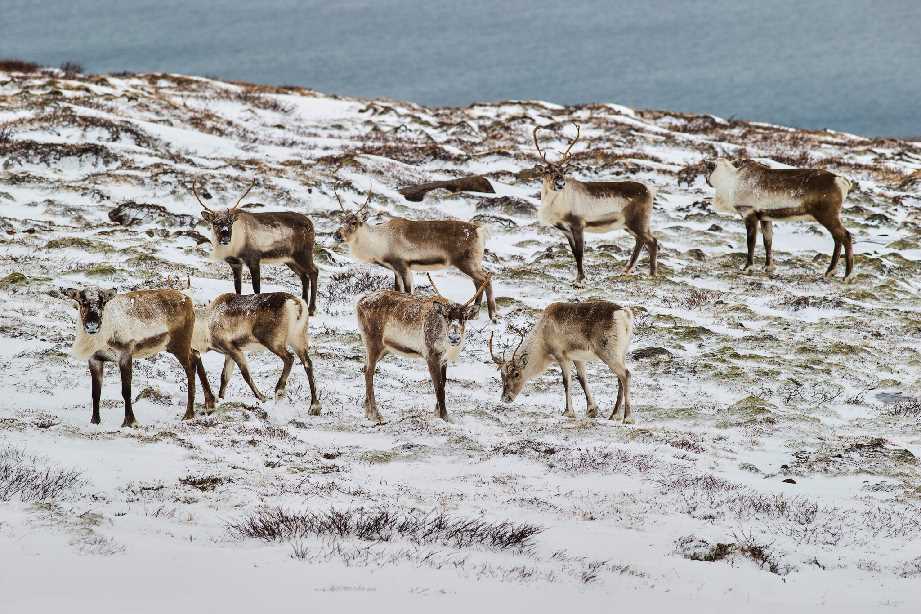 The Icelandic reindeer all came from northern Norway at the end of the 18th century. Laplanders came with them to teach us reindeer husbandry. It failed. East Iceland by Glettingur