Northern Iceland: All kinds of delights, natural and cultural

Northern Iceland: All kinds of delights, natural and cultural

The northern part of Iceland, with its mountains, waterfalls, small streams, volcanic areas, islands, green valleys and vast deserts, is certainly worth a visit. It also offers a variety of cultural experiences, scenic fishing villages and a beautiful cultural landscape of farming, museums, events and seemingly-endless opportunities for experiences, whale watching, rafting, horse riding and so on. 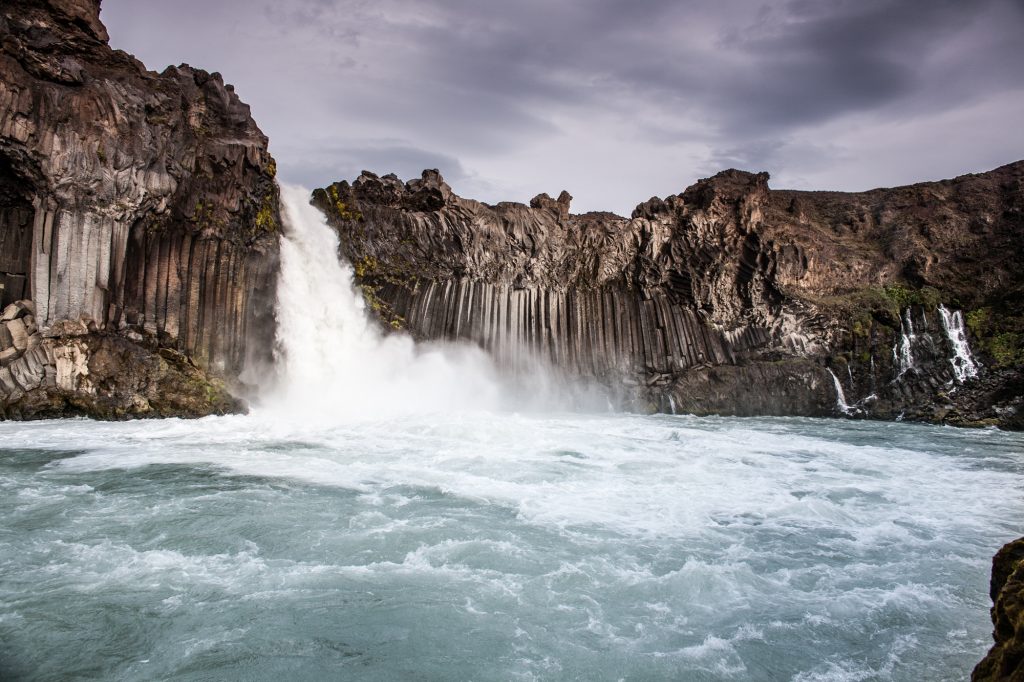 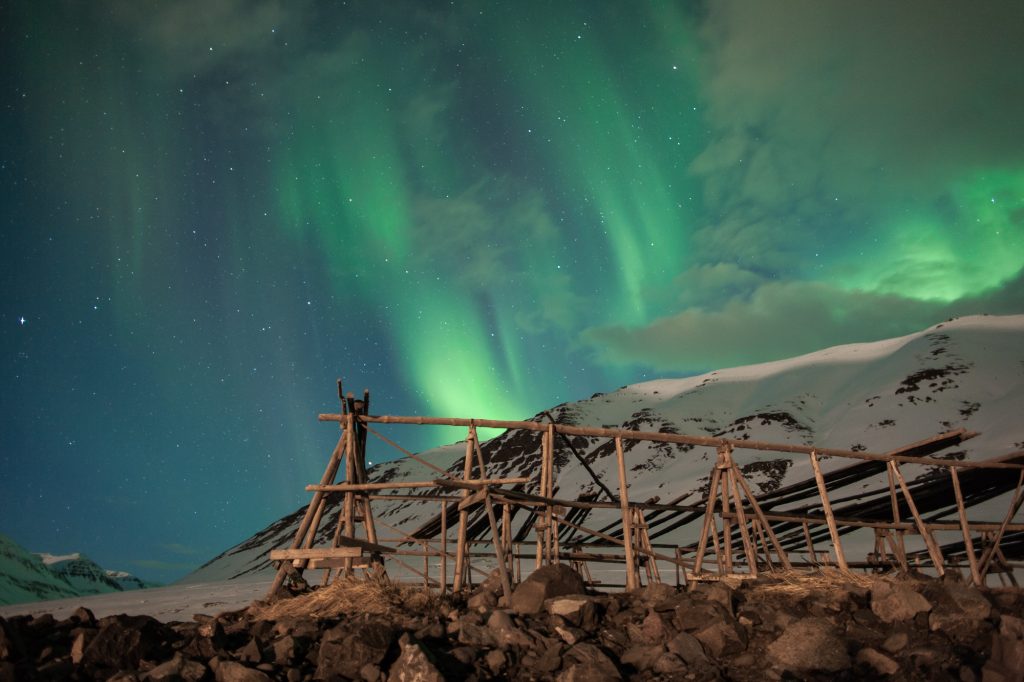 Gems of Nature
Northern Iceland has every kind of nature imaginable. Mountains dominate the landscape in many parts of the area, and they come in all shapes and sizes. The highest mountains are in the centre of the area, in the magnificent mountain ridges of Tröllaskagi around Eyjafjörður, but on the highland plain single mountains of volcanic origin rise from the plain here and there, like Herðubreið.
In the valleys the rivers cascade towards the sea with incredible speed and sometimes fury, where they turn into massive waterfalls. The most powerful waterfall in Europe is to be found in Northern Iceland, in the river of Jökulsá á Fjöllum. This is Dettifoss. Other famous waterfalls are in the river of Skjálfandafljót a bit further west, the magical Aldeyjarfoss at the edge of the highlands, and Goðafoss, right on highway 1, easily visited and a great sight. 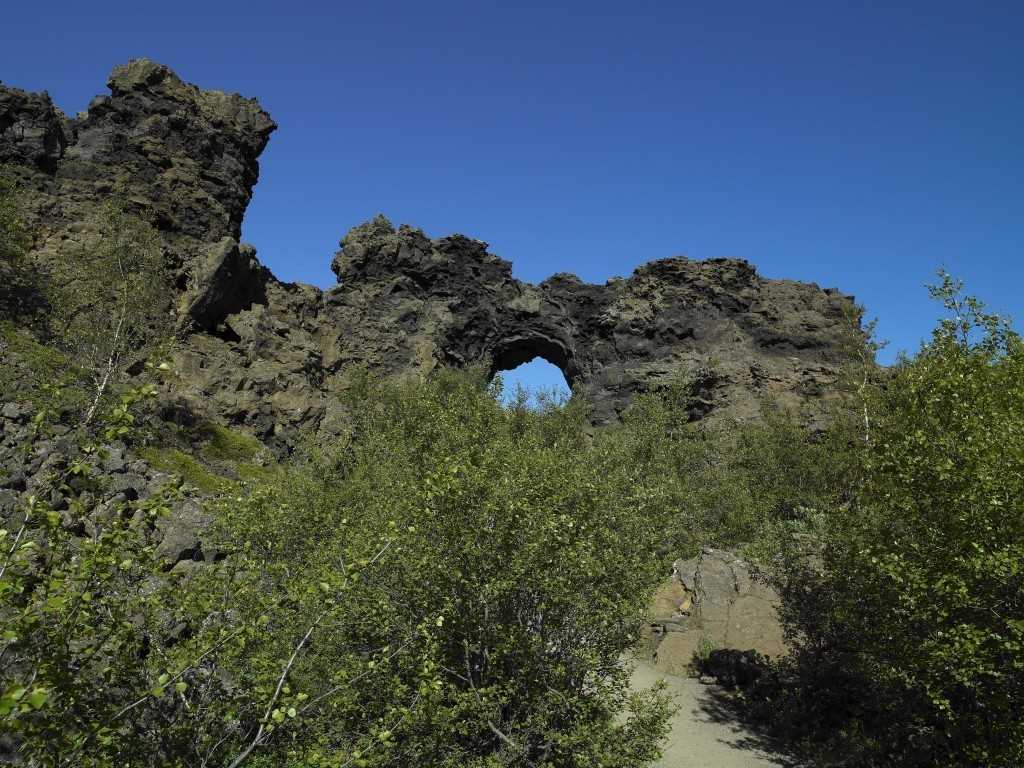 Lake Mývatn area
Lake Mývatn is the natural gem above others in Northern Iceland (and even Iceland in general), a breathtaking area with so much variety the mind boggles. The lake itself is a wonder apart, with rich bird life, incredible lava formations and beautiful islands. The mountains rimming the lake are many and varied in form, some of them gigantic lava craters, and close by there are some of the most famous natural wonders of Iceland, like Dimmuborgir (the name means dark castles, in this case castles of lava, which gives an indication of the nature of the area), and the hot springs of Námaskarð. 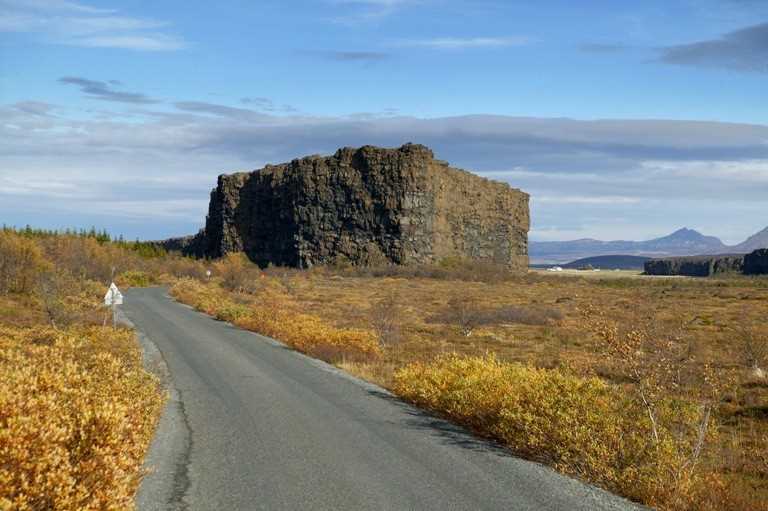 All over Northern Iceland nature surprises and offers all kinds of experiences. The island of Drangey in the middle of Skagafjörður rises steep from the sea with sea bird cliffs. The islands of Hrísey and Grímsey offer other kinds of experiences, they are both inhabited with scenic fishing villages. Langanes in the extreme northeast is famous for its bird life, and Vatnsnes in the extreme northwest for its seals. In Vatnsnes the rock Hvítserkur stands close by the shore. Ásbyrgi and the gorges of Jökulsá á Fjöllum below Dettifoss are very special places like the landscape of a fantasy movie come alive. 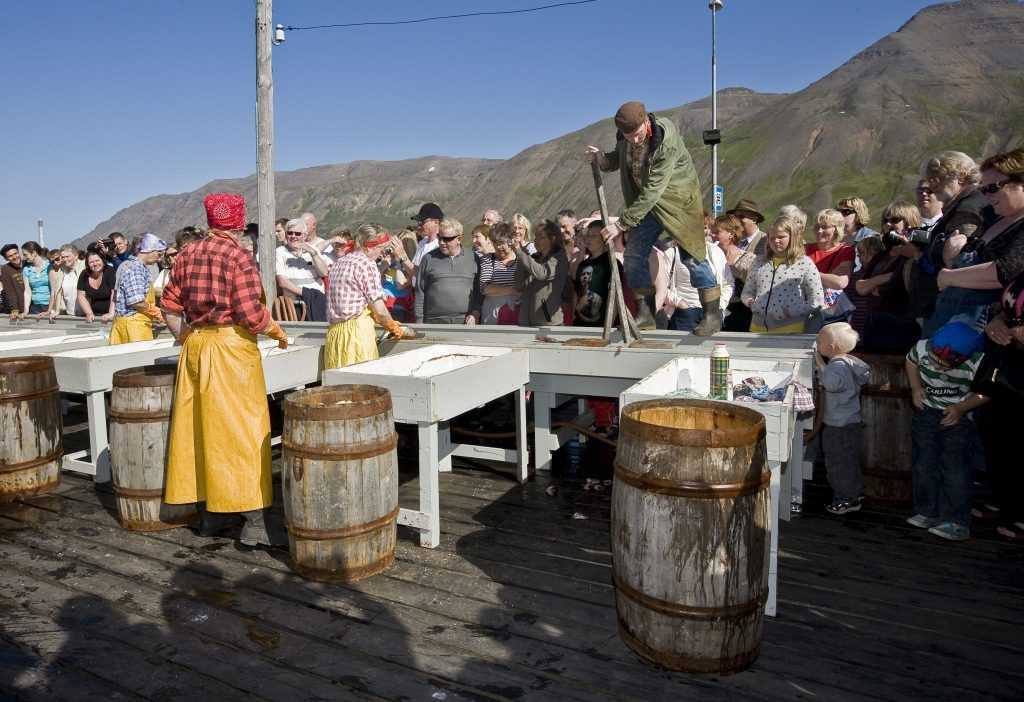 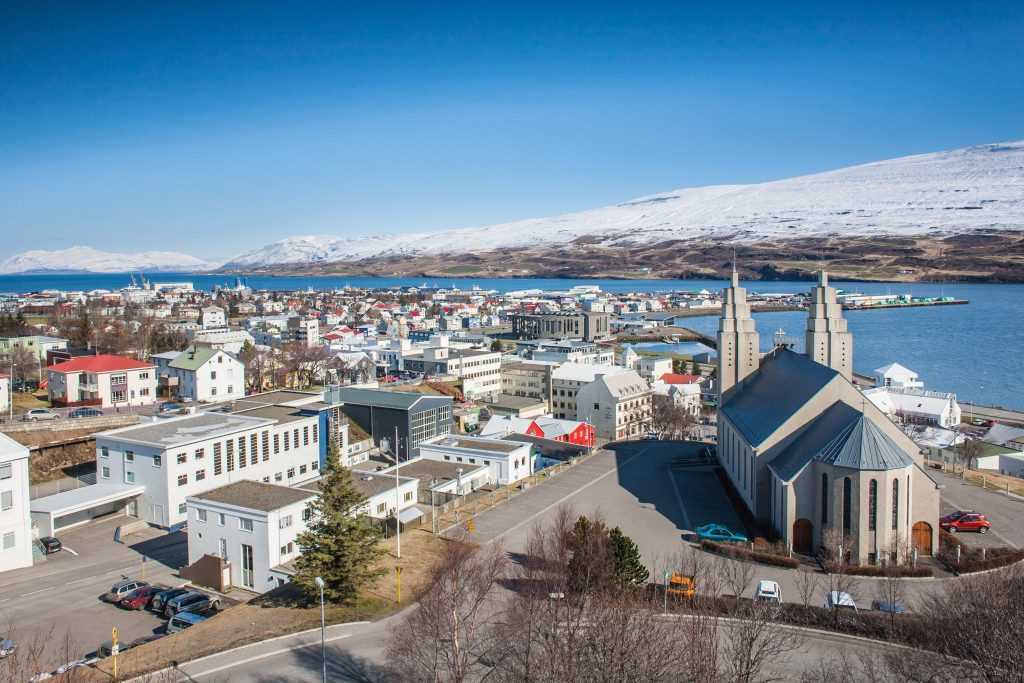 Town and country
Northern Iceland contains some of the most scenic and beautiful towns in Iceland. Akureyri, Siglufjörður, Hofsós, Húsavík, Hjalteyri and many other villages all lie in wonderful settings, many with old quarters of beautiful wooden houses from the 18th, 19th and early 20th century. Siglufjörður is home to the Herring Museum, memorizing its golden age of herring fisheries in the 20th century. Akureyri, the biggest town, houses many and varied museums and collections, and it is a lively cultural center in most fields of culture. In all these towns there are possibilities for playing golf, swimming, looking at museums, eating good food, hiking and going on a boat trip. The old capital of Northern Iceland, the bishopric of Hólar in Hjaltadalur, with its 18th century cathedral and 19th century agricultural college, lies in Skagafjörður. Skagafjörður teems with historical places, old battlegrounds and forgotten manors, as does Eyjafjörður and in fact the whole area. The area is also an agricultural area with fields of hay and grain, horses, sheep and cows walking the meadows. 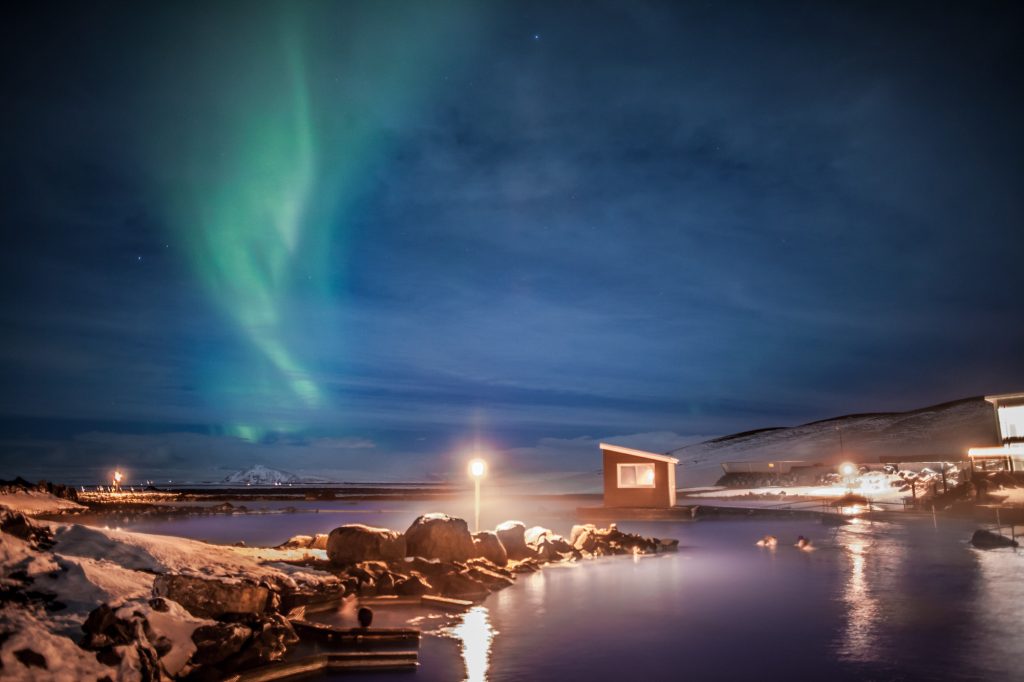 Every town has its own festival
The town of Dalvík is famous for the Fish Day, a day when everyone can have several free meals consisting of fish recipes. Several tens of thousands of people show up every year in the second weekend of August for this great festival of food and fun, not least the numerous diaspora of Dalvík and Svarfaðardalur. All summer there is a festival going, Swedish days in Húsavík in late July, festival of country & western music in mid-august in Skagaströnd and so on. An organisation of local food is active in the area. It is called the Northland Food Cluster and consist of the local food organisation in Eyjafjörður, Matarkistan (Food Chest) in Skagafjörður and Þingeyska matarbúrið in Þingeyjarsýslur.
All kinds of hotels, hostels, bed and breakfast is available, both in the towns and in the countryside, and the possibilities for eating out are many and varied. 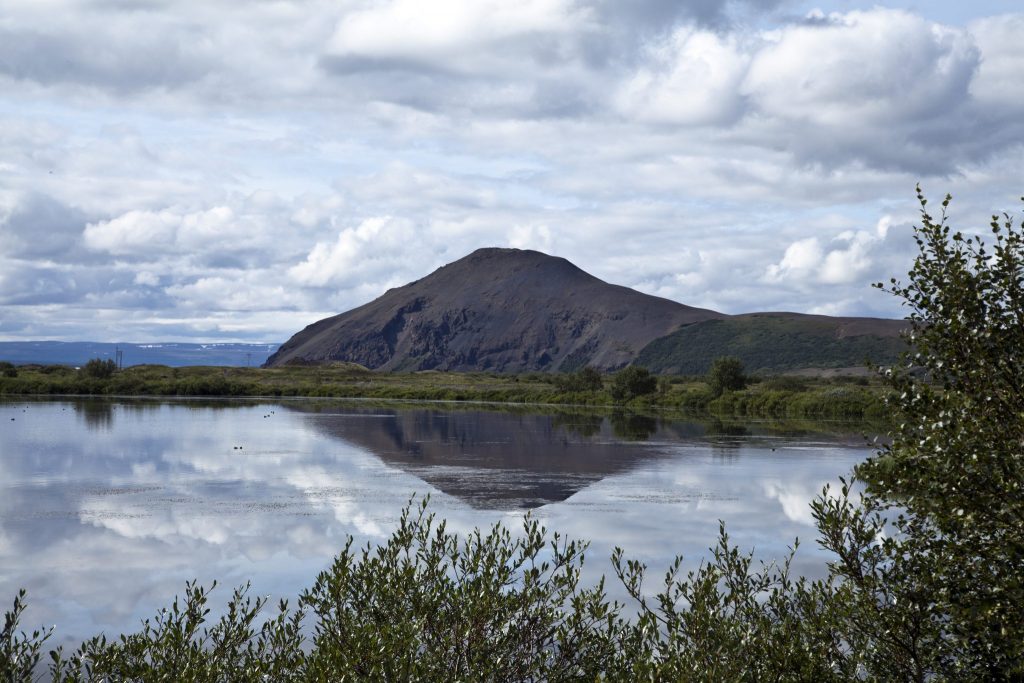 Information on all this can be found at www.nordurland.is