“Row for Your Lives!” The Reykjanes coastline

“Row for Your Lives!”

Fishing has always been dangerous around the Reykjanes coastline. Until 1928, rowing boats were used, often in terrible weather and high seas. Calm seas turned into a churning inferno with waves taller than houses, within a matter of minutes. There were no harbour facilities along the whole south coast, so fishermen would have to wait for a particularly big wave to take them to the beach, whereupon the cry, “Row for your lives!” would be heard and a grim desperation took hold. They could miss the beach, be overturned in the surf or swept out to sea. Their lives were at stake! Having reached the beach, the heavy boat would have to quickly be hauled up to safety. For this reason, no larger boats could be used. As a stark testament to the dangers of the sea, there are over 100 shipwrecks in the area. The rescue service is now 80 years old. In 1931, a breeches buoy was first used to rescue 38 crewmen from the French trawler ‘Cap Fagnet’. It was not until 1985 that the first lifeboat was introduced, followed by a second, bought from the RNLI in 1998. Every year on the 1st Sunday in June, the country shows its appreciation to the fishermen with Seamen’s Day, a major festival that is especially popular in Grindavik.

According to Landnáma (the Book of Settlements), the oldest historical record of  the country, two Vikings settled in Reykjanes in 934 AD. For many generations, agriculture was the area’s main occupation. Fishing, though, was a key element in the survival of the people but, due to the lack of a harbour and the rough seas, many lives were lost. In the 1500’s, salted fish was sold to the British and Germans but the main industry was dried fish, called ‘stockfish’. Today, however, saltfish or Bacalao is a big industry here. It has become a national delicacy of four countries: Spain, Portugal, Greece and Italy. 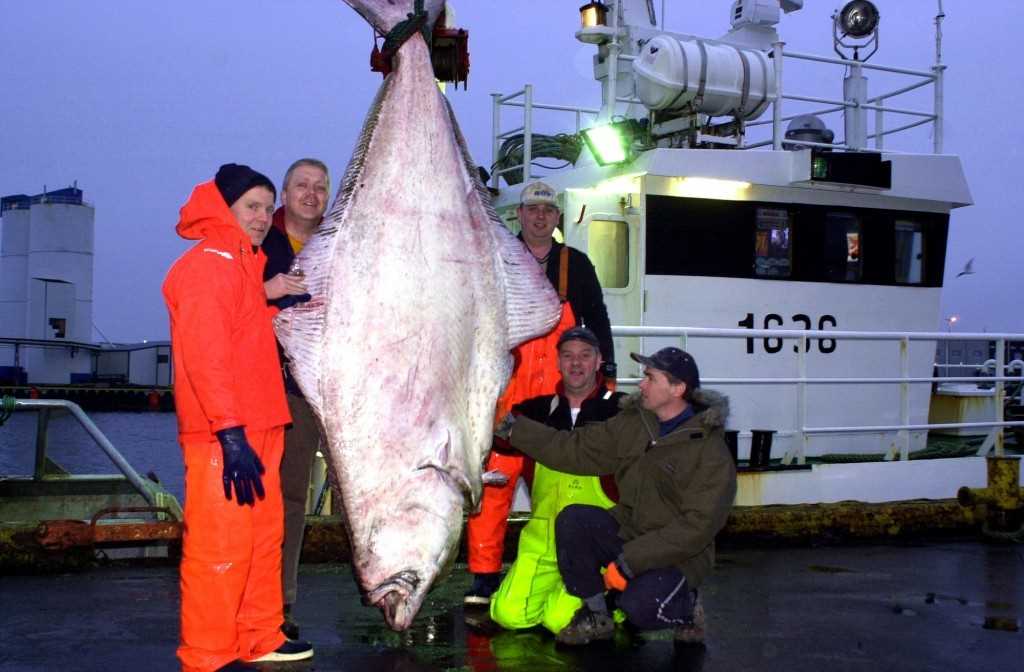 A story is told of Columbus being shipwrecked in the Bay of Biscay, where he was rescued by a British gunboat. At this time, the British had stations in the Westmann Is., Grindavik and Snæfellsnes. There are speculations that he may have stayed in Grindavik, where he heard about Vikings who travelled to America…and the rest is history! Things were not always peaceful with the British. In 1532, the first of numerous ‘Cod Wars’ took place in Grindavik, when Germans and Icelanders attacked the British. In 1930, a stream from a freshwater pool to the sea in Grindavik was enlarged into a canal and nine years later, the first harbour was competed, built by hand with picks and shovels, which enabled motorised boats to be used – and a revolution in fishing began. The town’s population has risen to over 2,800 today, making it a thriving centre and Grindavik is always one of the top three towns of fish landed. 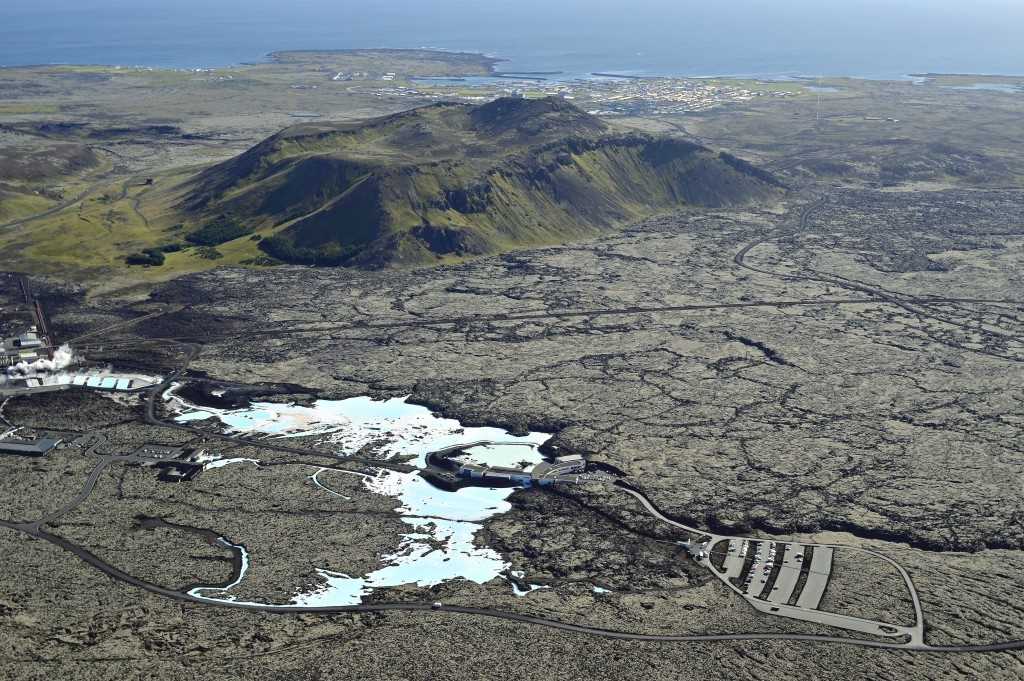 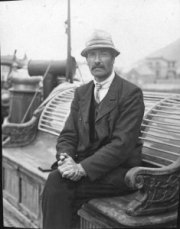 Little was known about the different fish species or their lives until the 20th century. In 1867, a boy was born in Grindavik who would change that. Growing up, Bjarni Sæmundsson went fishing with his father. He studied and drew Icelandic birds, fish, animals, flora and fauna. He went to study in Copenhagen. Travelling on fishing trawlers, he catalogued all the sea creatures around Iceland. He opened up the whole field of marine biology as a science in Iceland, writing numerous books. A naturalist at heart, he loved nature in all its forms. Such was his impact that Iceland’s second research vessel is named after him.

When the Oil Crisis of the 1970’s struck, the Lions Club of Grindavik took innovative action. They drilled for hot water just outside the town. What they discovered and developed has become famous world-wide as the Blue Lagoon. Not only did they discover a source of hot water that could be tapped for both heating and electrical energy but, in the 1980’s, the water was found to contain minerals that had healing properties. No visit to Iceland is complete without testing its waters, and the range of skin products produced from them! Reykjanes is very ‘young’ geologically speaking and to get an idea of the power you are standing on, the immersive Earth Energy exhibit at the Art and Cultural Centre in Grindavik opens up the earth under your feet. 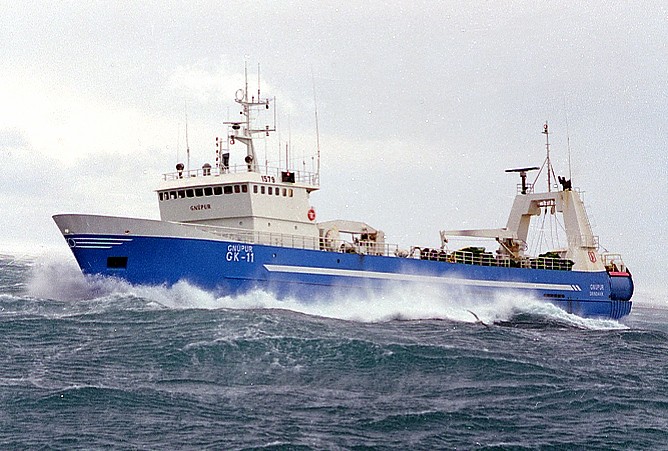 There are comfortable guesthouses and a hostel in the town or, if you are camping or caravanning, take advantage of the new, state-of-the-art campsite from which to base while you visit all the sights that make the area so interesting and unusual. After a day’s sightseeing, the swimming pool offers a great place to relax and chat with the local folk – before enjoying an evening’s entertainment at one of the town’s inns or restaurants. 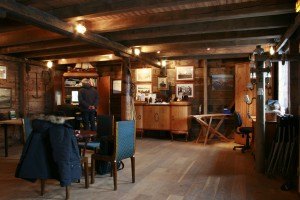 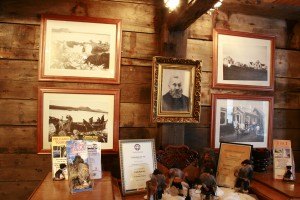 See what it is really like at a fishing port – and what it was like in the past at the Saltfish Museum, with its vivid depictions of the struggle for survival against all odds. From shipwrecks to boiling hot mud pools and geysers, from sailing to craft centres, from lighthouses to crevasses splitting the continents, from birdwatching to quad bike tours across lava mountains, from fishing to art galleries, from horse riding to bike riding, from museums to volcano tours, there is more than meets the eye when you drive down from the Blue Lagoon to the town! Grindavik is a child-friendly town. Even more, it brings out the childish curiosity in adults and children alike, leaving them with images and experiences that will linger in the memory of a world so different and so fascinating that next time, you will book a much longer visit!