Icelanders have caught fish from the sea from the first settlement. Seafaring is the basis for the settlement of the country, but the sea is also merciless and has taken many lives.

I have always been drawn to the sea and the deep natural power that resides in it. Last summer I was fishing out west on a small boat. To strengthen my spirit and my connection with the ocean and fishing, I started to paint pictures that captured my imagination and experience – the sea and the boats that sail on it.

Every sea trip has turned out to be an adventure. Some days everything goes like a fairy tale. The boat is seaworthy and the fishing gear is ready. Go out in the middle of the night with an empty fishing boat and hope for good weather and sea conditions. Sailing out to the promising fishing grounds to the open seas out of Patreksfjörður and turn off the diesel powered engine. Jig for a while, with only the company of seagulls and the soft murmur of the electronic jigging machines and simply enjoying the moment unhooking fish, working on the catch and containers fill up. On the way back, calm takes over. The catch is landed and brought to market and sparkling fresh fuel fills the tank.

Other days don’t go so easily and it’s hard to admit defeat – for example when the engine broke down far out in the ocean and I had to ask for help to get back to port. The gratitude for Steini with his boat Mars that towed to harbor was thankfully appreciated.

The sea is different from one moment to the next. One moment, it is smooth with soft waves. Moments later there are fine ripples or the sea changes color. Sometimes the wind increases during the day and then the waves get bigger and sometimes become uncomfortably rough.

Every boat on the sea is unique. The boat needs to be equipped to handle the sea in all its forms. Eyfirðingur EA 91 is a Seigur 870 speed fishing boat with a Volvo Penta D4 engine along with the associated heel drive with propellers, rudder and autopilot, navigation equipment, AIS system, radio station, rescue boat, buoyancy aid and more and more.

The boats I paint are also unique. Not necessarily painted from a specific boat, but rather my imagination of a boat floating on the sea going its own way. The boat is partly a symbol of my own self and partly a symbol of the Icelandic nation or even of humanity as a whole.

The sea I paint is often rough and gray and dark and not very smooth, but the boat is solid and sails confidently on the crests of the waves. The colors in the sea are varied and depend on the gloomy sky. Solid land is far away, but sometimes you can make out mountains and islands.

The sky and ocean tend to merge and the horizon is unclear and uneven. The ocean will not be conquered by human power and we humans will continue to extract value from the sea.

The exhibition is therefore about conflict. Boats fight against waves. Yet not least my inner conflict. There are also other and larger conflicts. Battle of the sky and the ocean. The battle of light and dark. Truth fighting against lies. The battle of good and evil.

Hopefully good will prevail in the end! 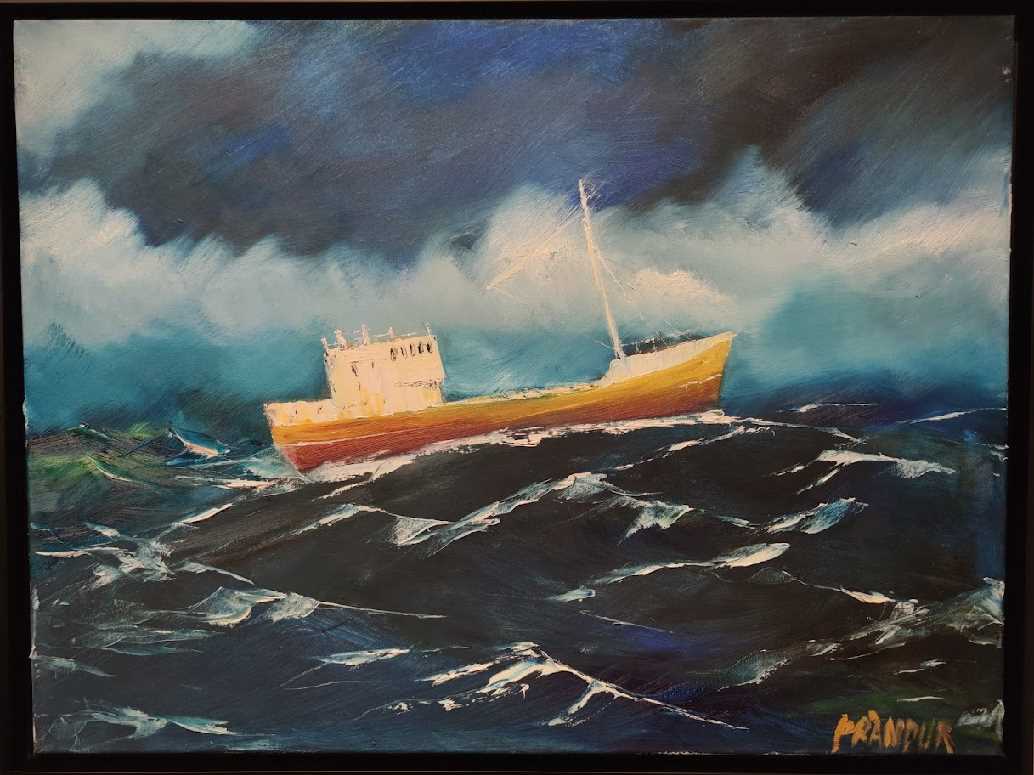 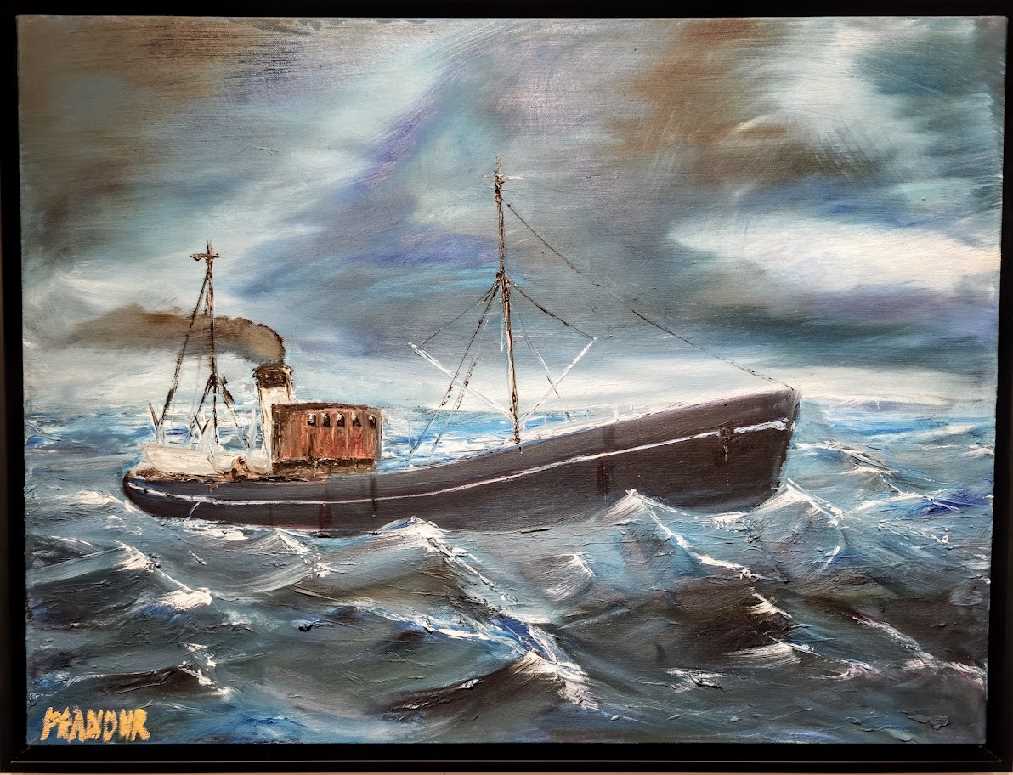 Editorial
Mynd:: Georg Óskar. I forced my drowsy eyes open to find myself on the back of a massive dragon, 2022. Courtes...
Capital Area

Editorial
The Icelandic art scene went through a transformative period in the 1950s, as new ideas and movements gained traction in...