Hotel Reykjavik Centrum is a new first class hotel in the heart of the city, opened on April 1st 2005. It is located on one of Reykjavik’s oldest streets, Adalstraeti, in a newly renovated building, the oldest part of which was built in 1764. On each side of it, new buildings have been constructed in the likeness of their historic predecessors Fjalakötturinn and Uppsalir. The hotel spreads over all three buildings, and is designed in the style found in Reykjavík around 1900. During its construction, the remains of a Viking longhouse from the Settlement Period were found.  Among the finds excavated at the site were Iceland’s oldest human remains, dating from approximately 870 AD. The hotel has 89 rooms, each fitted with modern amenities, such as satellite TV, telephone, Internet access, mini-bar, radio, iron and board, hair dryer, safe and tea & coffee set. All rooms have en-suite bathroom with either a shower or a bath.

Hotel Reykjavik Centrum is a part of Islandshotel hf. 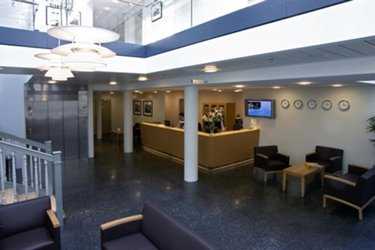