Skógar Museum can be found by the majestic Skógafoss waterfall in South Iceland, 150 kilometres east of Reykjavík. It is a cultural heritage collection of over 18.000 artefacts exhibited in three museums. The Folk Museum offers a variety of tools used for fishing and farming, as well as some artefacts dating back to the Viking Age. There is also the Open Air Museum, showcasing historic buildings from the area, and the Technical Museum, which exhibits many historic vehicles and features from the transportation history of Iceland. This museum is the Crown Jewel of Icelandic regional museums. 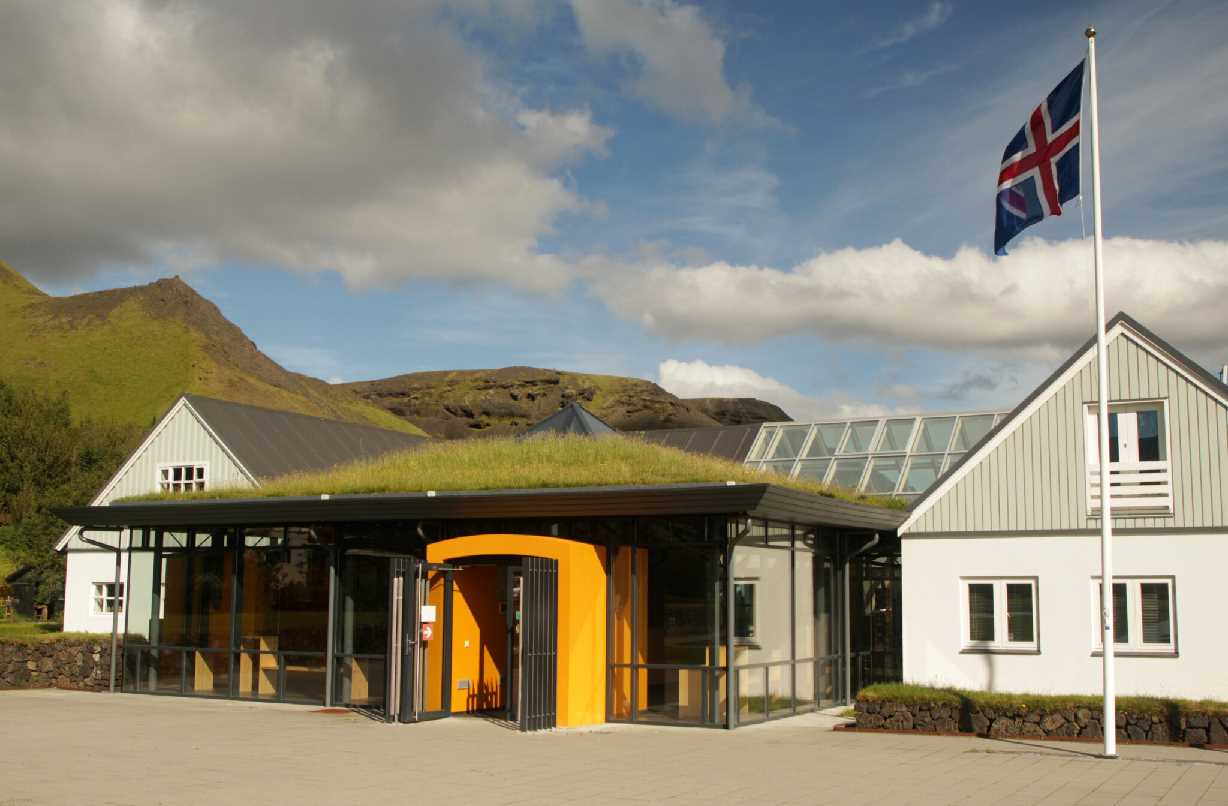 The Maritime section of the Folk Museum contains a large collection of objects related to fisheries along the south shore of Iceland. Fisheries in this region were unusual because Iceland’s sandy south coast has no proper harbours; boats had to be launched from beaches open to the North Atlantic waves. The centrepiece of the section is the eight oared fishing boat Pétursey, built in 1855 and used until 1946. The Agriculture section contains tools and utensils used on farms in past times; riding gear, haymaking tools, wool-working and iron-working equipment. In a subsistence economy, farming households had to be self-sustaining, making and repairing all their own tools and utensils.

The Folk Museum also has an esoteric collection of anything from textiles to natural history to rare books. In the original turf houses rebuilt in the Open Air Museum one can catch the atmosphere of times long gone and experience the living conditions in Iceland throughout the centuries. The Technical Museum tells the story of technology and transportation and its development in Iceland in the 19th and 20th century. Among the many automobiles and two airplanes on exhibit is the world‘s best preserved Kégresse P15N track – a must see for all car enthusiasts. Þórður Tómasson was born in 1921 and developed an interest for folk culture from a young age. Growing up in the countryside in South Iceland he starts to notice swift changes in the daily life of what was essentially a farming culture that had not changed for centuries. As working methods modernized and old equipment became redundant, the tendency of the farmers was to get rid of it. Þórður starts from a young age to collect old equipment that was being discarded. He also spent a long time listening to the elderly as he was growing up and later started to document oral history.

In 1944, the residents of the two farms at Ytri-Skógar donated 69% of their land to the counties of Rangárvellir and West Skaftafell, to construct a new boarding school. At the first meeting of the school board in 1945 it was suggested that a folk museum also be established. Skógar Museum was founded in 1949, and the first exhibit was set up in the school basement on December 1st the same year.  Initially Þórður Tómasson took responsibility for the museum, and in 1959 he was appointed as director. He was an organist in two churches and for many years he was a member of the parish councils of both. For ten years he was also a member of the Rangárvellir county council. In 1997 Þórður was awarded an honorary doctorate by the University of Iceland for his contribution to research in the public interest. Þórður continued his work for the museum until he retired in 2014.

Þórður has written more than 28 books about the old Icelandic farming culture, folklore and the artefacts that can be found in the museum. This year Þórður Tómasson celebrated his 100th birthday.