The Vatnajökull region is narrow stretch of land that lies just below Vatnajökull Glacier, spanning from Lómagnúpur in the west, to Hvalnes on its eastern border. From the highest peaks of Hvannadalshnúkur, down to the expansive glacial outwash plains that characterize the area, the region embraces over 200km of Iceland’s main ring road. Presiding serenely over the area, Vatnajökull Glacier rises to just over 2,000 metres and conceals a number of very active volcanoes under her massive ice cap. Formed as a result of the relentless grinding and crushing of everything in its path, many scenic wonders can be found at the very edges of the glacier. Glistening glacial lagoons, thundering rivers and waterfalls as well as numerous ice caves are just some of the natural gems that can be found within the borders of the region.

Iconic glacial lagoons
The popular Jökulsárlón Glacial Lagoon has certainly been a popular destination in recent years, and now its sister, Fjallsárlón, is set to join in the limelight. The beautiful lagoon, which lies hidden just 10km west of Jökulsárlón, now hosts a team of well-seasoned locals offering zodiac boat rides on its pristine waters.

Into an ice-blue world
Should you have your heart seton visiting an ice cave, look no further. These crystal-ice-blue caves are only open from November to March for obvious reasons and several local companies run by experienced teams of caving experts offer tours into this ever-changing world of subglacial speleology. 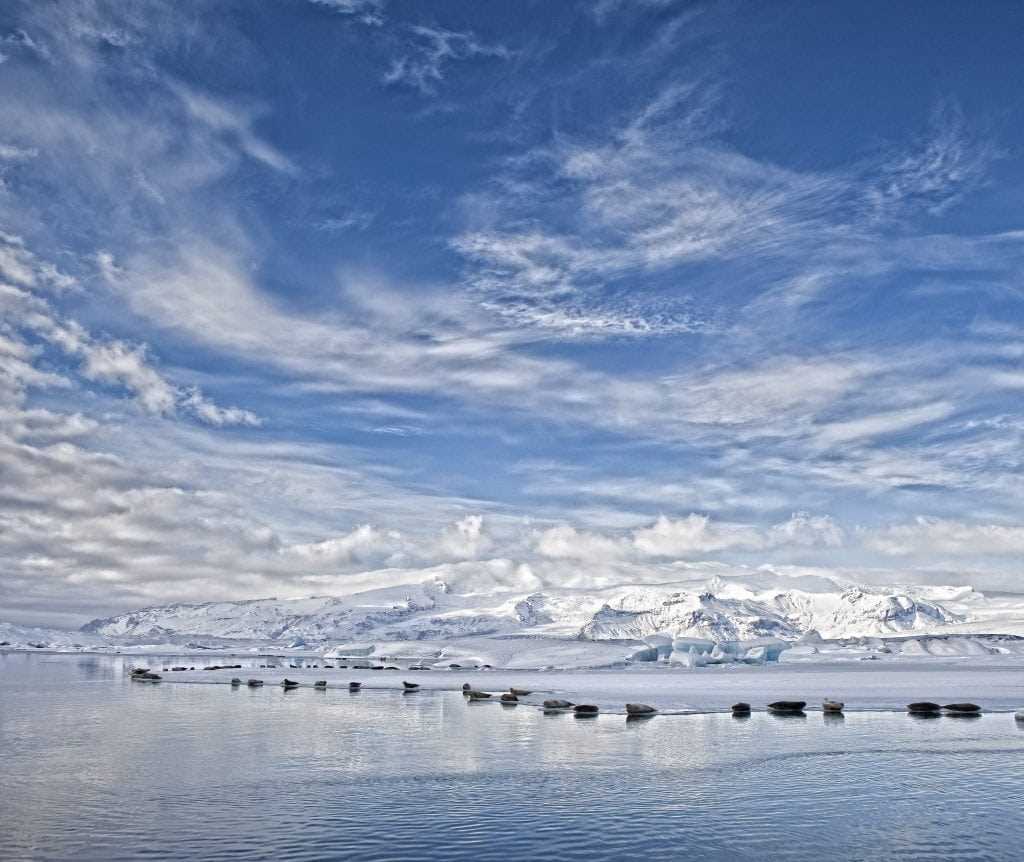 Kayaking for everyone
It’s so relaxing taking a kayak out on the peaceful waters of Heinaberg Lagoon in the heart of the Vatnajökull region. This is a wonderful opportunity for everyone from complete beginners to seasoned kayakers to experience the beauty of this very special corner of Iceland. Of course, there are just oodles of other activities as well–take a snowmobile, jeep or hiking tour on the glacier, observe puffins at Ingólfshöfði, or get a bird’s eye view over the glacier on a sightseeing flight, and don’t forget the not-to-be-missed annual fireworks extravaganza at Jökulsárlón in late August.

For more in-depth information about the Vatnajökull region, check out their website listed below.