The southernmost tip of Iceland… soon

The southernmost tip of Iceland… soon

The promontory Dyrhólaey was the southernmost tip of Iceland until the Katla eruption in 1918. During the eruption, Kötlutangi formed south of Hjörleifshöfði, 20 km / 12 mi east of Dyrhólaey and reached more than a kilometre further south than Dyrhólaey. Soon, however, Dyrhólaey, which was formed in an underwater eruption 100 thousand years ago, will regain its title as the southernmost point on the Icelandic mainland. Kötlutangi decreases rapidly due to currents and surf and now reaches only 250 meters south of Dyrhólaey. A lighthouse was first built on this 120-meter high inland island in 1910; it was rebuilt in 1927. Dyrhólaey was protected in 1978 due to its unique nature and incredible birdlife, but a large puffin population there. At the top of Dyrhólaey, there is a beautiful view to the west of the south coast to Pétursey and Eyjafjallajökull Glacier. The green and lush Mýrdalur valley is to the north, as well as ​​Mýrdalsjökull Glacier, where Katla volcano is. In the east are Reynisfjara Beach, Reynisdrangar and Reynisfjall mountain. In the far south, you can see Antarctica…. no, that’s actually a lie. 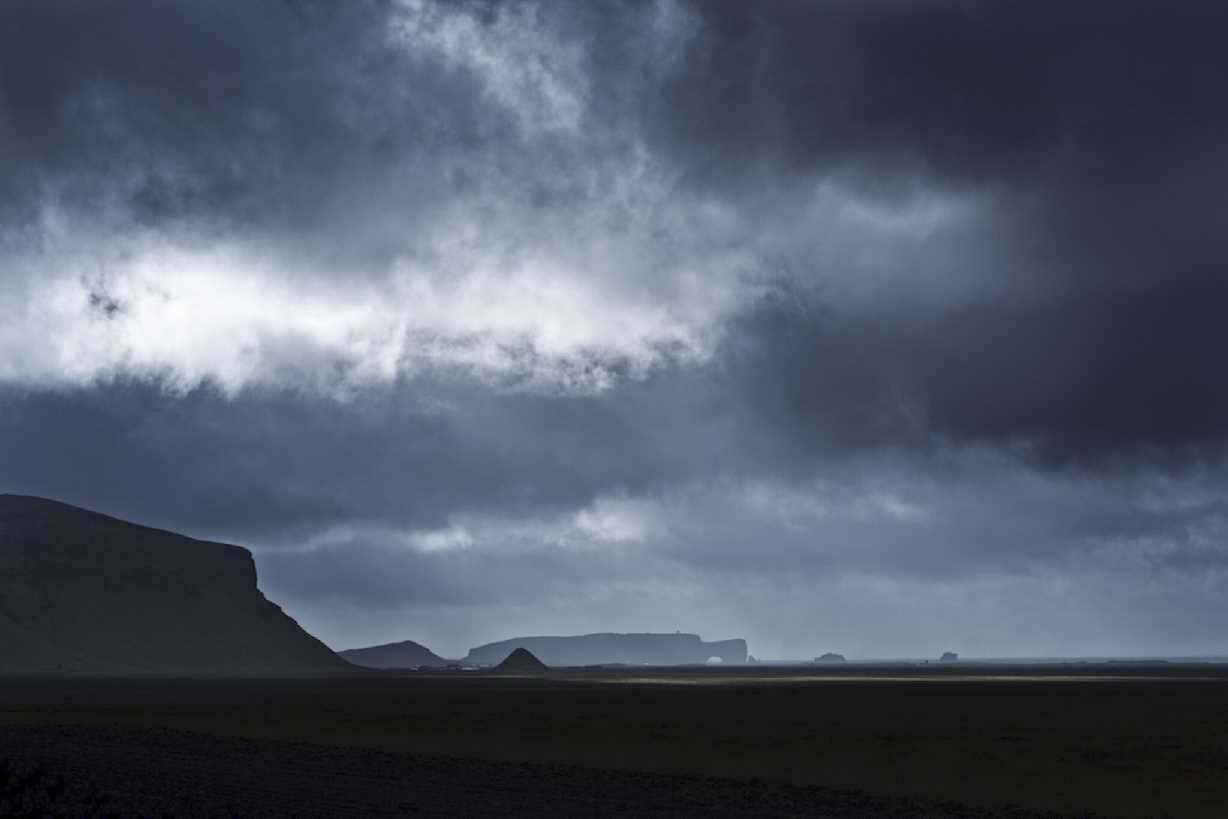 Weather changes at Dyrhólaey. Part of Pétursey can be seen on the left in the picture.