Tórshavn may be the smallest capital in the world

Tórshavn may be the smallest capital in the world

They struggled and worked hard to get the rope in place. Their first attempt was unsuccessful because a part of the mountain split. They did however not give up but struggled all night so they could start their cumbersome journey back to Iceland. 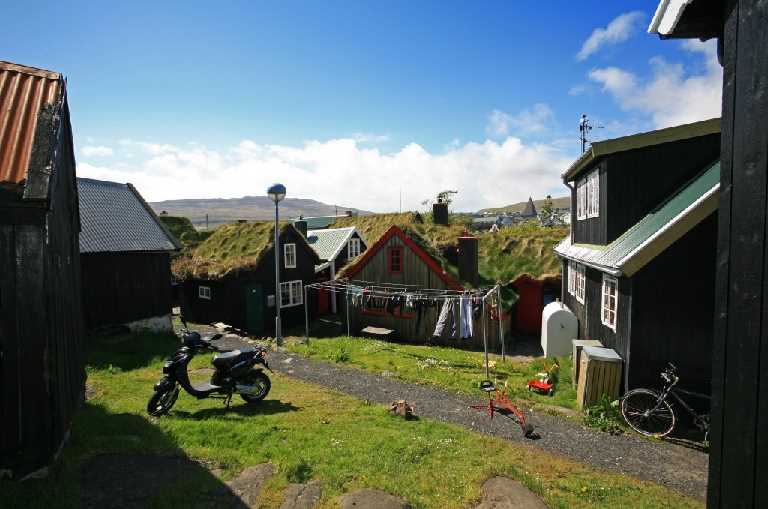 Like all creatures of the night the giant and the witch knew they had to hide before the sun came up, as they could not bear the light of the day. This night they were so occupied with their task, that they did not notice the first beams of sunlight that appeared in the dark horizon, and so they were turned into stone in the middle of their work. Ever since they have stood there staring longing towards their homecountry. 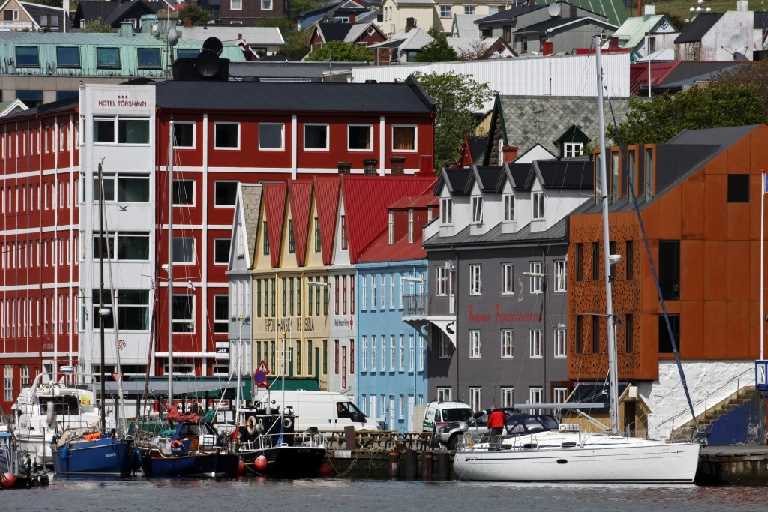 The Faroe Islands are the country that most people did not know existed. And it is not strange that people do not know about the Faroe Islands. On most world maps they are not even there. And if they are, they are marked by two or three small dots hardly visible to the naked eye. This also means that it can be difficult for tourists – who are looking for a new destination – to imagine the versatility of what is on offer in the Faroe Islands.

The Faroe Islands are characterised by an incredibly fresh and clean air, green green grass, that even grows on the roof tops of people’s houses, dramatic landscapes with steep mountains, fjords, a rich bird life, cosy villages with colourful houses and clean and tasty water. A country where the views are always breathtakingly beautiful.

Tórshavn may be the smallest capital in the world, but it still has 4 star hotels, 5 star conference facilities, excellent restaurants that serve food based on local produce like fish, lamb, birds, seafood and herbs, a thriving music scene and designer shops that sell products rooted in traditional Faroese knitting – that are sold throughout the world.

Instead of tearing down the old part of town, the small houses with their characteristic grass roofs, white framed windows and black wood have been carefully restored and today they are the homes of families with young children. Also Tinganes where the Government sits is an important landmark in Tórshavn with its red buildings and grass roof.

The Faroe Islands are well suited for special interest groups. 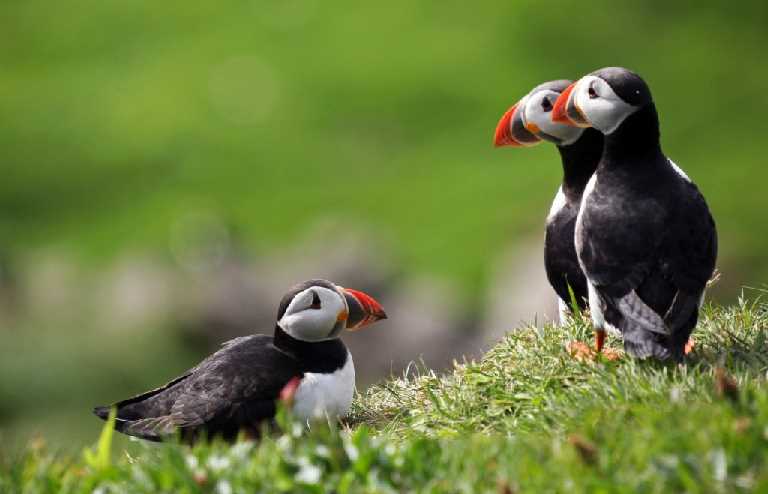 Bird watching
Especially the island of Mykines – all the way to the west – is a true bird paradise with thousands of puffins, gannets, guillemots and other seabirds. It is possible to get quite close to the birds either by boats that do excursions along and under the majestic bird cliffs or by walking in nature 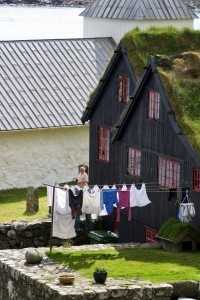 In addition to the seabirds the Faroe Islands’ remote location functions virtually as a magnet for birds that migrate over the North Atlantic Ocean. Around 300 bird species have been recorded in the Faroe Islands, but only around 100 species are regular migrants or breeding birds. This means that about 200 species are rare migrants and new birds are added to the national list every year.

All in all the Faroes Islands are among the least explored countries in Western Europe when it comes to birdwatching in spring and autumn. Here is a chance to find your own rarities as there are only a few birdwatchers out there. And you can find some of the birds that people elsewhere travel miles and miles to see.

Hiking
There is nothing like a hiking trip in beautiful and dramatic landscapes where you can enjoy the tranquillity and breathe the fresh air. You do not have to go far to experience outstanding and unspoilt nature and on the routes you will also experience many interesting places connected to our history and traditions.

The Faroe Islands have a large number of village paths, which are ancient communication routes between villages. Before roads were constructed people walked between the various villages to gather at the nearest “Thing”, to sell and buy goods and for church services: christening, weddings and the last journey – in a coffin. These ancient paths are marked by cairns and the cairns mark the direction of the path, so the hikers do not get lost.

Climbing up on the top of a mountain on a beautiful sunny day is an exceptional feeling that you never get tired of. It might be a bit hard to reach the top but the green grass all around you, the bird song, the ever present sheep, and the magnificent view when you reach your goal are great rewards.

With view over the ocean, other mountains and the nearby island you truly have a moment of tranquillity and silence and a sense of being part of nature.