The Pearl at the End of the Peninsula

At the far end of Seltjarnarnes Peninsula is the small island of Grótta with its magnificent lighthouse. The first lighthouse was built at the beginning of the 20th century, but the current lighthouse was built in 1947. Grótta was considered an excellent place to fish until the great Básenda floods on 9th January, 1799 destroyed both the island’s beach and fields. The area is now one of the leading outdoor recreation areas in the capital area. Grótta is a place where people take their dogs for a walk, go surfing, end their cycling circle around Reykjavík, or just enjoy the breeze that seems to belong in and around Grótta all year round, though it is only possible to access it at low tide. The island is also closed during bird breeding seasons from 1st May to 15th July to protect the wonderful birdlife that nests there on the headland.

It is only possible to access Grótta in low tide. 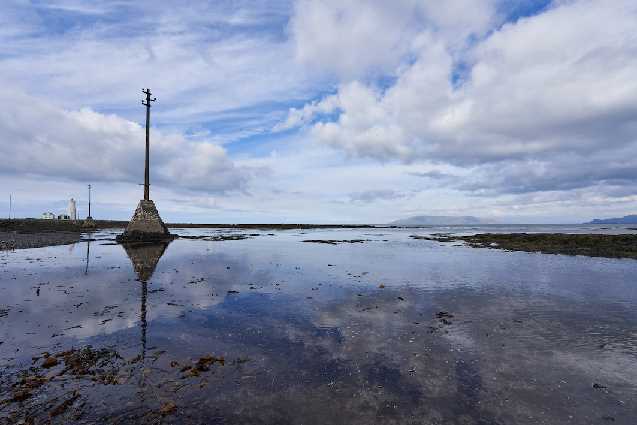 The beach that connects Grótta to the mainland is on the left of the picture.