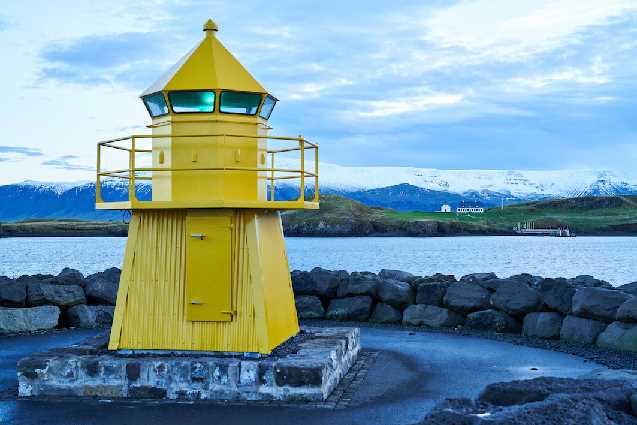 Viðey Island, which lies 600 m / 1968 ft north of Laugarnes in Reykjavík, was considered one of the best farmland in Iceland for centuries. Leaders and intellectuals lived there, and two of the oldest buildings in the country, Viðey Church and Viðey House, built between 1753 and 1774, housed the country’s gentlefolk families and is now open to the public. A restaurant is now in the house.

The eider duck is the most common bird on the island, but 30 bird species nest there. Viðey Island has two outdoor artworks by world-renowned artists, Courses by Richard Serra set up in 1992 and the Imagine Peace Tower in memory of John Lennon by Yoko Ono from 2007.

There are trips to Viðey Island several times a day during the winter months, but only on weekends.