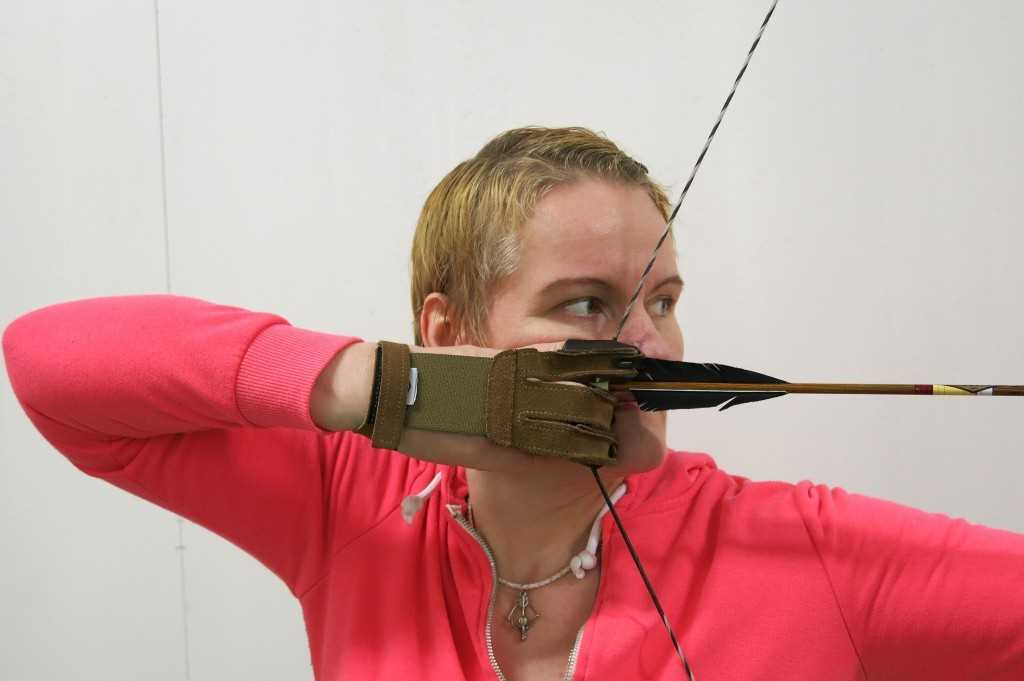 There is hardly an object that gives rise to so many dreams and memories like an arrow with a bow. Childhood games, curved branches and arrows that did not fly, Robin Hood, Hunger Games … however, the idea to try it out, seems to be as far away as the Middle Age itself.
Not the case in this country. Iceland’s first amazon reveals an exciting story.

Two young men sitting together in a bowling hall. “We should do something really funny,” one of them says.
“Archery,” the other replies. And Icelanders are just like this, they roll up their sleeves and head for a gravel road to make their new idea become reality. Until recently it was only within the Icelandic Disabled Sports Association where you had a chance to get a bow and practice – after months of a waiting.
Guðjón Einarsson showed the patience to wait. When he finally received his certificate as an archer, nothing could stop him.
“Gummis friend Guðjón had rearranged his tyre shop and set up a shooting line,” Guðjón’s sister Margrét Einarsdóttir recalls. He managed to infect the whole family with the archery virus. “It was quite hard to learn from your younger brother how to shoot an arrow.” But Margrét proves to be tenacious and falls for archery.

Guðjón and his companion Guðmundur were aiming for more. Everyone should have the opportunity to shoot with bow and arrow. And they actually manage to overcome any obstacle in order to obtain official approvals to open an archery center. Their hall in Kópavogur has been rebuilt by their families in endless evening -and night shifts. “During summer and fall of 2012, there was nothing else. At that time I worked as a kindergarten teacher. After work we went to the archery hall, layed tiles and carpets, errected walls, interior … yeah, at some point you also have to sleep, “says Margrét. The hall has made the family stick together.

On November 9, 2012 the archery center opened for public. The first recurve bows were bought from a distributor, who was about to close. Meanwhile, they chose their wide selection of bows, arrows and equipment for indoor training and webshop from manufacturers all over the world.

Margrét is currently general manager of the “Bogfimisetrið” and exerts her job with such a positive energy that a visit at the “Setrið” comes like a spa break. The overall organization lies in her hands, everything from bookings to course planning and purchasing orders. She has an open ear for each customer, finds time for the students in basic courses and shows all the patience of an excellent professional.
“It has been exploding here in the recent two years,” she smiles, a little proud. “You know, first we were only ten members in the whole country.”

Today, the Icelandic archery association counts 500 registered members with 390 being registered in the archery club most connected to Bogfimisetrið and the disabled archers having their own club members, and there are clubs and training centers across the country.
Far more people have completed the basic course.
In order to own a bow you need to have taken a basic course and be member of the association, as the bow is considered a weapon in Iceland and will registered by the departmental police.
But you don’t have to buy one, because activities in Bogfimisetrið are calculated in a way that everyone can afford training archery without spending lots of money on a tool. “The thing is, you don’t have to practice a lot, you will see immediately what you achieve, where your arrow hits the target. An extremely motivating experience that makes people come back, “Margrét has observed.

A lot has happened in the two years since Guðjón’s shooting line in the tyre shop.
“We are setting up a national team for the upcoming Olympic Games,” announces the experienced and well-languaged archeress. Last weekend she had been organizing the Reykjavik International Games with 37 participants from all over the world. Only recently she graduated with a group of archers from an international trainer’s clinic, enabling them to found a sports association with its own targets, technical equipment and competition awards. “So far we had to borrow everything,” she smiles. “Now, anything is possible.” Which will be for sure, as the national archery committee with Margrét Einarsdóttir being its president, will turn into a proper registered association in April

But besides the big sports it is still the common people Margrét Einarsdóttir cares the most for. Every day new people enter Bogfimisetrið, sign up for a trial lesson, many of them leave the hall with shining eyes – and will come back. Bogfimisetrið employs three fulltime workers and some assistants, on some days they look after up to 300 people, anything from individuals to huge company leisure events. “More and more tourists are also heading for our place,” she says, “you can’t shoot so easily abroad, as clubs often are not accessible. In Bogfimisetrið, you just make an appointment, I’m gonna tell you how it’s done, and you can have fun on the shooting line.” 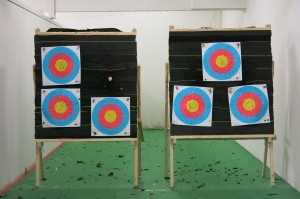 So far, archery seems to be rather dominated by men. Margrét would like to change that. “1000 years ago, women had to be really tough here in Iceland, and all of them could handle a bow, while their spouse was buccaneering abroad,” she says. “The knowledge and self-confidence is lost in today’s women.” She wants to see a lot more women dealing with a bow.

Archery is a grounding activity. It requires concentration, balance and calmness.
Margrét finds it incredible how archery can change mousy women when they draw the bow, hit the yellow, collect their arrows for a new round. “We can do that. Aiming, shooting, hitting the yellow. It’s good for us.” The 41-year-old mother of three children knows what she’s talking about. Looking back on a turbulent life, with having been a victim of bullying, experienced divorces and suffered from severe depression, she obviously never loses sight of her goal: self-reliance, and hitting her target.

Being a retired Kindergarten teacher Margrét teaches archery also to children. An organised weekly schedule enables 31 children and adolescents between 12 and 18 years to spend time at the Setrið, study aiming and shooting, and as a sideline learn about discipline and team spirit. A group for very young children is planned. “If only I had more time,” she sighs. She even had to decline the honourful offer to manage the national olympic team. Busy times are ahead, as Bogfimisetrið will move to a bigger place in the center of Reykjavík in the beginning of march.

Also her horses require time and affection. Additionally, the passionate rider is working on a new equestrian project with German archeress Claudia Schenk and instructor Pettra Engeländer: horseback archery is scheduled to come to Iceland in spring, an action packed activity that Icelanders will love, she believes.

Here is the facebook site of the Icelandic horseback archery event.