The ancient history of China

The ancient history of China

About two million years ago at the latest, the ancestors of the Chinese nation had already dwelled and procreated in the vast land of China. The fossil of a primitive human discovered in Yuanmou, Yunnan Province dated back to over 1,700,000 years ago. The well-known fossil of the skull of Peking Man was a cultural relic of 700,000 to 200,000 years ago. 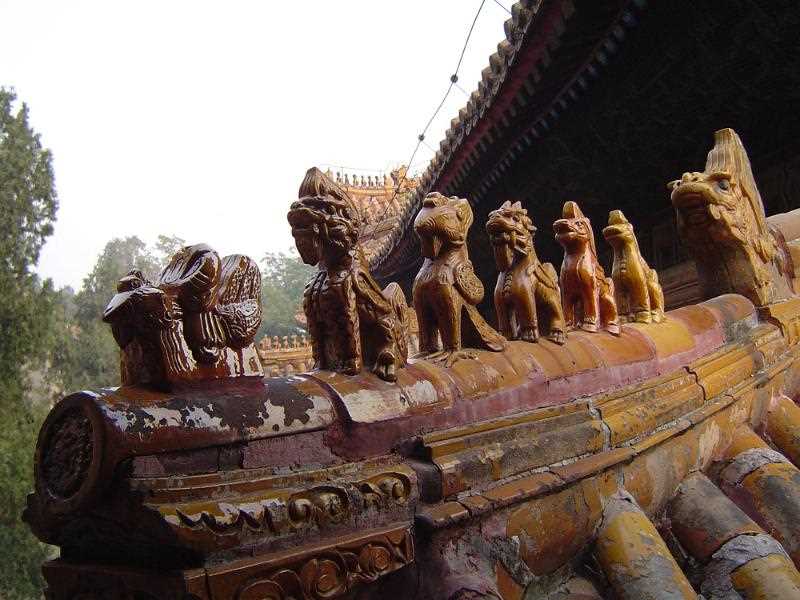 In a short span of over 50 years since the founding of the People’s Republic of China, it has gained considerably in overall national strength with progress in every field of construction, rapid development of its open economy and remarkable upgrading of the people’s living standard.

1.The strategic goal of tripling China’s GDP was realized five years ahead of schedule contributing to the marked increase of the overall national strength.

Since the founding of New China, a host of strategic targets of developing the national economy has been successively set out by the government. Especially after 1978-the year marked by the start of reform and opening up to the outside world, Deng Xiaoping came up with the strategic concept of “three steps” in China’s efforts to develop its economy, namely, as a first step, the GDP must be doubled from 1981 through 1990 in order to solve the problem of feeding and clothing the people; this is to be followed by the second step:

from 1991 to the end of the 20th century, the per capita GDP should be doubled again enabling the people to lead a well-to-do life; and the third step will last to the middle of the 21st century when per capita GDP will reach the level of medium-developed countries characterized by a relative affluent living standard and a basically modernized society. After the hard struggle waged by the Chinese people, the first step of doubling the GDP had become a reality way back in 1987. And by 1995, the second step had taken place five years ahead of schedule. As a result of the effort made over the last 50 years or so, the overall national strength had been increased remarkably. Way back in 1952, the GDP totaled 67.9 billion yuan. And the year 2000 had already witnessed a total of 8,940.4 billion yuan, an annual increase of 7.7% adjusted for inflation, which was far greater than the 3% growth of the world average. According to the World Bank estimate, the total output of China’s economy in 1999 had hopped to the seventh place in the world.

A great number of industrial and agricultural products have topped the world. In the early stage of New China, its steel output took the 26th place, petrol 27th place, electricity 25th place. By the end of 1999, the output of grain, meat, cotton, peanut, rape-seed, and fruits had all led the world. The output of steel, coal, cement, chemical fertilizer, television sets topped the world list.

Science and technology have made leaps and bounds resulting in stronger productive force. Over the last five decades, the Chinese scientists and technicians have grown in strength; their R&D has covered a wide-range of fields and has been quite prolific in scientific achievements. China had ranked itself among advanced countries in terms of many high-grade, precision and advanced industrial products in nuclear technology, biotechnique, high power physics, aeronautic technology, information technology, automation technology, new material and new technology.

Agriculture is developing steadily. Since the PRC came into existence, especially since the Third Plenary Session of the 11th Congress of CPC, the family responsibility system based on the changed productive relationship, the agriculture product purchase and sales system reform, higher purchasing price of farm produce and a spate of other vital policies pursued in the rural areas have considerably motivated the farmers and contributed to the all-round development of the countryside. The output value of the agriculture had increased from 34.29 billion yuan in 1952 to 1.4212 trillion yuan in 2000, an increase of 4.7 times adjusted for inflation, in other words, an annual average growth of 3.3%. China has sueceeded in feeding and clothing 22% of the total world population by means of 10% of the world total farmland; this is a miracle indeed and a tremendous contribution to the global food safety and the worldwide economic development.

The industry has experienced a speedy development.

The tertiary industry has made big progress and is supportive of the economic development. The value of the post and telecom service augmented from 2.9 billion yuan in 1952 to 491.9 billion yuan in 2000, and adjusted for inflation, they had increased 54.3 times which meant an annual growth of 8.7%. Meanwhile, various sorts of new services came into being and the gradual emergence of community service network, in particular, has made life more enjoyable.

3.The infrastructure has made noticeable improvements and the economic development is getting more sustainable.

During the period from 1950 to 2000, 24.0483 trillion yuan had been invested in fixed assets of which 9.7747 trillion yuan went to capital construction while renovation and refurbishment accounted for 3.9729 trillion yuan. From 1950 to 1999, 700,000 capital construction projects had been completed of which major and medium-sized projects numbered about 6,300. Infrastructure and equipment of various professions and trades had experienced immense upgrading, which not only gave tremendous boost to the economic development in the different periods but also paved the way for the further development in the following stages and the realization of the third strategic target.

In the industry field, an independent industrial system has been established and the industrial capability greatly enhanced. Oil output had shot up from 120 thousand tons in 1949 to 163 million tons in 2000. China’s steel production has already been on the top of the world; the annual output of steel soared from 158 thousand tons in 1949 to 128.5 million tons in 2000, an increase of 813 times. The car industry that started from scratch also leapt forward at a swift manner. Now, China has had scores of sizable automotive enterprises with car and vehicle output undergoing a dynamic change from around 100 in 1955 to 2.07 million in 2000. The actual capacity had reached 2.9 million in 1999. The blossoming electricity construction has brought an end to the China’s history of insufficient power supply following the construction of a dozen of hydro-electric, coal-fired and nuclear power stations. The total power output had been shot up from 4.3 billion KW-hr to 1.3556 trillion KW-hr in 2000, a 315-fold increase. In addition, the production capability of coal, cement and electronics, communication and shipbuilding has also been strengthened. The overall technological level has been upgraded too. Over the 50 years or so, many gaps have been filled through domestic innovation and transfer of technology form overseas and a host of industries symbolizing the strength of a nation have come into existence and have been thriving starting from square one and from small to big. The manufacture of metallurgical equipment, airplane, automobile, major precision lathe, high-grade alloy and the establishment of key non-ferrous metallurgy, petro chemical industry, synthetic material industry, aeronautic and space industry, computer industry, shipbuilding are all indicative of the high level China’s industrial technology has attained.

In farmland water conservancy field. New China has made great effort to develop rural water conservancy and as a result, the irrigation of farmland has been improved. Countless flood prevention, draining, irrigation and power-generating projects have been constructed. As of the end of 1998, there were 85 thousand major and medium reservoirs with total water storage volume reaching 492.4 billion cubic meters. The effective coverage of irrigation had recorded an increase from 19.96 million hectares in 1952 to 53.85 million hectares in 2000. The total motive power of agricultural machinery had seen a steep increase from 186.5 thousand kw in 1952 to 525.74 million kw in 2000; the number of all types of tractors had risen from 1,307 to 827,003, and the heavy-duty truck from 280 to 942,000.

In the field of transport and communication, a multi-modal transport network involving railway, highway, inland waterway, civil aviation and pipelining transport with the railway as the key component has basically been available. The length of railway tracks in commercial use had extended from 21.8 thousand km in 1949 to 68.6 thousand km in 2000. With the exception of the Tibet Autonomous Region, all the other provinces, municipalities and autonomous regions are linked by railways thus basically altering the marginalized and culturally backward status of the vast areas of hinterland. The length of highways had soared from 80.7 thousand km in 1949 to 1.403 million km in 2000, a 17.4 fold increase. Besides, the highways have been upgraded, and become more roadworthy. Inland waterway has become more navigable thanks to the dredging, and the navigable length had extended from 73.6 thousand km in 1949 to 119.3 thousand km in 2000. Civil aviation is one of the fastest-growing modes of transportation. As of the end of 2000, it had operated 1,165 overseas and domestic flight services, constituting a crisscrossing77 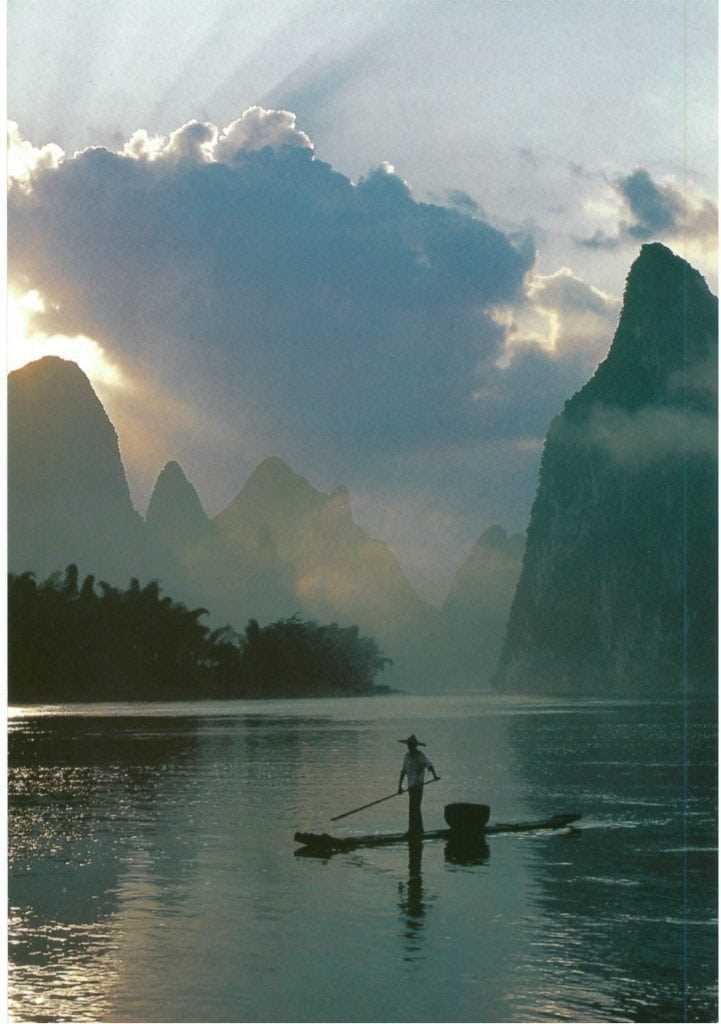 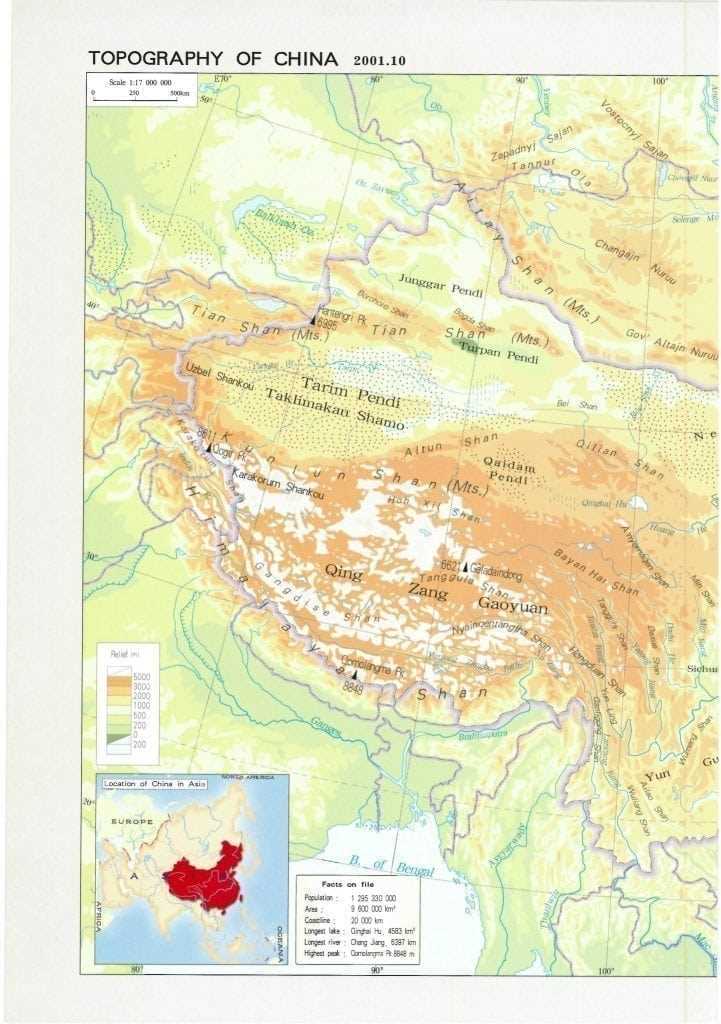 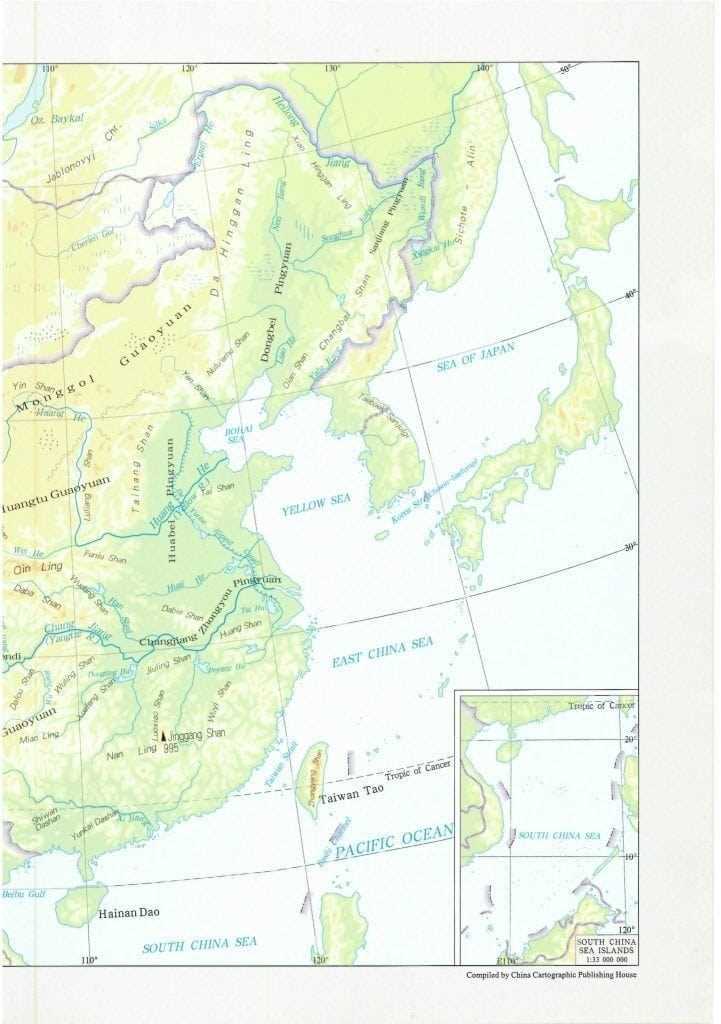