I’m very pleased to return back to Iceland as the new Ambassador of the People’s Republic of China to Iceland after 27 years. After my arrival I soon feel like coming home again. I am so deeply impressed, not only by Iceland’s great achievements in the economic and social development, but also the sound progress of the relationship between China and Iceland.
Iceland is such a wonderful country, not just because of its unique wild nature, but also its unyielding and diligent people who always take the bull by the horns at difficult times and dare to be pioneers. With these characters, many miracles have happened. Among others, as the smallest nation by population, the qualification of Iceland men’s national football team for the 2018 FIFA World Cup has won the respect and admiration of the Chinese people. 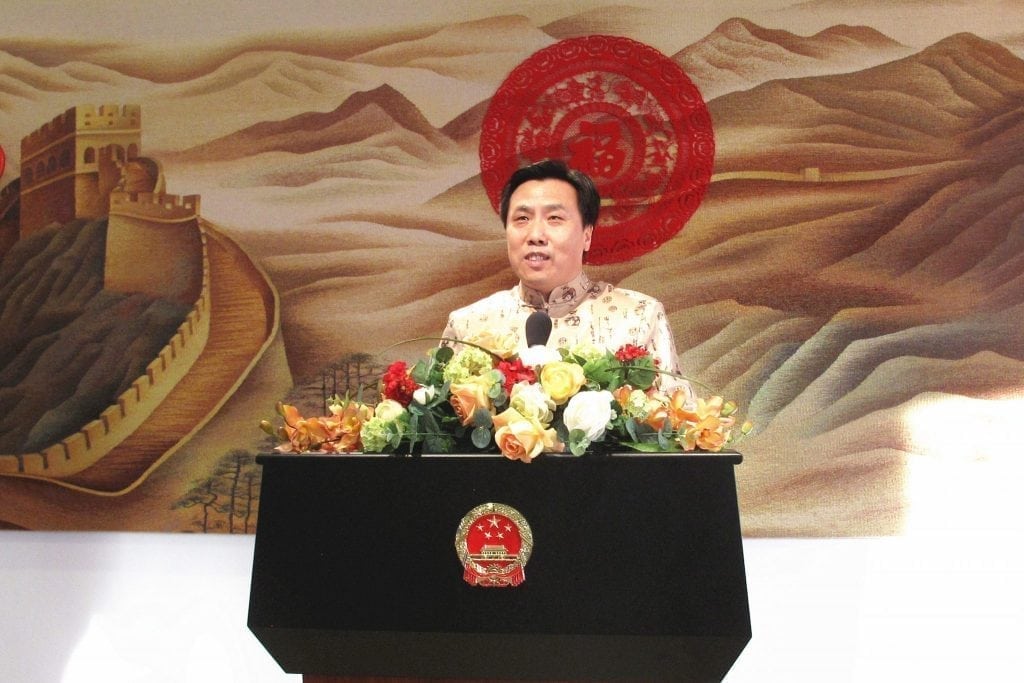 Although China and Iceland are far away from each other geographically, our two peoples have a long history of friendly exchanges. Since the two countries established diplomatic ties in 1971, China-Iceland relations have maintained a healthy, stable and fast development. Our friendly and cooperative relationship, based on mutual political trust and benefit, has become a model of state-to-state relations between countries of different sizes having different social systems and development stages. In recent years, the two countries have witnessed even more enhanced political exchanges and intensified cooperation in foreign trade, education, culture and people to people exchanges. More and more Chinese are coming to visit Iceland. In 2017 the number of Chinese tourists visiting Iceland reached an all-time high of 86 thousand and has shown a bright prospect for even greater growth.
Looking back on the past, the China-Iceland relationship has enjoyed smooth and solid development in the past 47 years. Looking forward to the future, the relationship has even broader prospects for further development. Our two countries each have their own unique advantages in various areas and long for deepened cooperation. Now China and Iceland are discussing more potentials of cooperation under the framework of the Belt and Road Initiative, with the aim to further enhance the cooperation in the fields of bilateral trade, infrastructure construction, telecommunication, the digital economy as well as innovation, and to deepen mutual understanding and trust through people-to-people exchanges, in terms of education, culture and tourism.
As an old Chinese saying goes, even mountains and seas cannot distance people with common aspirations. I strongly believe that, with our joint efforts, the relationship and cooperation between our two countries will have an even brighter future!