Controversial Industry
Iceland’s decision to allow commercial whaling for the next five years, after having been banned for nearly two decades, has been met mixed enthusiasm. Two opposing views clash over economic and environmental issues. Some say that commercial whaling is necessary to control fish stocks in the North Atlantic, while others say that the whales in question are endangered species which should under no circumstances be hunted commercially. 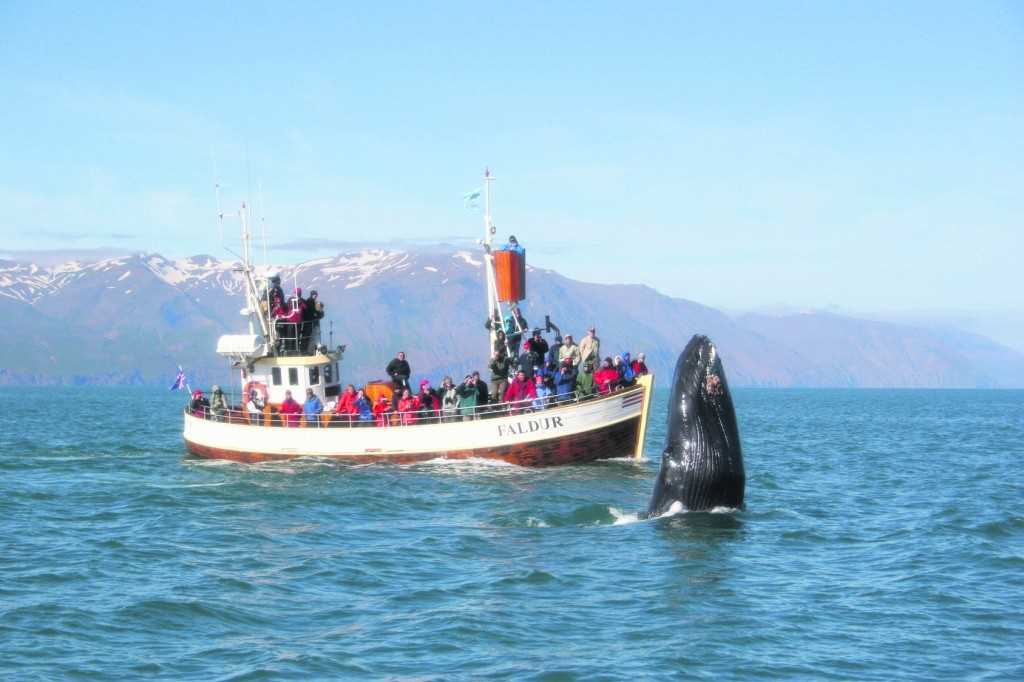 Although the two views seem irreconcilable, early this year Iceland‘s ministry of fisheries issued quotas to hunt 150 fin whales and 100 minke whales annually for the next five years. According to the Ministry of Fisheries estimated sustainable annual catch levels are 200 and 400 fin and minke whales. Commercial whaling is estimated to create around 200 new jobs in Iceland. However since the decision to allow commercial whaling was made there has been a change of government and the current prime minister has said that the laws will be reconsidered and hinted that the initial five year period will be shortened. 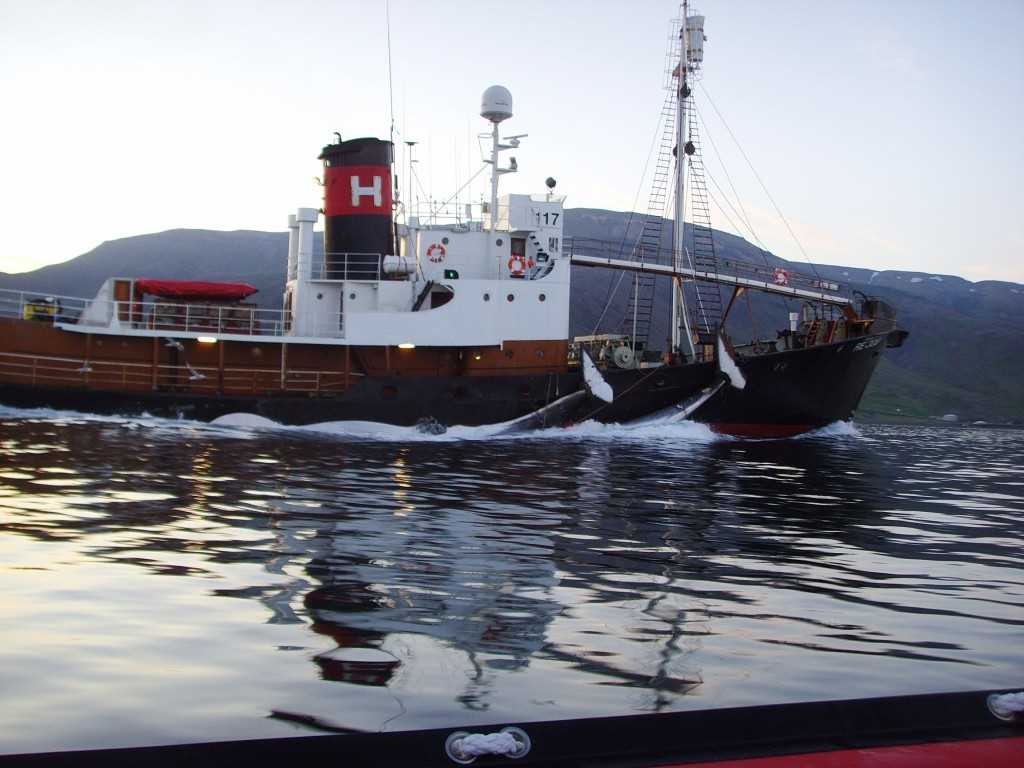 Whether people believe whaling to be fundamentally disagreeable or not, current whaling quotas are issued with sustainable whaling in mind. According to a recent statement, the ministry of fisheries places great emphasis on effective management of fisheries and on scientific research on all the components of the marine ecosystem. The statement goes on to say: “At a time when many fish stocks around the world are declining, or even depleted, Iceland’s marine resources are generally in a healthy state, because of this emphasis. The annual catch quotas for fishing and  whaling are based on recommendations by scientists, who regularly monitor the status of stocks, thus ensuring that the activity is sustainable.” 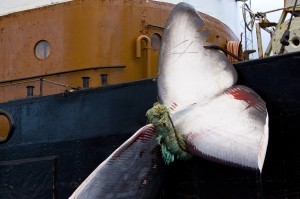 Fin Whale
The fin whale, or Langreyður in Icelandic, is the second largest animal on earth (after the blue whale), reaching up to 27 meters (88 ft.) in length and weighing up to 74 tons. Its primary food nutrition consists of small schooling fish, squid and various crustaceans. The total number of fin whales is estimated to be around 120- 150 thousand globally, while around  25 thousand animals are estimated to reside in the Central North Atlantic. The fin whale was heavily hunted during the 21st century and is now listed under „endangered“on the IUCN Red List of Threatened Species. The International Whaling Commission (IWC) has issued a moratorium on commercial hunting of fin whales.

Minke Whale
The Minke Whale is considerably smaller than the Fin Whale, reaching up to ten meters in length and weighing up to ten tons. Minke whales have been hunted since early last century, yet the population has been increasing. There are estimated to be around 70 thousand animals of the Central North-Atlantic minke, of which around 43 thousand are in Icelandic coastal waters. It is listed under „least concern“on the IUCN Red List of  Threatened Species.