Reykjavik Excursions Will Help You Get There

Reykjavik Excursions is one of the oldest and most popular travel companies in Iceland and has been operating since the late 1960s. It operates dozens of tours all year round but offers specialty tours depending on the season.

The summers are spectacular in Iceland, even though it doesn’t get particularly warm. Breathtaking mountains show their true colours when the snow melts away, as do the moss and the lava fields. And with the 24-hour daylight, it is possible to go sightseeing during the night. 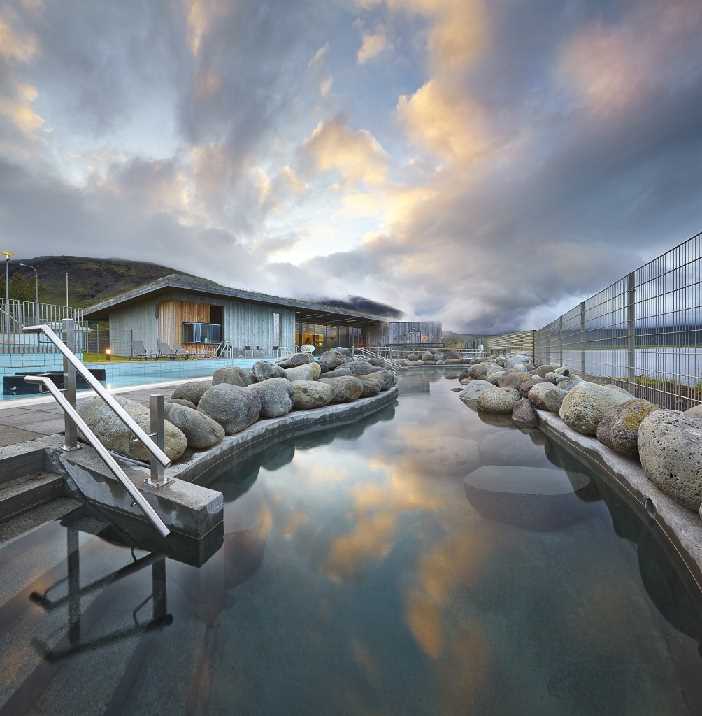 Relaxing Under the Midnight Sun

This tour offers a chance to relax in a natural hot spring in the evening while it is still bright. From BSÍ Bus Terminal, where all Reykjavik Excursions tours start, you are driven to the geothermal baths at Laugarvatn Fontana. There are three steam rooms which are collectively called Gufan (or the Steam). The rooms have been built over a natural hot spring, which locals have used for over 80 years. The steam rooms aren’t always the same temperature; it varies depending on the hot spring and the weather. Usually, it is between 40° and 50°C. The floors have grids which allow guests to smell and hear the boiling natural hot spring and it creates a natural and totally unique experience.

Apart from the steam rooms, Fontana has a Finnish steam room, called Ylur (Warmth), where the temperature is between 80° and 90°C. The humidity is lower there than in Gufan. There are also a few mineral baths that vary in depth, size and temperature. While some are suitable for relaxation, others offer space for movement and playful moments.

Since the spa is next to Laugarvatn lake, it is possible to reach the lake through a gate at the location. Ströndin, or the Beach, has warm black sand and has been beneficial for those who suffer from arthritis and other joint illnesses.

On the way back from Laugarvatn, a small detour is taken through the countryside. It’s not every day you can go sightseeing late in the evening. This tour starts on 15 May. 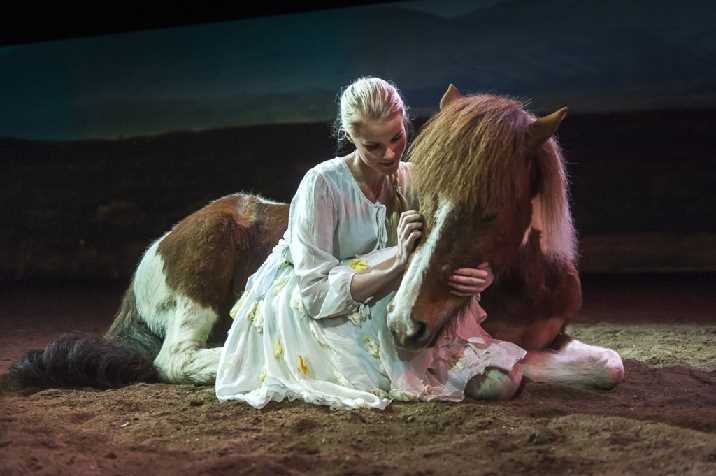 The Horse Theatre – The Legend of Sleipnir

The Icelandic horse has a reputation for being small and friendly—just don’t call it a pony; Icelanders are very proud that it is classified as a horse. Reykjavik Excursions’ Horse Theatre tour is for equestrian and animal lovers alike. It is set in Fákasel Horse Park, just outside Hveragerði in South Iceland. The show is both entertaining and educational for the whole family; history, mythology and exhibition riding is woven together to show the horse’s role in Icelandic history and culture. At the end of the show, guests get a chance to interact with the riders and horses which is followed by a bowl of traditional Icelandic meat soup at the in-house restaurant. The soup is very filling and consists of lamb and various vegetables.

Afterwards, the course is taken back to Reykjavík but with a detour through the scenic Krýsuvík hot spring area. It is situated in the middle of the fissure zone of the Mid-Atlantic Ridge which traverses Iceland. The hot springs, mud pots and fumaroles have coloured the soil around it a bright yellow, red and green. 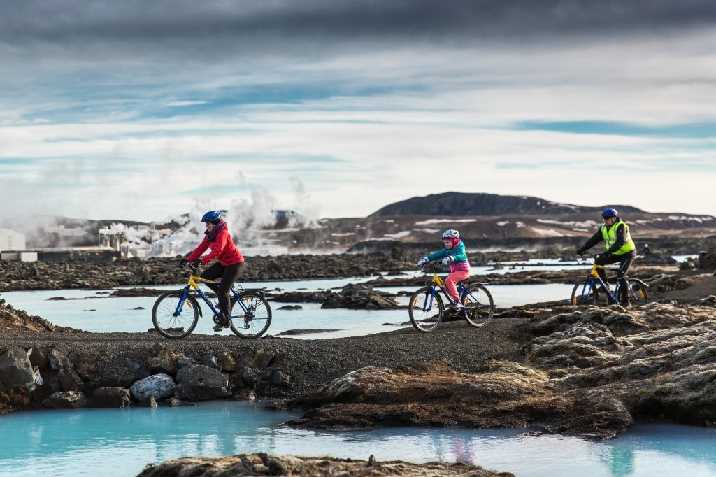 Those who want a little bit more exercise can take the Mountain Bike tour. From BSÍ, the course is taken towards the Blue Lagoon. There you will meet your guides, get a bike and a helmet.

You will bike on three different paths during this tour. One is a gravel path from the Blue Lagoon through the black lava and moss, which changes colour from grey to green, depending on the weather. From there you go onto Mt. Þorbjörn on a mountain road. On the way back you get to bike on the paved Ingibjörg path towards the fishing village of Grindavík. This tour is not suitable for those under the age of 10. The tour offers a different way to experience the breathtaking Icelandic nature. 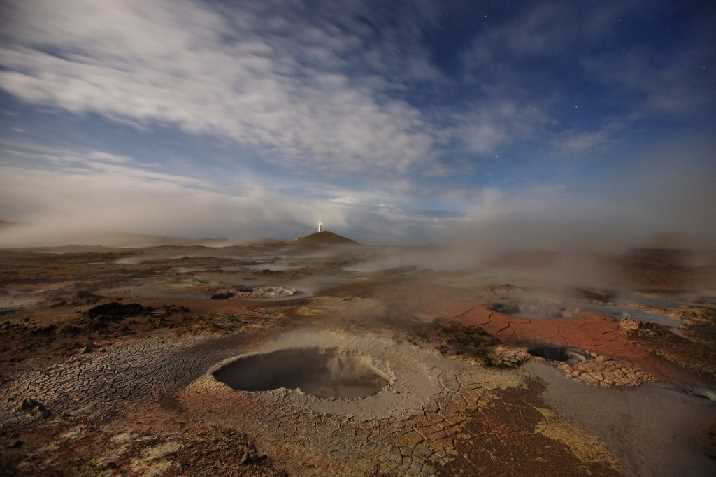 For those who want a more traditional tour, the ever popular Golden Circle tour is on offer all year round, with multiple departure times. In the tour, you will go to Geysir geothermal area, Gullfoss waterfall and the national park Þingvellir which collectively are called the Golden Circle.

Reykjavik Excursions has something on offer for everyone and gives you a chance to experience Iceland in a different way.