“The eruption in Geldingadalur marks a turning point in geological history, where scientists get an insight into the Earth’s mantle beneath Iceland for the first time. I have never seen anything like it in Iceland. This is the first Icelandic mantle eruption in historical time. It is unusual and remarkable that the magma does not come from the crust but from the mantle at a depth of 17-20 kilometres”, says Iceland’s best-known geoscientist, Haraldur Sigurðsson in a conversation with the Icelandic Times from Rhode Island in the USA. He says the eruption was of great importance for geoscientists to view. 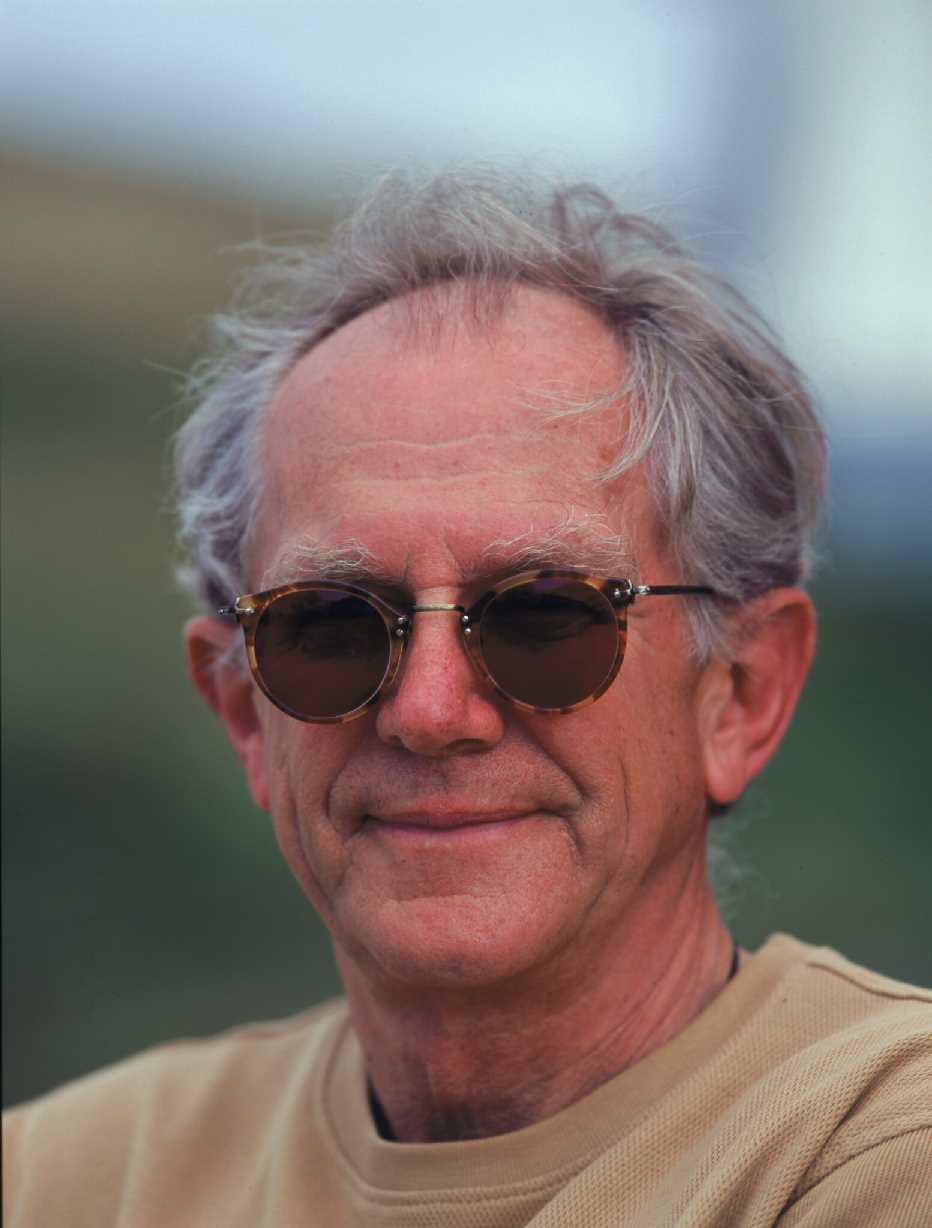 “The earth is like a hen’s egg, with three layers in similar proportions. The Iceland’s First Mantle Eruption in Historical Times white is like the mantle of the earth. The earth’s crust is in the same proportions as the shell of the egg and the hot core inside. The magma that is now emerging contains a lot of carbon dioxide CO₂ and sulphur, high temperatures and low viscosity. We know the lava flow from magma chambers well, but the lava flow erupting in Reykjanes does not come from there but from the top layer of the mantle. The continuation of the eruption is, of course, speculation, but this could be the formation of a mound like Skjaldbreið (1,060m), which was formed hundreds of years ago, but the eruption now could last for a short time.” Haraldur says that Krýsuvík has moved about sixteen centimetres to the east and eight centimetres to the north. 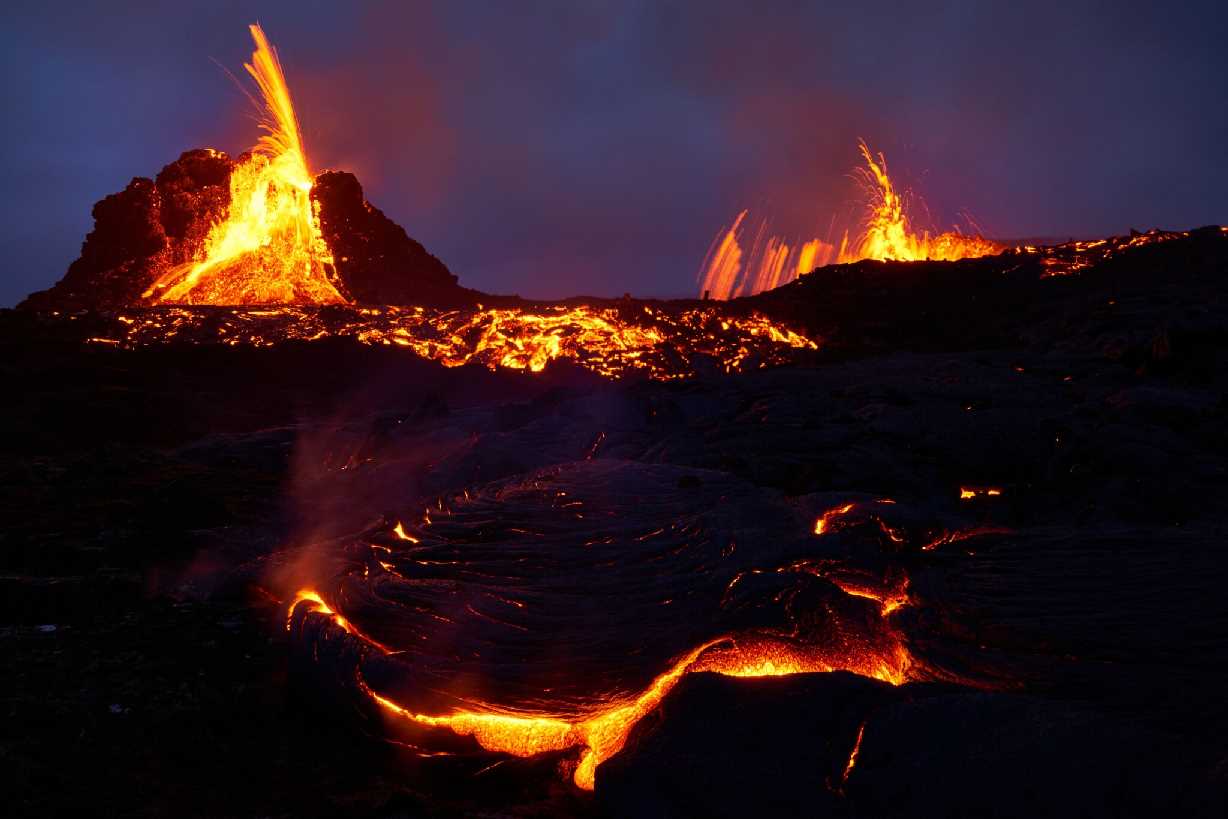 Higher temperature than a normal eruption

“The mantle is much hotter than the crust. From the mantle comes this special hot magma that contains large amounts of carbon dioxide. We are seeing a bubbling like a pot on the boil and it is difficult to predict what will happen next. The Geldingadalagos eruption is the first on the peninsula in almost 800 years.” Haraldur says the volcanoes are not connected, but many of them lie in a line. “There is a lot of gas in the magma. As the magma approaches the earth’s surface, the carbon dioxide is released and foams, so the volume of the magma increases. It swells like a milkshake and flows to the surface with bubbling gas and turmoil.” 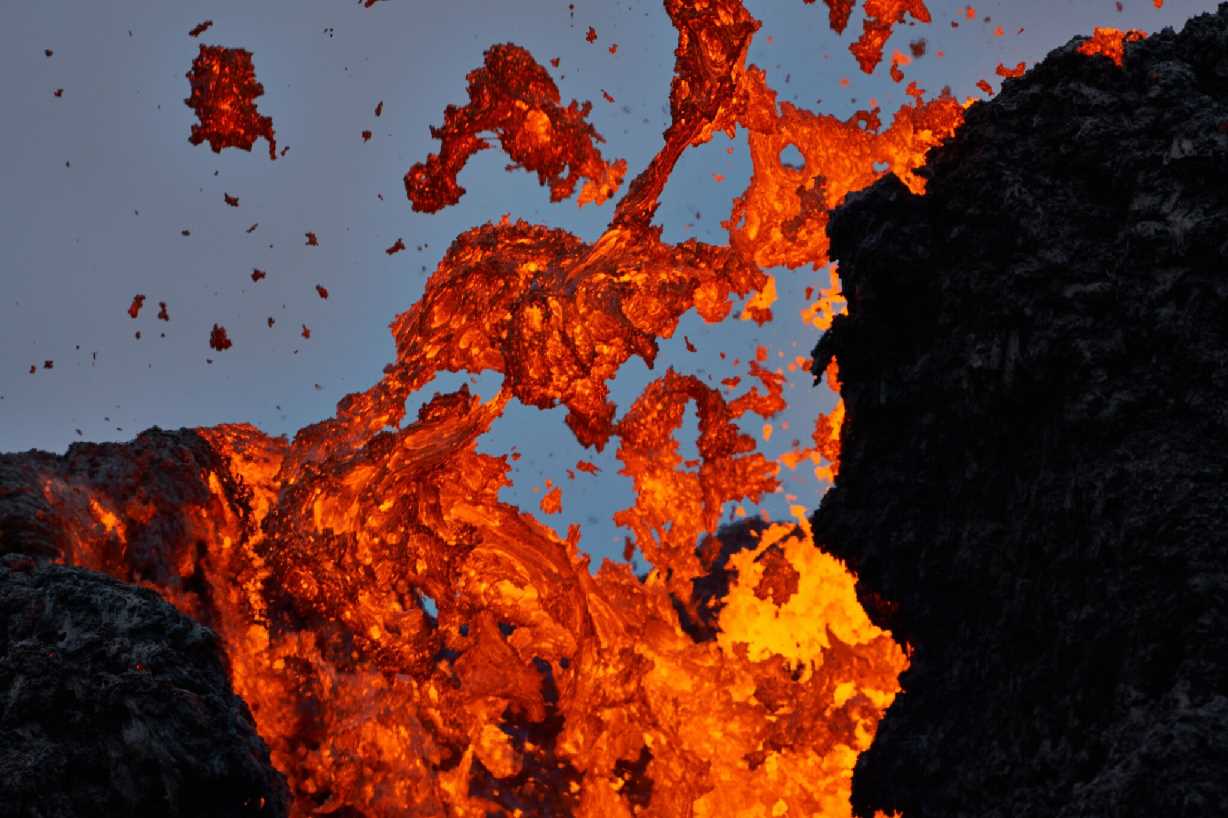 Increases understanding of the mantle

“This is absolutely magnificent. It is very likely that it will cause a breakthrough and increase our understanding of the mantle under Iceland. We know that the mantle is the main layer of the earth that we never see. It is always covered by the earth’s crust. Getting such emissions from the mantle is very valuable”, says Haraldur.

According to measurements by the Iceland University’s Department of Earth Sciences on the flow and chemical composition of the magma in the eruption in Fagradalsfjall, the lava flow more than doubled in the last week of May. Lava flow increased to 12.9 cubic metres per second from between 5-7 cubic metres per second. 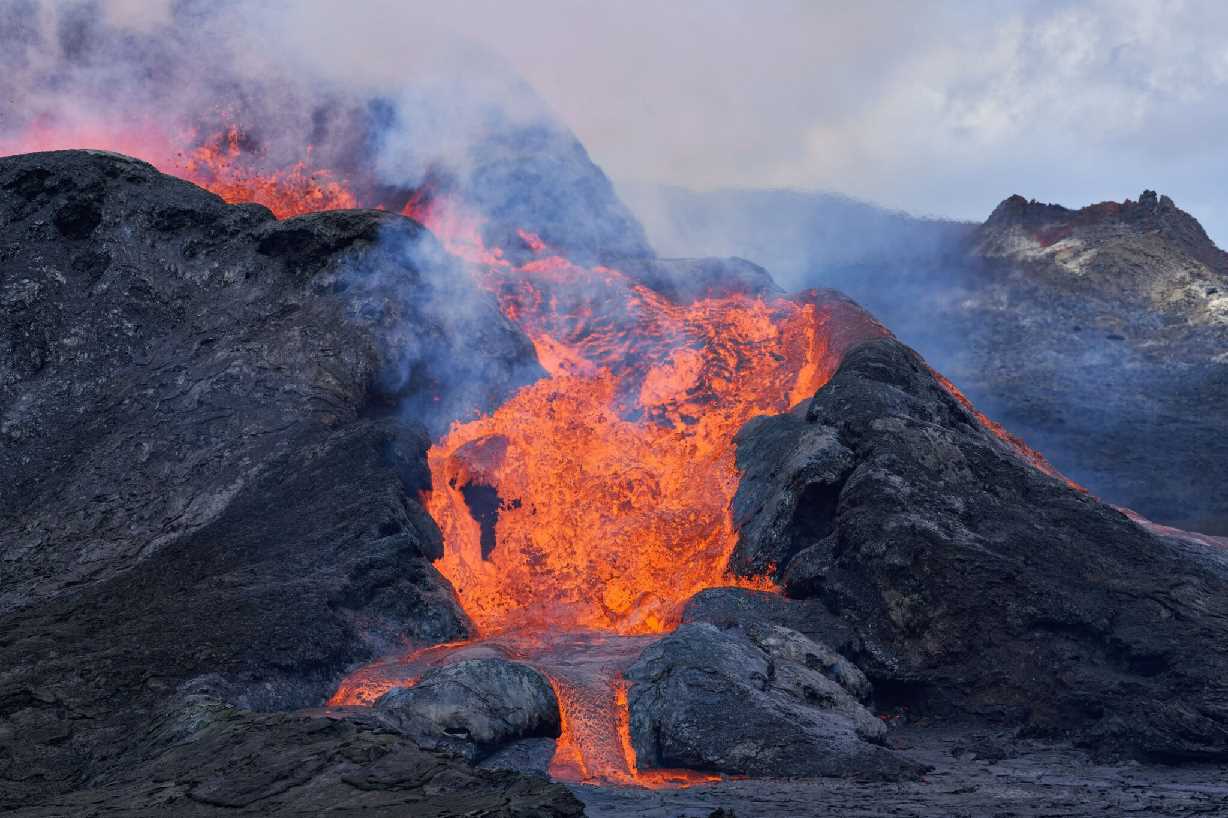 The Volcano Museum in Reykjanes?

Haraldur has expressed interest in moving his Volcano Museum from Stykkishólmur to Reykjanes. “In Grindavík or by the Blue Lagoon, because we know that there is a lot of interest in the eruption and interest in Iceland in general as a geological phenomenon,” says Haraldur. Born in 1939 and now in his nineties, he has received numerous awards and is Iceland’s best-known geoscientist. He studied geology at the University of Belfast and graduated with a doctorate from the University of Durham in England in 1970. When Haraldur retired as a professor at the University of Rhode Island, he founded a volcano museum in the spring of 2009. The museum is the first of its kind in the world where Haraldur has collected artwork and materials related to eruptions and volcanic activity.

For most of his career, Haraldur worked abroad, mostly as a professor. He is at the forefront of volcanology. He has published, either alone or in collaboration with others, important articles on the results of research on large eruptions. In the Wikipedia summary, many eruptions are described such as in Santorinium, 1600 BC, Vesuvius 79 AD, when the cities of Pompeii and Herculaneum were destroyed. He has also researched and written about the eruptions in Tambora, Indonesia in 1815, Krakatoa, between Java and Sumatra in 1883, St. Helens in Washington State in 1980, El Chichon in Mexico in 1982, Nevado del Ruiz, Colombia in 1985, the catastrophic eruption in Katla at the end of the last glacial period and Long Valley in California 760,000 years ago. In Iceland, he has been involved in research on the eruption in Lakagígar 1783-84, the Askja eruption in 1875 and the Eyjafjallajokull eruption in 2010, as well as on the geology of eruptions and ocean ridges. 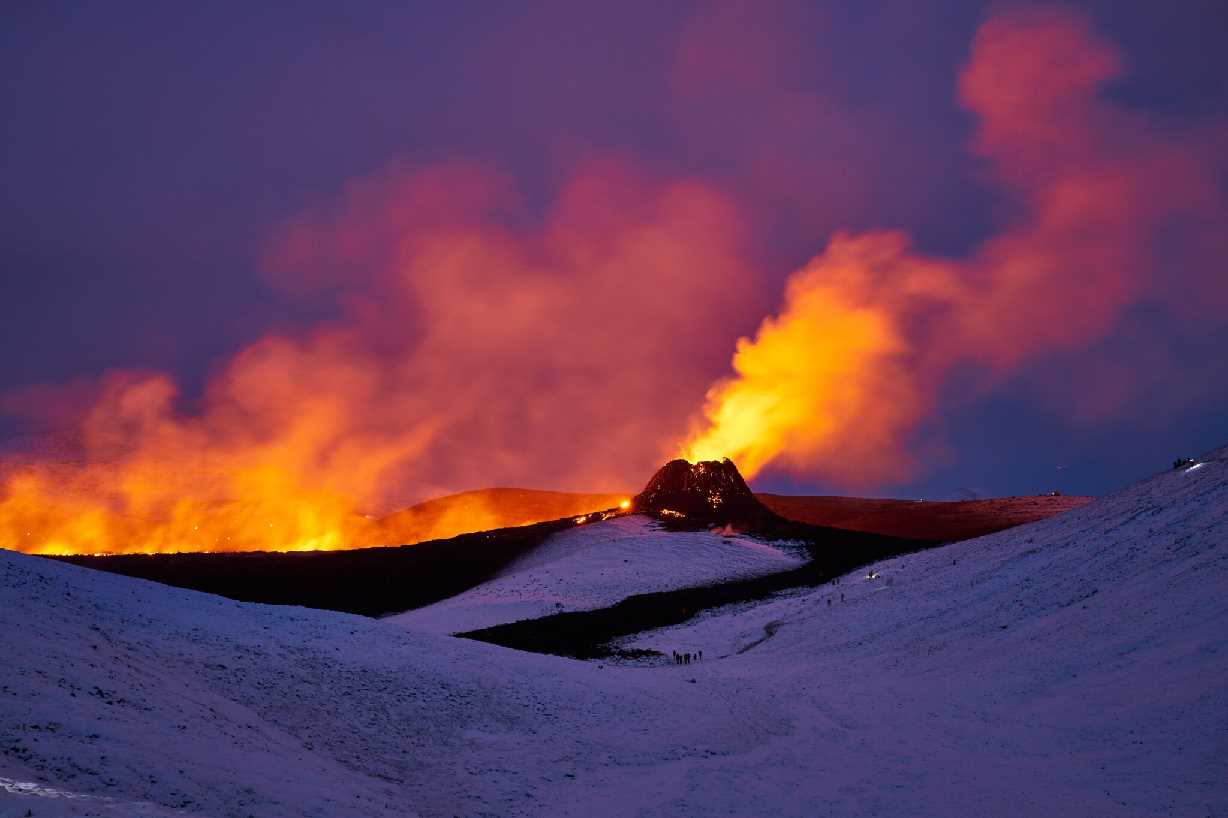 Reykjanes fires in the Sturlunga Saga

There is very little mention made of eruptions in the Sagas, except where they relate to the people and events of the times.

The last eruption on the Reykjanes peninsula ended in the middle of the Sturlung Age, in 1240. There had been frequent eruptions in the Reykjanes system since the year 1210, with several years breaks in between. Among them was an eruption that began in 1226, six years after Snorri Sturluson returned from Norway and Sweden, and was probably the largest eruption in the cluster. In the Oddaverjaannál document, this eruption is mentioned and there is talk of a “sandstorm winter in Iceland”. The eruption from 1210—1240 is the only mention of the Reykjanes fires.

According to eldgos.is, the volcanic eruption on the Reykjanes peninsula lasted even longer, however, because the Reykjanes fire was only the last of many eruptions that, together, form one major volcanic period that stretches over 300 years, from the year 950 to 1240. Since then, there has not been an eruption in this area that is worth mentioning until now, a gap of almost 800 years.

There are six volcanic systems on the Reykjanes peninsula. The Hengill area, Reykjanes system, Svartsengi, Krýsuvík system, Brennisteinsfjöll and Fagradalsfjall, which is now erupting. 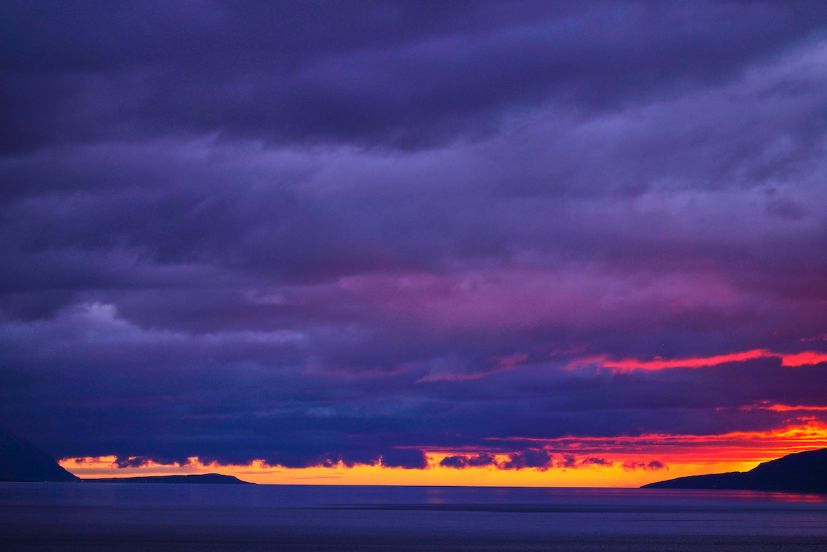 The Kapelluhraun lava flowed in the late 12th century. The chapel in the lava is remarkable. Kristján Eldjárn, the President of Iceland between 1968-1980, led a research study in 1950, when the chapel lay partially buried. It is located close to the aluminium smelter, which opened in 1969. The statue of Saint Barbara, the patron saint of metalworkers, was found in the chapel.

Jochum Eggertsson, 1896–1966, the nephew of Matthías Jochumson, claimed that Kolskeggur, the Wise Ýrberason, the leader of the Krýsvík people and the author of Hávamál, had been killed in Kapelluhraun lava field in 1054, where the chapel was built after an armed group overpowered him in Krýsuvík but before that Ioni [Jón] Kjarvalarson, the author of Völuspár, had been burned inside Vífilstaðir.   Text:  Hallur Hallsson. 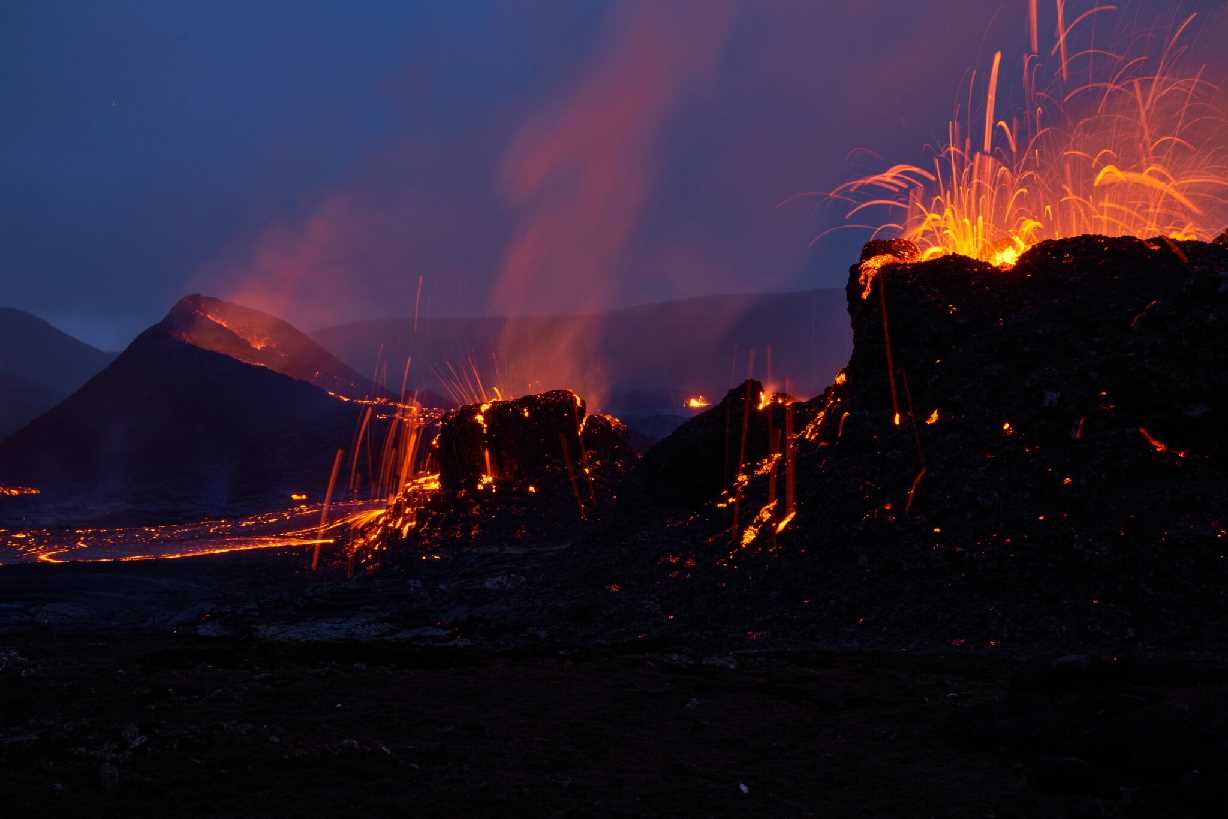 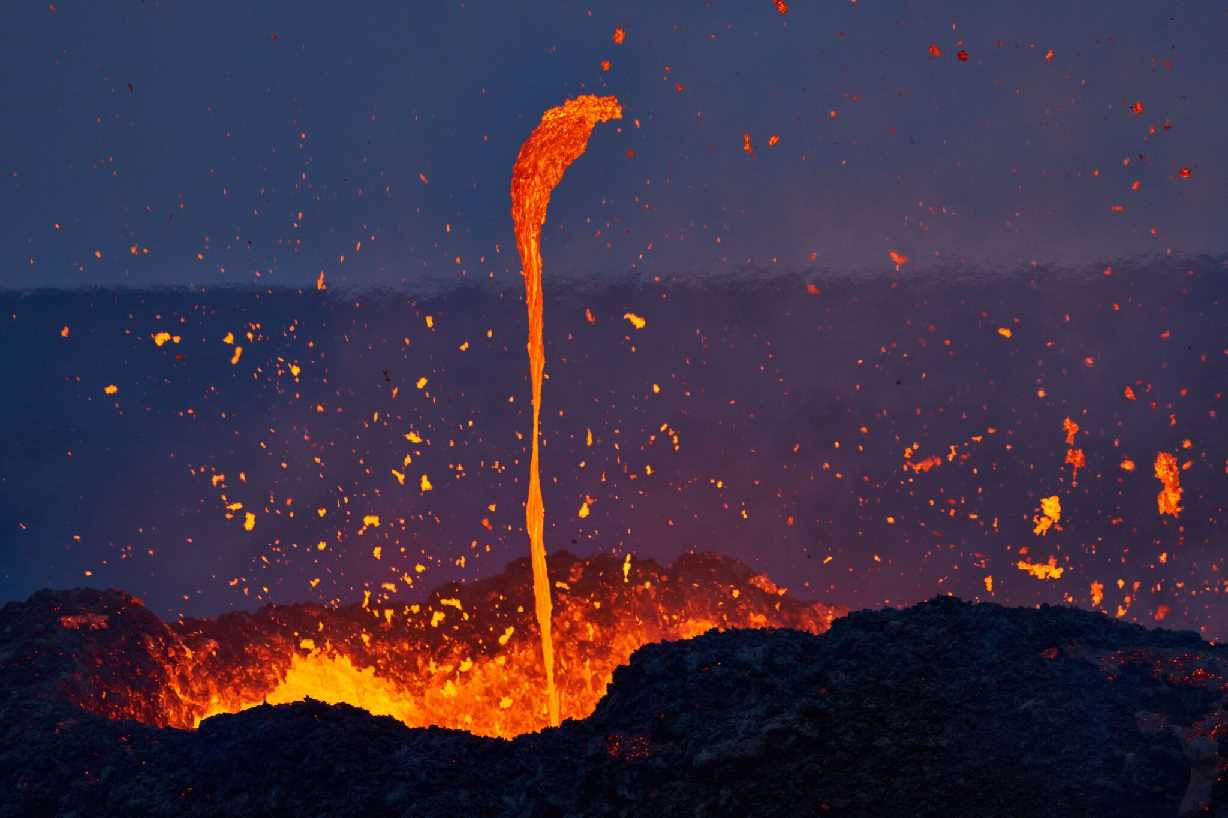 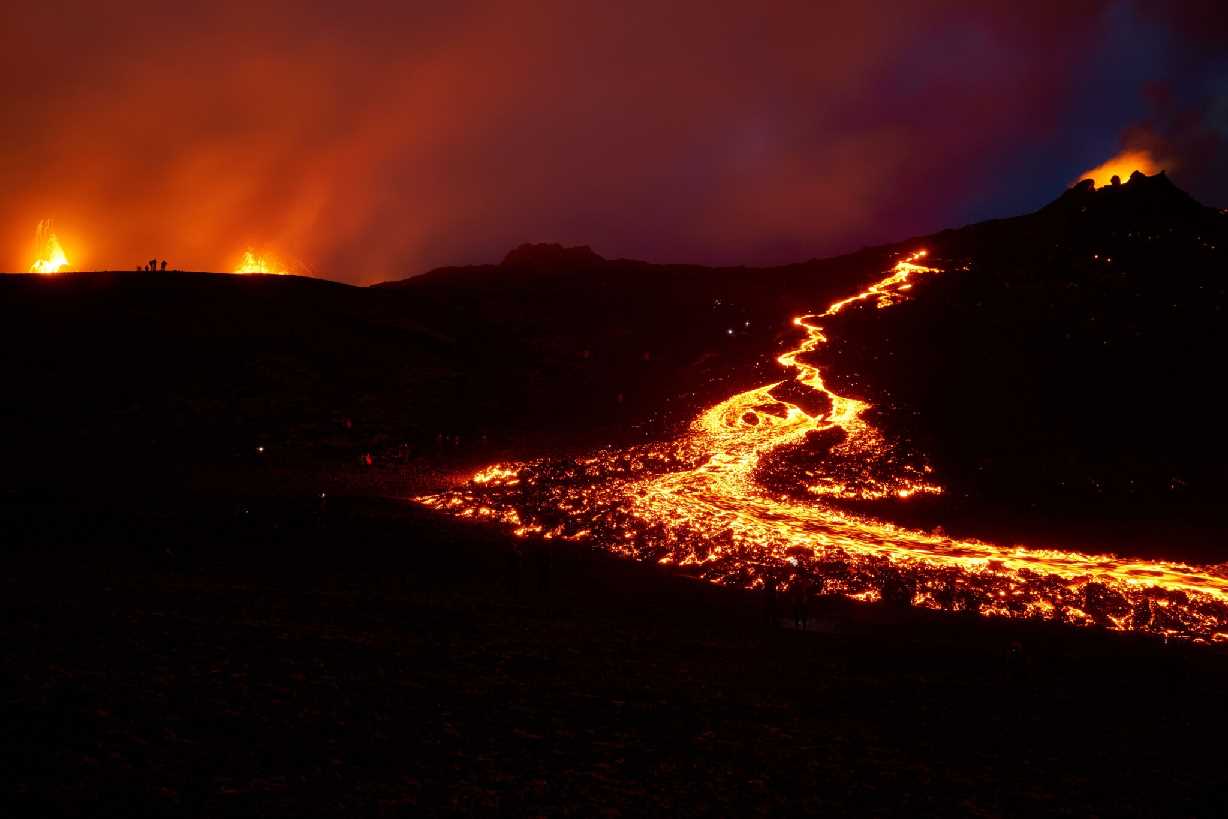 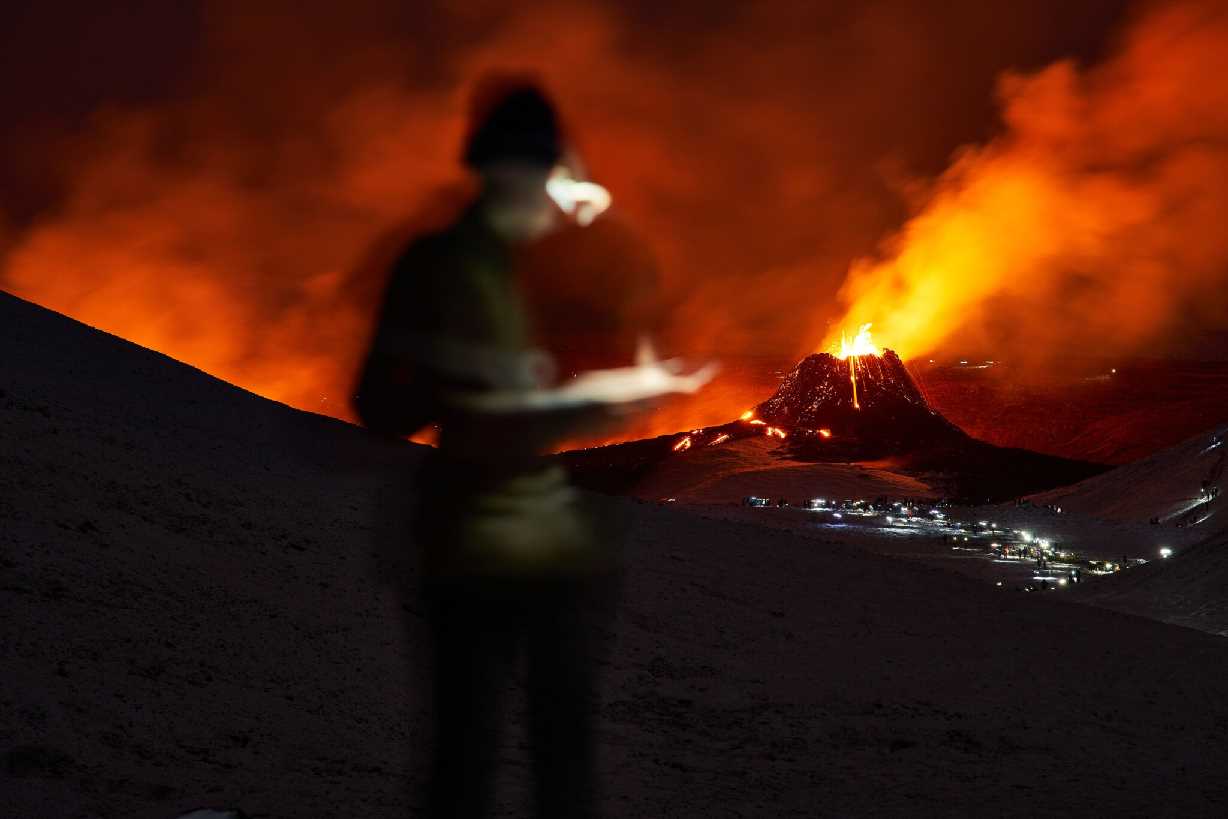