Refinement in Reykjavik – Einar Ben
Einar Ben brings style and class to dining
Einar Ben is one of a select few restaurants in the highly competitive Reykjavik scene, where new, trendy places come and go on a monthly basis, that has found its way into the Icelandic psyche and has been able to maintain the delicate balance of class, comfort and top-rate food that inspires customers to return. 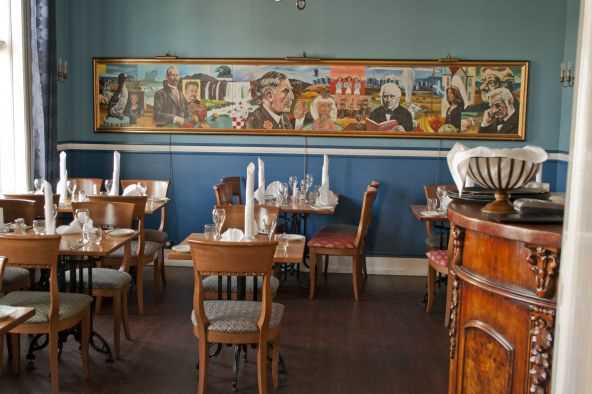 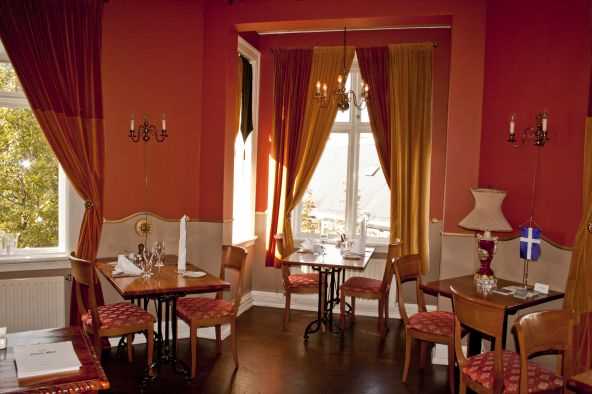 Discreet and Tasteful
Upon entering the refined hall on the second floor of a century-old gentry’s townhouse, it is easy to see why Einar Ben has become a part of Reykjavik’s culture. It is free of pretense and excess whilst offering one of the best dining experiences in town.
The interiors are elegantly decorated, honouring the building’s rich history and when walking around the restaurant, you feel you’re passing through a home, instead of garish or bare and minimalistic dining halls.
The restaurant is, in fact, the former home of one of Iceland’s greatest heroes, after whom it is named. Einar Ben was a poet and pioneer who personified the dreams and ambitions of Icelanders in the early 20th century.
You’ll also notice the quiet, professional, yet friendly staff who seem to take pride in catering to their visitors, as opposed to rushing in and out as many paying customers as possible in one night. 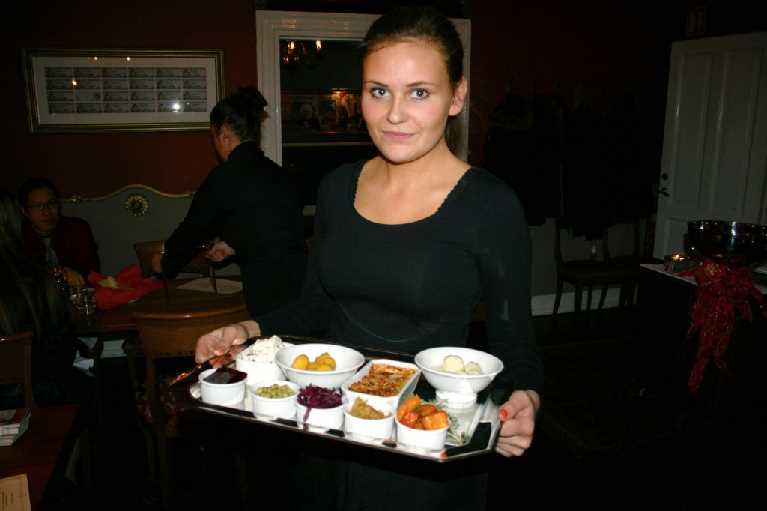 Classic Dishes With a Twist
All of this is a pleasant addition to what matters the most: the meals. Philip Harrison, Einar Ben’s English chef, takes great pride in only using the freshest Icelandic ingredients. When I dropped by Einar Ben’s on a cosy Sunday evening, a new delivery of game reindeer had just arrived in Reykjavik.
“Our dishes are based on the classics: fish and lamb. We’re proud of our menu and have no interest in following trends, which would ultimately compromise what Einar Ben stands for. The menu’s subtitle of ‘pure Icelandic’ refers to its ingredients, whereas the dishes are also based on French and Danish traditions.
We pride ourselves on healthy portions and hearty sauces”, says owner Jóhann. That doesn’t prevent innovation, however, and the restaurant has just developed a new menu that builds on their experience.
For starters, we were treated to a delicious langoustine & pumpkin soup, which set the mood for what was to come. The Arctic char served with a celeriac pureé, mashed potatoes and spinach confirmed that Jóhann’s claims of Einar Ben’s seafood expertise were not exaggerated – truly exquisite. The lamb loin served with crushed potatoes and parsnip pureé was cooked to perfection and shows what he means when he says that Icelandic lamb is the best in the world when cooked correctly. The skyr and ice cream desserts are not to be missed: true delicacies made with unique Icelandic ingredients, including freshly picked blueberries and rhubarb. 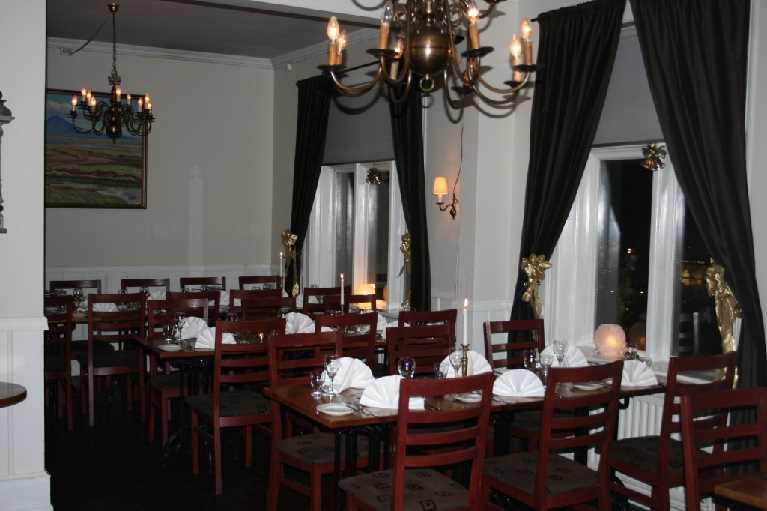 Unwind at the Red Bar
The ‘red bar’ on the top floor is ideal for following a top class meal with a drink in a tranquil atmosphere. Those looking for a place to start a night out on the town should try the red bar as well.