Most of Iceland‘s visitors are greeted by the seemingly outlandish landscapes of Reykjanes peninsula on which the international airport Keflavíkurflugvöllur is located. The area is actually home to a plethora of geological phenomena and historical sites, which can all be accessed within an hour drive. 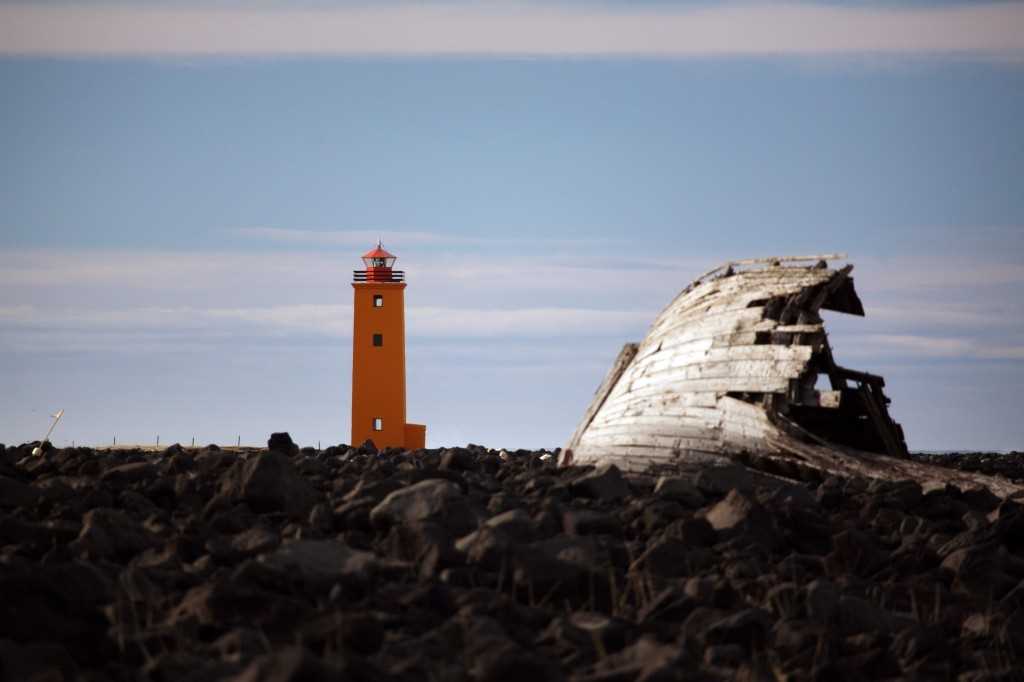 While many of Iceland’s visitors are already familiar with the Blue Lagoon which is located on the Reykjanes peninsula, most are unaware that there is an abundance of hot springs, lava fields, volcanic craters and other related phenomena just around the corner. Reykjanes is where the mid-Atlantic ridge rises above the ocean’s surface. The mid-Atlantic ridge is a divergent tectonic plate boundary located along the floor of the Atlantic Ocean, which separates the Eurasian Plate and North American Plate in the North Atlantic. It is also the longest mountain range in the world. This is why the geological activity is especially vivid in Reykjanes. Be careful however when visiting geothermally active areas and be sure to visit your local tourist office for information on recent developments. 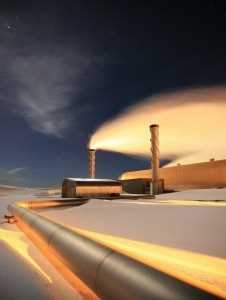 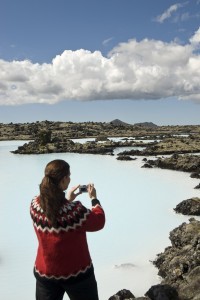 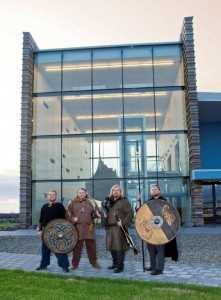 Abundant Geological Phenomena
Plans are in the making for a Geopark in the area where visitors will be able to spend an extended period of time exploring the areas attractions. Although the park itself is not yet there, it‘s attractions surely are and yours to find and enjoy. You can find extraordinary shapes in Háleyjabunga and Valahnjúkur mountains, hot springs of all sorts, natural pools, an exhibition on harnessing the earth‘s awesome power in Reykjanesvirkjun, a sandy beach in Sandvík or you can cross a bridge over the tectonic plates to name a few. Birdwatcher are in luck as Krísuvíkurberg is home to one of Iceland‘s largest bird populations. Hafnarberg is also a beautiful bird watching site. In Garðurinn town there is currently being put up a bird watching centre, there is also a bird watching centre in Sandgerði and in Garðskagsviti lighthouse. All these sites are relatively easy to access. If you have your own car you can simply drive up to most of them and buses depart to most of Reykjanes‘ towns from Keflavíkur Airport during the summer. Most tour companies in Reykjavík also offer guided tours around Reykjanes during the summer. 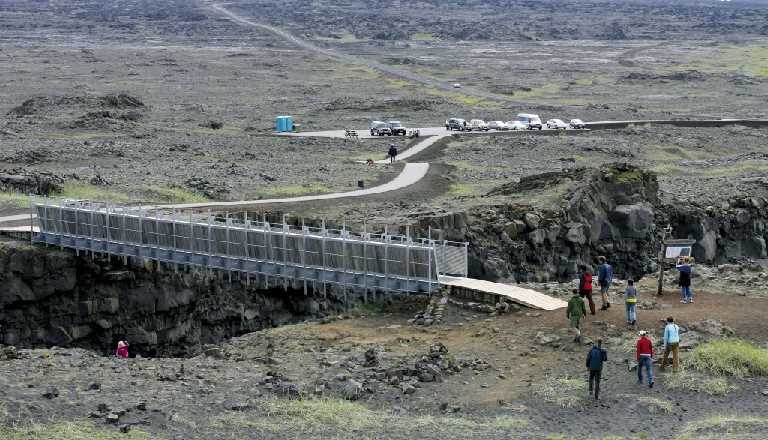 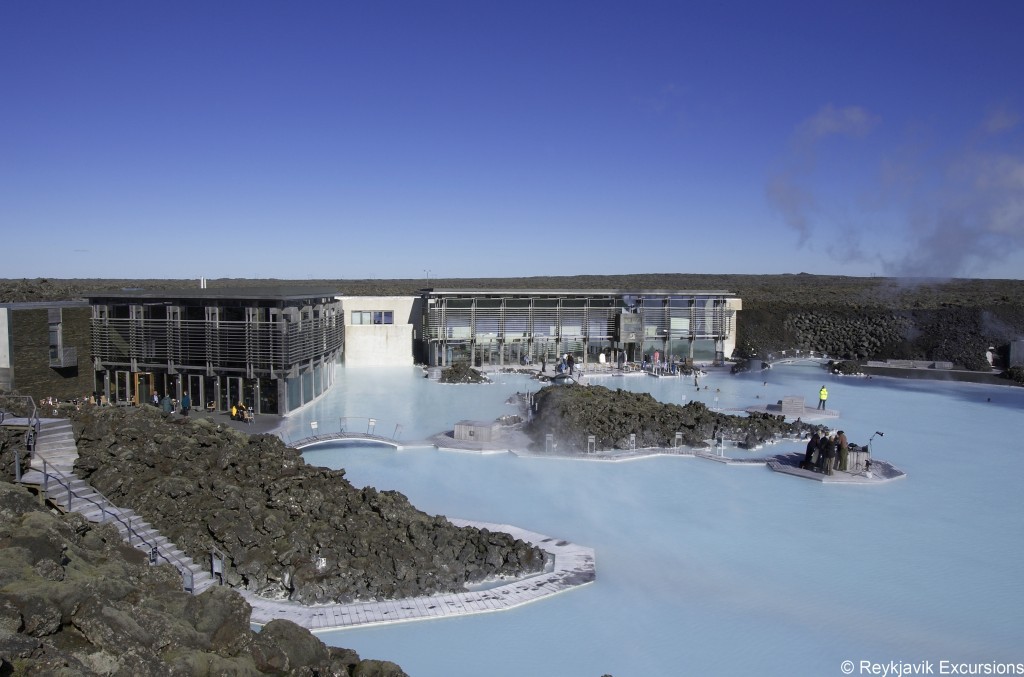 Discovering New Worlds
Reykjanes is also home to several historical sites, including a battle which started an international dispute between Denmark, Germany and England in the 15th century. Reykjanes was once the primary location for the fishing industry where a large part of the population would travel to and bring fish back to their homes. A travel book from the early 18th century notes that there were around 2000 people in Njarðvík during the fishing season, while Njarðvík’s inhabitants were likely around 200. Landmarks from Reykjanes’ fishing days are abundant throughout the  peninsula. “A walk along the coastlinein local community Garðurinn for example is a rewarding effort. Along the way you’ll see a multitude of sites where local fishermen would push their boats out to sea and then pull them  back to land full of fish. You can even see the indentation in the rocks where the boats were pulled to land. Most of these sites have been marked with informative signs detailing the area’s history,” says Kristján Pálsson, director of the Reykjanes Tourism Board.. Be sure not to miss the exact replica  of a 9th century Viking ship in Viking World museum in Reykjanesbær. “It is quite impressive to see how our forefathers managed to make ships capable of traversing the open seas and back. These were the sort of ships that were used to discover the New Worlds; America, Iceland and Greenland, so it is definitely not to be missed,” says Kristján. In Hafnir you’ll find the remains of what is thought to have been the homestead of Herjólfur Bárðarsson, the great-grandfather of Bjarni Herjólfsson, the first European to discover America. The waters around Reykjanes served as a common sailing route, which is evident by its large number of lighthouses on the peninsula. There are 11 lighthouses scattered around Reykjanes, including both the tallest  and oldest lighthouse in   Iceland -Garðskagsviti (28m) and Reykjanesviti respectively. However lighthouses can only do so much though and could not prevent tragedies at sea from happening from time to time, which is why there are many shipwrecks around the peninsula and information about them can be found in the local communities. 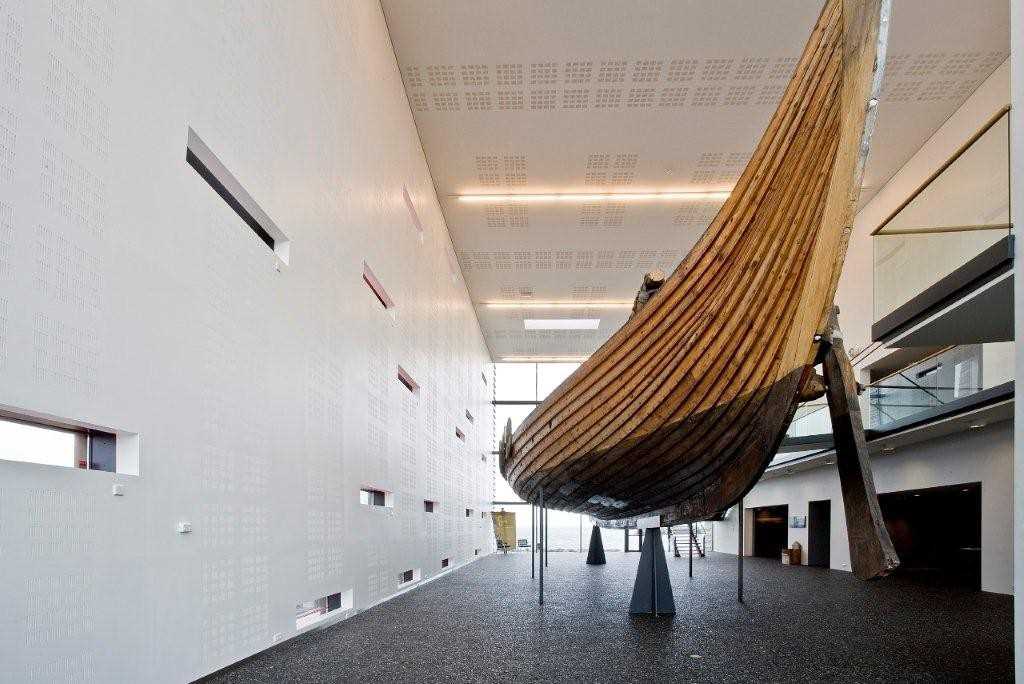 International Crisis
At least two of these shipwrecks were no accidents though. In the 15th century there was good business to be had trading fish in Iceland and the tradition at that time was that the first foreign ship to arrive in the spring would retain exclusive 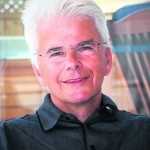 rights to trading with the Icelanders. In March 1532 a 60 ton ship from the Hanseatic League (a Germanic economic alliance) docked in Básendar on the western side of Reykjanes peninsula, which was particularly early according to Kristján. „Only a few days later a 150 ton English trading ship appeared and wished to dock as well and  wanted do some trading alongside the Hanseatic traders. And then another 120 ton English trading ship appeared. After the Hanseatic traders refused to allow the Englishmen to dock, the first English ship then tried to board the Hanseatic ship, but the Germans had cannons and fought the English ship back, which then crashed in the shallows. The second English ship also suffered defeat, but were allowed to retreat after having surrendered their weapons and paid ransom. The other surviving Englishmen then surrendered and went to Grindavík. In total nine sailors lost their lives in the battle, two Germans and seven Englishmen. The story is far from over there however. The English traders quickly became unpopular in Grindavík, as they were uncompromising in behaviour and would steal stockfish from the Germans and Danes. They would also do the fishing in their own boats with their own crews, whereas others would trade with the Icelandic fishermen. The Danish, German and Icelanders then put together a militia and drove the English out with considerable bloodshed, where 15 Englishmen lost their lives. This caused a massive international conflict which seemed to be heading towards a world war, but the English king Henry VIII og and Danish monarchs Kristján III and the Germans figured out a solution before it came to that,“ says Kristján. These historic events are documented throughout the area and of course especially in Grindavík, where the battle was fought. 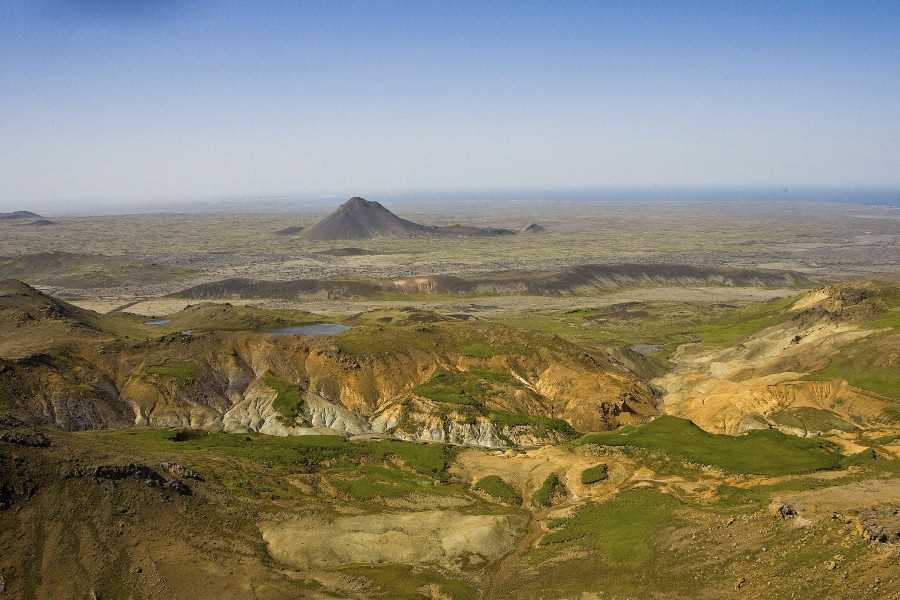 Pirates on the Horizon
These events were likely long since settled by the time a foreign ship was seen coming into Grindavík in 1627. The ship turned out to be a pirate ship originating either from Morocco or Algeria. The pirates pillaged and  plundered Grindavík, abducting twelve people who were later sold to slavery in Algeria. Be sure to check out  the historical sites and monuments detailing these vicious pirate attacks, there you can even find out what happened to those unfortunate souls who were sold to slavery.