1895-1905, children, boys swimming in the old swimming pool in Laugardalur. Below the picture is a handwriting in Danish, it seems to be: Badende Börn i de varm kilder paa Island (Reykjavik). The donor of the film is Dr. Torben Wolf, a Danish marine biologist who came to Iceland to set up an exhibition at the Nordic House, about the expedition of the Danish research ship Ingolf to Iceland, Greenland and the Faroe Islands in the years 1895-1896. The photo could have been taken while the expedition was in Iceland, but it is unconfirmed and unclear based on the attached information.

The outdoor, geothermal pool is the most interesting public sphere in Iceland. A place where strangers cross paths and acquaintances meet, it serves a purpose similar to the plaza in warmer climes, the pub in England or the café in France. It is a source of wellbeing and part of everyday life.

The exhibition traces the development of public pools in Iceland from the beginning of the 20th century when the focus was on learning, hygiene and physical education, illustrates how playing later became a key element, and finally to the present when pleasure is the ultimate goal of a spa-like experience.

Architects, graphic designers, product designers, fashion designers and experience designers have taken part in shaping this story in consort with the public, the pools staff, and the munincipalities. Social design at its best. 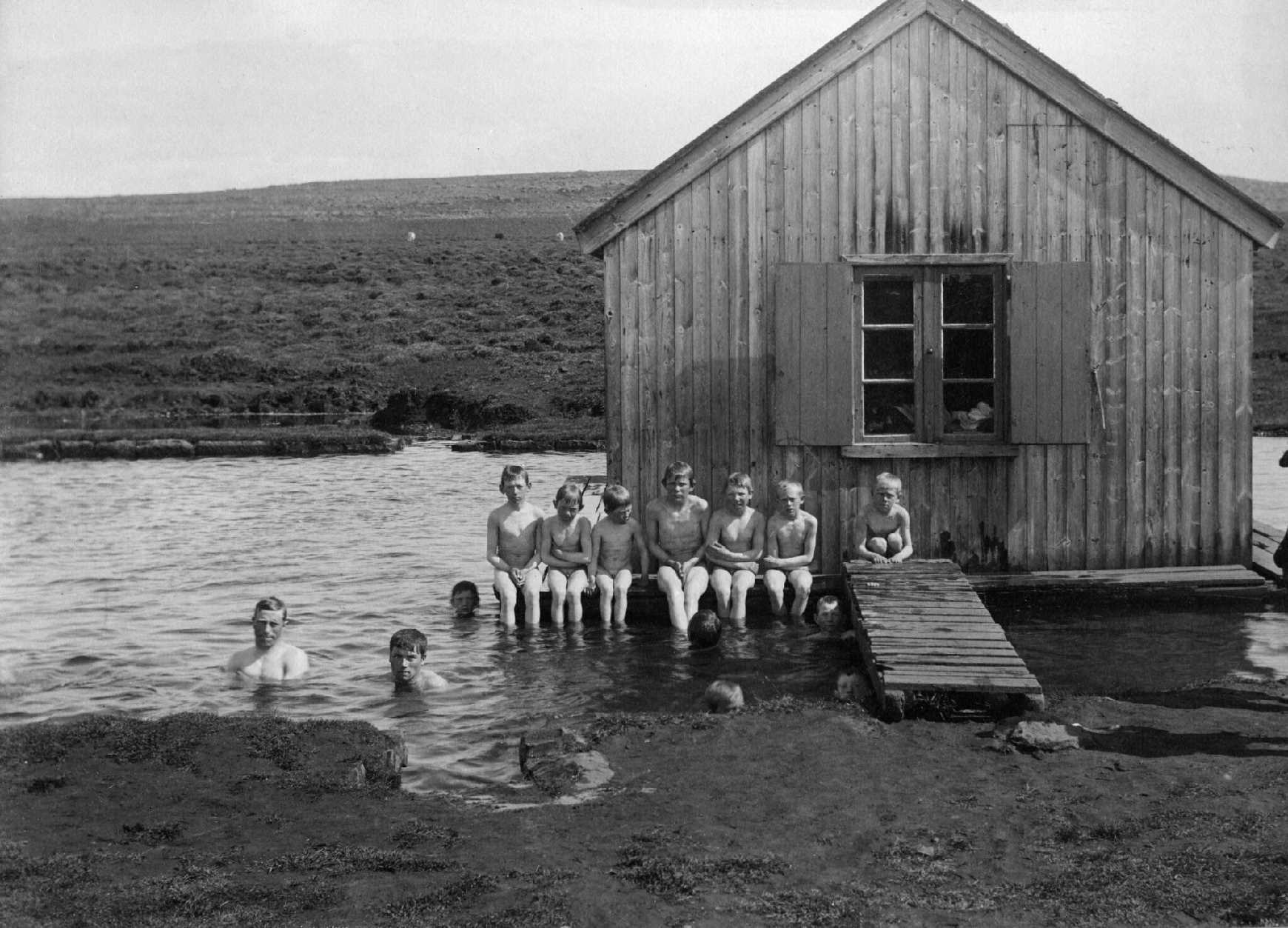 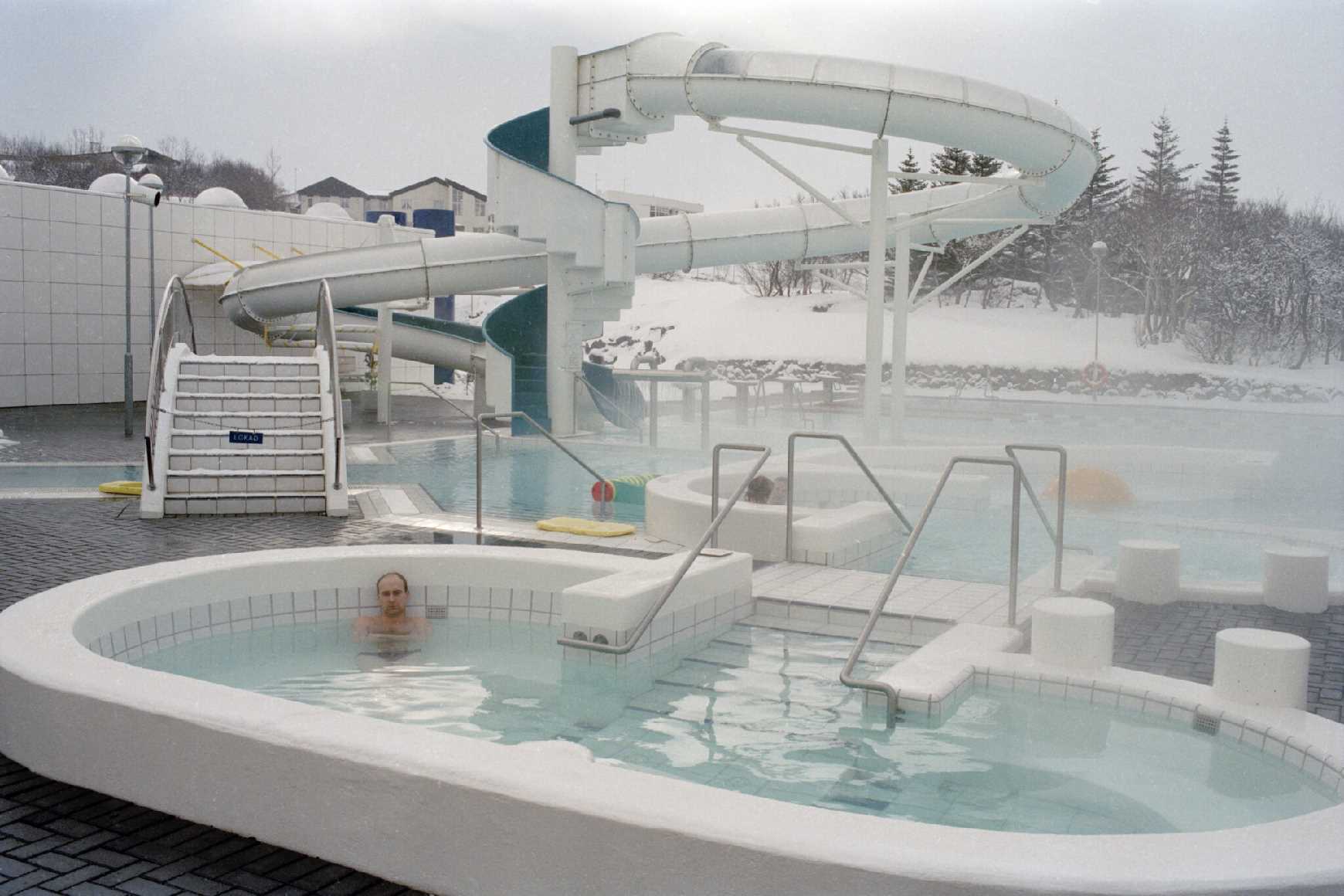