Vestmannaeyjabær – The town of Westman Islands

There are places in Iceland that simply need to be experienced. Vestmannaeyjar (the Westman Islands) fill that group by virtue of their natural beauty, the bounty of their wildlife, particularly birds, and by being historically and geographically one of Iceland´s most distinctive places.

The islands are part of a young and still active submarine volcanic system, most of them coming into being 10-20.0000 years ago. The latest in the group, however, Surtsey, south of Heimaey, grew from the sea floor in episodic eruptions from 1963 to 1966.

The famous eruption on Heimaey, the largest and the only inhabited island was, however, even more spectacular. It began in January 1973 and lasted until early July. The cone Eldfell  rose, the island became 2,3 km2 larger and block lava flows and ash burned or buried almost 400 buildings. The remains of the eruption are among the island´s most fascinating historical locales.

Heimaey may only be about 13 km2, but that small area contains enough magical scenery and birdlife to delight the visitor for days.  Other popular attractions are one of Iceland´s best 18 hole golf courses, deep sea fishing, bird- and whale-watching and hiking: up volcanoes, over lava fields or along the shore. Museums tell the history of the two- and four-legged inhabitants of the land as well as those of the air and the sea through the centuries. Comfortable accommodation is available as well as first class restaurants and coffee houses. 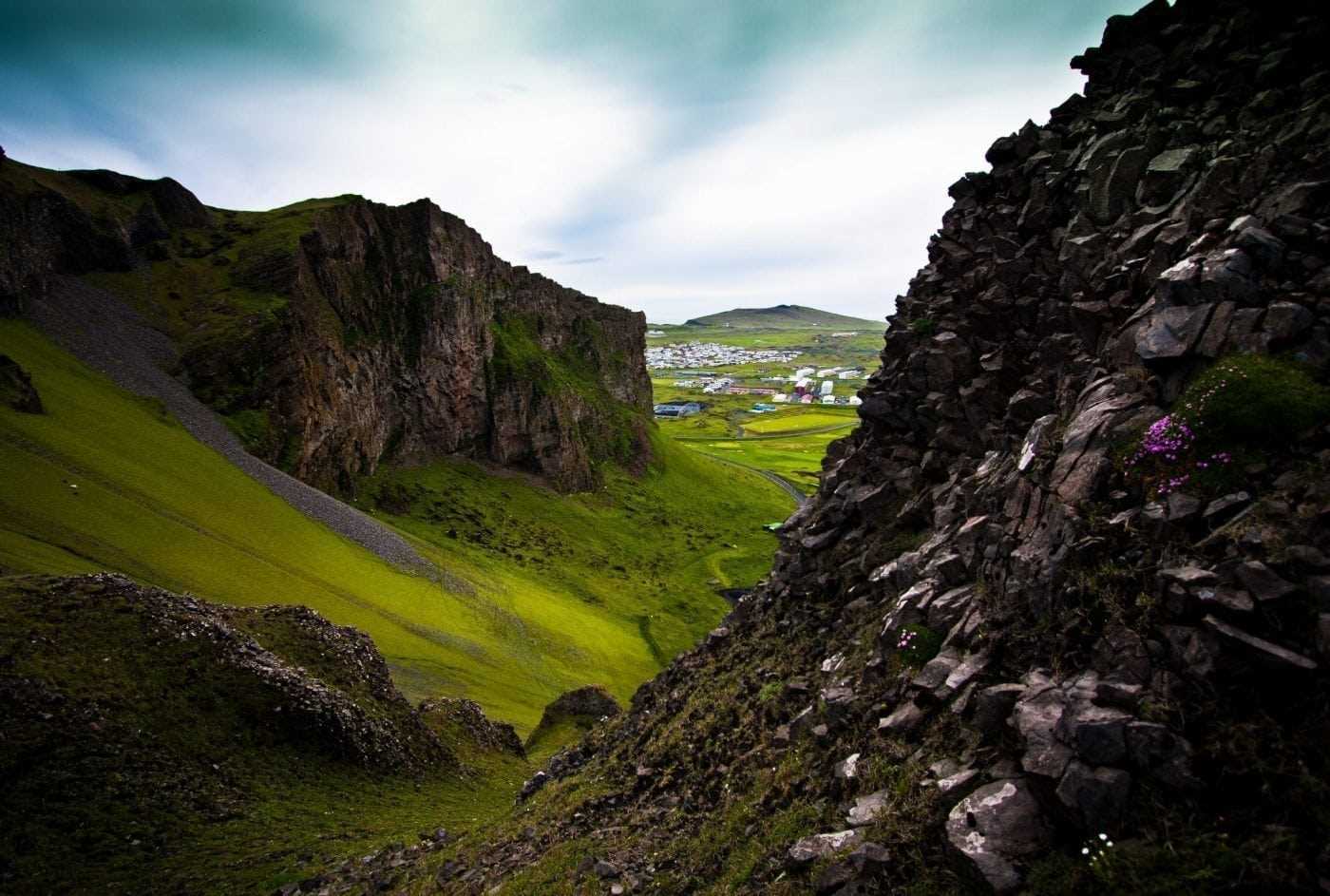 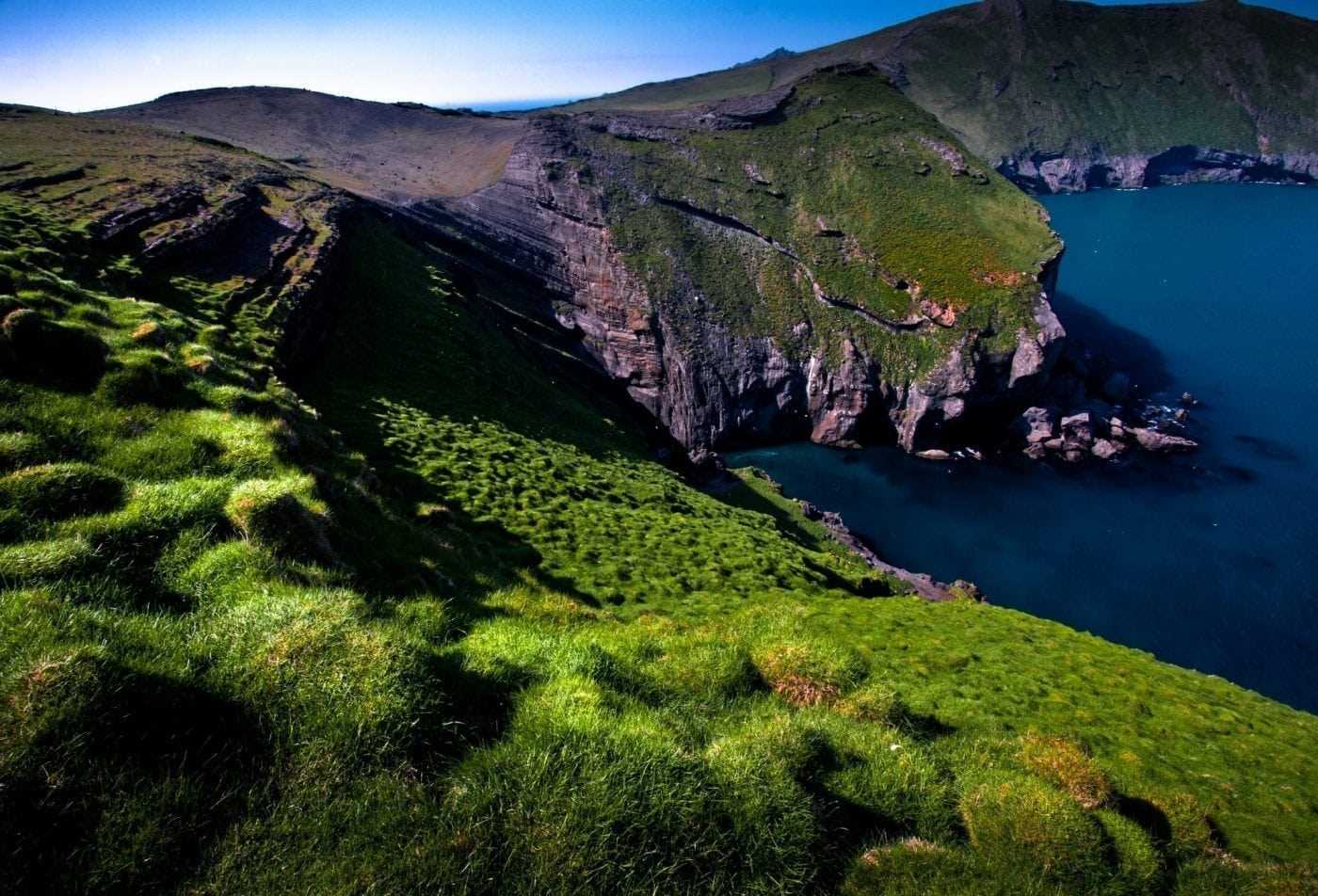