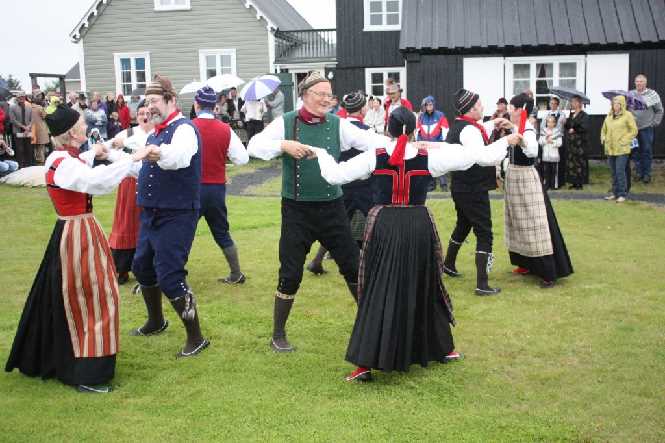 A Whirlwind Cultural Tour Selfoss, Stokkseyri and Eyrarbakki What I love about Iceland are the layers upon layers of captivating history that are hiding just beneath the surface of this land that was for so long ensconced in isolation. Every little community has its own trove of fascinating cultural finds that will delight and surprise you. Here is a brief overview of just some of what South Iceland’s Árborg Municipality has to offer. Selfoss on the banks of the Ölfusá River New places are popping up everywhere in Iceland to meet the needs of the influx of tourists, not the least of which can be found in Selfoss and its most recent addition, Tryggvaskáli Restaurant. Located in the town’s oldest building from 1890, Tryggvaskáli is fast becoming one of South Iceland’s premier fine dining establishments. Fannar, the head chef, received his culinary training in Iceland and in 2007 did a stint at the London restaurant, Texture, working under Iceland’s only Michelin starred chef, Agnar Sverrisson. See more here