The Music of Iceland Inspired by elves?

The Music of Iceland Inspired by elves?
The multitude of bands and musicians constantly emerging from Iceland has led to many speculations about possible reasons behind this creativity. Most analysts make a connection between Iceland’s often dynamic landscapes and some kids getting together and making music. Other reasons often cited have got something to do with elves, trolls, government subsidies or something in the water. Whatever the reasonis, there are indeed many musicians working in Iceland today and some of them are quite gifted. 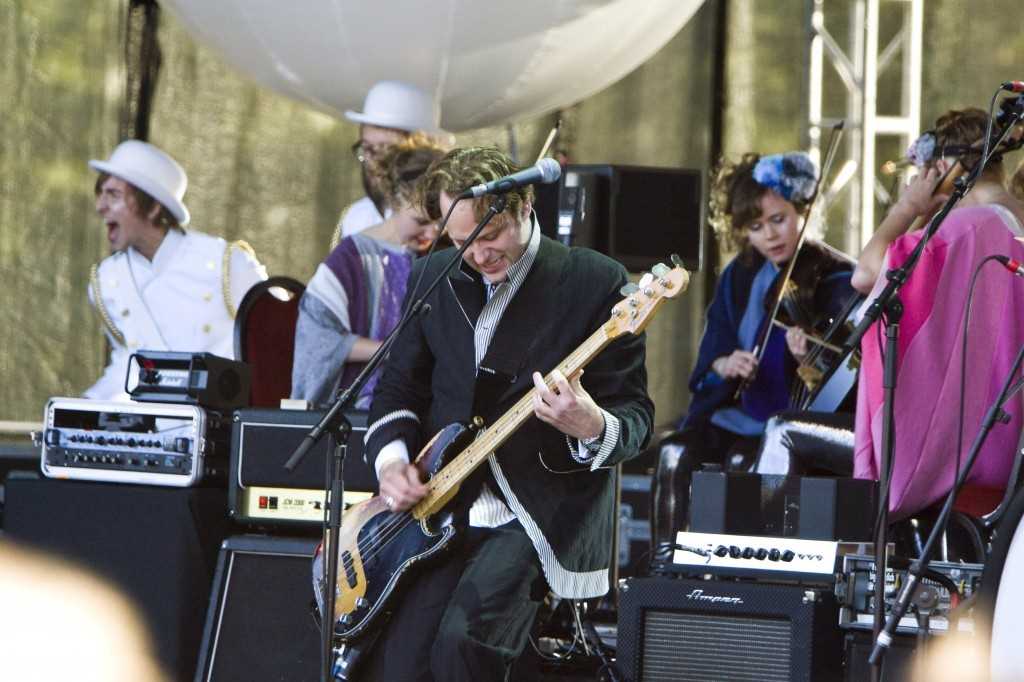 Most people with a passing knowledge of Iceland’s music scene usually ask: “Why is it that such a small country produces so many talented musicians?” The answer to that question is elusive and has spawned some very interesting theories and misconceptions. The most common being: Icelanders believe in elves, Icelanders are inspired by their majestic landscapes, Icelanders are bored in the darkness of winter or that Icelandic bands receive government support. Some of these misconceptions about Iceland and Icelandic music likely come from the most famous Icelanders, through no fault of their own. The most recognized Icelander of all time would have to be Björk.Since her first album in 1994 she has appeared in countless interviews  and news articles, which in somecases provide the only knowledge people have about Iceland. Sigur Rós is probably the most famous band to emerge from the shores of Iceland, having sold millions of CD’s, toured extensively all over the world with some of today’s most acclaimed artists and gathered universal acclaim from critics and music enthusiasts from all over the world. In their appearance in the media Sigur Rós and Björk have perhaps helped support the stereotype of the Icelandic people and music. If the only Icelanders you’d ever meet were Björk and members of Sigur Rós it would be quite understandable to perceive all Icelanders as shy, elflike, introvert characters with a great connection with the forces of nature. Other musicians from Iceland do not necessarily share their views on life. Looking for a common theme or style would prove a fruitless task as Iceland’s  modern music is as diverse as it isplentiful. Elves hold little significance to most and most musicians are born and raised in the capital area, not between an active volcano and a gargantuan glacier. The only really unifying theme is the sense of freedom; the fact that artists are free to explore their creativity without necessarily shedding their audience. Market laws do of course apply as everywhere else, but record sales do not seem to be the driving force for most artists. This can be seen by the seemingly endless flow of artists performing in tiny coffee shops, playing music that will almost certainly never reach a wide audience. 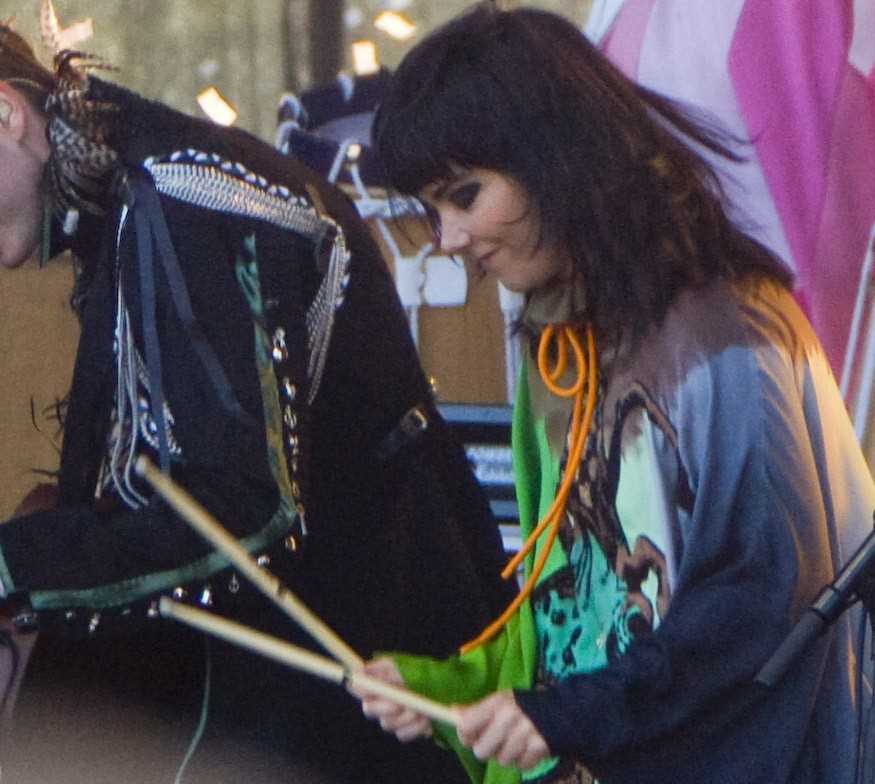 Curious heritage
Iceland’s musical heritage is a curious one, driven by strong rhythms, intricate rhyming and storytelling. Early on instruments were scarce due to harsh conditions, but rudimentary stringed instruments were available,  in particular the “Langspil,” which is a 2-3 string instrument native toIceland. The most common tradition is the so-called “Rímur” or rhymes,  which are sort of epic vocal poems, with fixed diatonic melodies. Rímur have had an upheaval of sorts with the recent collaboration of Steindór Andersen and Sigur Rós who performed and recorded Rímur a few years back. For those interested in modern interpretations of Icelandic  folk be sure to check out HinnÍslenski Þursaflokkur where you can hear progressive 70’s sounds, unconventional time signatures and  Icelandic folk traditions all in the same mix. A duet of two of Iceland’s most  talented guitarists, Guitar Iclancio, has been playing jazzed up versions of Icelandic folk songs for almost a decade to great acclaim.

Meet the Beatles
Rock and roll hit Iceland big and some of the early Beatles rockers are still creating music today. One of the most successful early rockers was Hljómar, which even made it as far as cutting an EP for Parlaphone. Said EP apparently is an extremely valuable  collector’s item today. With the  advent of psychadelica and progressive rock Hljómar united with another popular group of the time, Flowers, to form the super group Trúbrot, which recorded one of the more acclaimedalbums in Icelandic rock history.

Iceland’s Dylan
One of the more acclaimed and infamous musicians is Megas, who has been called the Icelandic Dylan. Since his first album came out in 1972 the Icelandic people have learned to love and hate him simultaneously. His peculiar voice, his choice of lifestyle and controversial lyrical topics have made sure that every Icelander has an  opinion on Megas. Another controversial figure and a friend of Megas is Bubbi Morthens,one of the biggest selling recording artists in Iceland. An early punk rock  icon and working class spokesman, he is responsible for some of themost important music in Iceland’s rock history. Bubbi is known for  speaking his mind on whatever topicsare at hand, be it drugs, politics, his own dyslexia or his recent financial troubles.

Rock in Reykjavík
The most famous Icelander outside of Iceland is most certainly Björk Guðmundsdóttir. While her solo output is her most recognized work, she was an active participant in the Icelandic punk rock scene in her early years. Björk was a member of bands such as K.U.K.L. and Tappi Tíkarass, while eventually having her breakthrough with the Sugarcubes. The Icelandic punk scene was a glorious melting pot of adolescent rebellion and exciting music. Of the more renowned punk artists were:  Utangarðsmenn, which played angryblues inspired punk, Þeyr which delved into the cold world of postpunk (notice future Sugarcubes  drummer, Sigtryggur Baldursson),Purrkur Pilnikk were the youngest  of the bunch and included future Sugarcubes vocalist Einar Örn Benediktsson, who is now fronting an experimental noise band called  Ghostdigital. The Icelandic punk rock scene was documented brilliantly in Rokk í Reykjavík (both DVD and CD)  where you can witness enlightened discussions about glue sniffing and other punk rock shenanigans.

Pop
It is however in recent years that the music scene began to expand to its current size, now boasting successful artists in almost all genres, ncluding rock, pop, jazz, blues, classical, opera, ambient, rap, punk, progressive metal and even a reggae band. Icelandic female singer-songwriters have been especially prominent in recent times. In addition to Björk, chanteuses such as Emilíana Torrini, Hafdís Huld and most recently Lay Low have been singing their way  into the hearts of the internationalcommunity. Although each of them has their own style they all share a certain cutesy sincerity. Torrini has  been putting out albums for sometime and has been reigning over the European charts this summer with her hit single “Jungle Drum.” Hafdís Huld was originally a member of the GusGus collective, but is now anestablished solo artist. With her  blend of country, blues and indie music Lay Low is one of the best selling artists in Iceland and surely on her way to international acclaim.One of the more exciting acts to emerge from Iceland today calls himself Mugison. Mugison started as a solo performer with a laptop and gained a large following as such. Always looking for a new sound and vision, he now performs with a full rock and roll band which ably plays almost all possible genres, often within the same song. Don’t be surprised to hear soft acoustic songs, heavy blues rock and death metal in the same sitting. Bang Gang has been around for awhile, yet their music has only recently reached international shores. Bang Gang is really a one man band, whose leader Bardi Johannsson also performs under his own name and with Lady & Bird.

Classical
The Iceland Symphony Orchestra is considered one of the leading  Nordic orchestras and has in recenttimes been active in collaborating with contemporary artists and putting up memorable concerts. The orchestra is in fact one of the  few musical endevours subsidized by the government (through the  national radio.) Classical music in Iceland is certainly not exclusive to the Icelandic Symphony Orchestra. Jóhann Jóhannsson is a renowned composer of modern classical music and has released several albums to wide critical acclaim. Another young prodigy, Ólafur Arnalds, has been causing a stir within the classical community with his electronic/ambient influenced compositions. Already he has performed to a full audience at the Barbican Hall and toured with Sigur Rós.