The Pearl of Drangey

The Pearl of Drangey

A Beach Guesthouse and a Birdwatcher’s Paradise
A beautiful twenty minute drive up a gravel road from Sauðarkrókur on Route 744, brings you to Reykir, an isolated guesthouse in a spectacularly beautiful spot. From here, there are many hiking possibilities, including a hike up Tindarstóll, the mountain that towers over Reykir, to the magical stone in the lake.
Viggo and his son, Helgi Rafn, run the guesthouse together today. Viggo learned its secrets from his father, who grew up here and lived in Reykir his whole life. His father used to take visitors out on his boat for a tour of Drangey, where puffins and many other birds mingle amongst the craggy cliffs; a tradition that Viggo and Helgi Rafn continue with 3-hour, guided boat trips, an unmissable addition to your holiday. 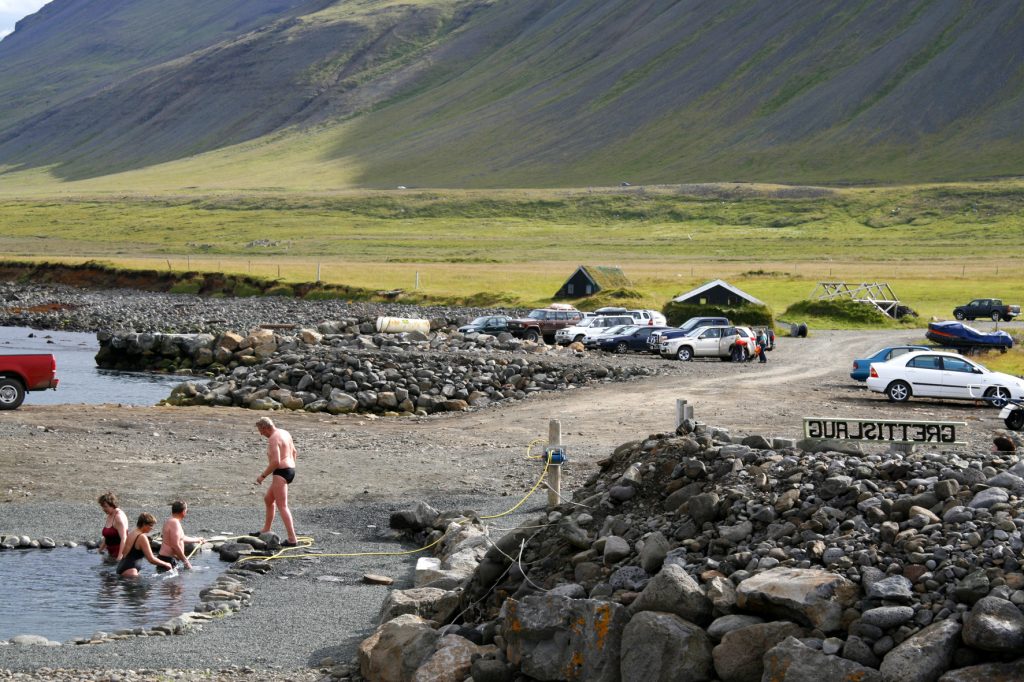 Drangey: The Food Chest
Drangey rises steeply out of the fjord 170 m high. Its flat top is covered with grass and, with its steep nesting cliffs, is one of the most famous birdwatching sites in Iceland. In times past, when famine was over the country, Drangey was called ‘Skagafjörður’s Food Chest’. So many different varieties of birds are to be found there that today it is truly a birdwatcher’s paradise. 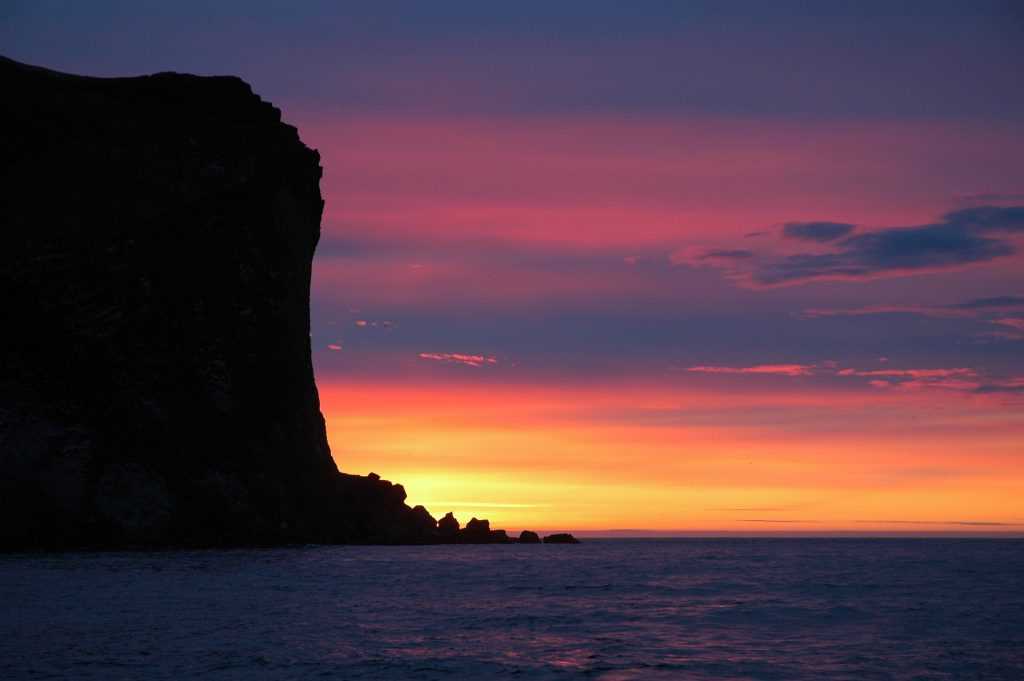 A Place of Evil Spirits and Outlaws
Locals used to believe that evil creatures lived on the island because many men plunged to their deaths trying to gather eggs and hunt the birds that lived there. According to legend, one of the bishops at Hólar came to bless the island and encountered an evil spirit. When confronted, the spirit mournfully said that, “even evil needs a place to live”. After pausing for a moment, the bishop agreed to leave one part of the island unblessed so that evil spirits had somewhere to reside.
It was on the island that Grettir the Strong took sanctuary for 2 years in the 11th century after being made an outlaw, as described in Grettir’s saga. 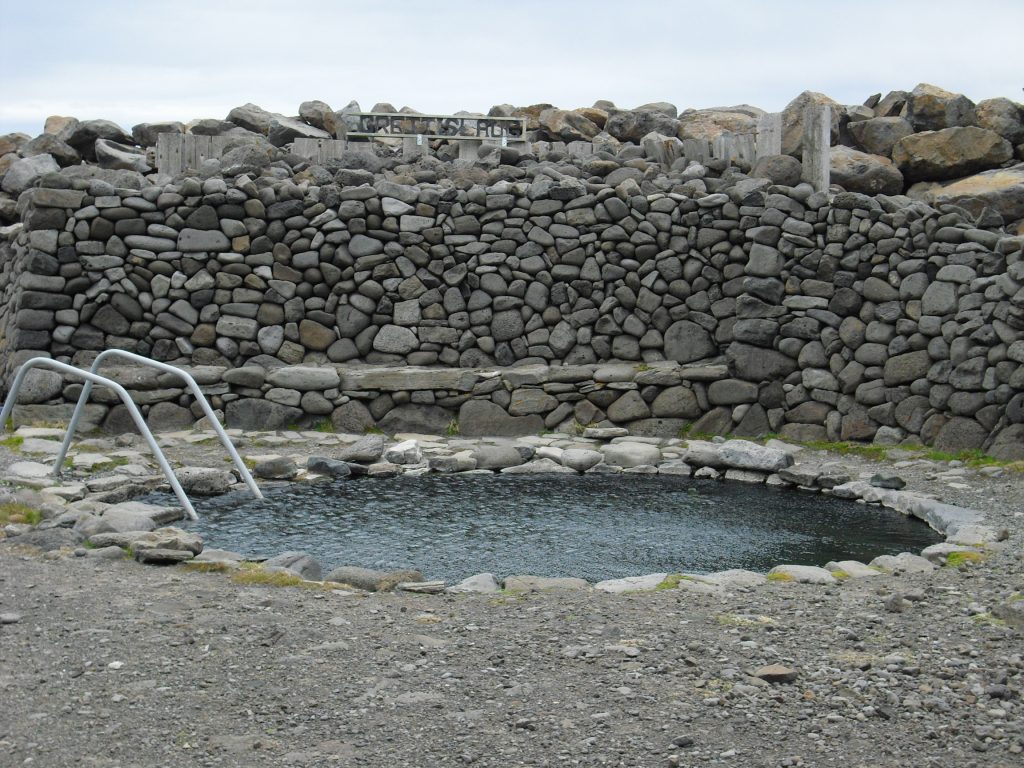 Relax in the Pools and Guesthouse
Heading back to the guesthouse, visitors will find two natural hot pools called Grettislaug, named after Grettir. Fed from a hot spring, they are 38°C, so a dip in the pool can quickly take away chills from the wind or soothe tired feet after a day’s hiking. Next to the hot pot is a small pond where horned grebes, small red-headed birds that build floating nests, usually swim. The horned grebe is relatively scarce worldwi 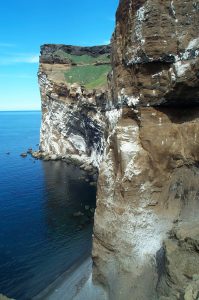 de, but is plentiful in northern Iceland. Following Viggoʼs directions, down the beach, past driftwood and over rocks, small, glittering pebbles can be found, littering the beach under the cliffs where crashing waves have smoothed them. Looking up, the island of Drangey appears close enough to reach out and touch.