Einar Jónsson (1874-1954) is one of the artists who, at the beginning of the 20th century, laid the foundation of modern art in this country. He is also the first to make sculpture his central and life’s work. Einar went to Copenhagen in 1893, where he studied under the Norwegian sculptor Stephan Sinding. In 1896 he entered the Royal Academy of Arts and received a grant from Alþingi to complete his studies in 1899. Einar’s artworks and life’s work can be viewed at the Art Museum, which bears his name at the top of Skólavörðuholt. 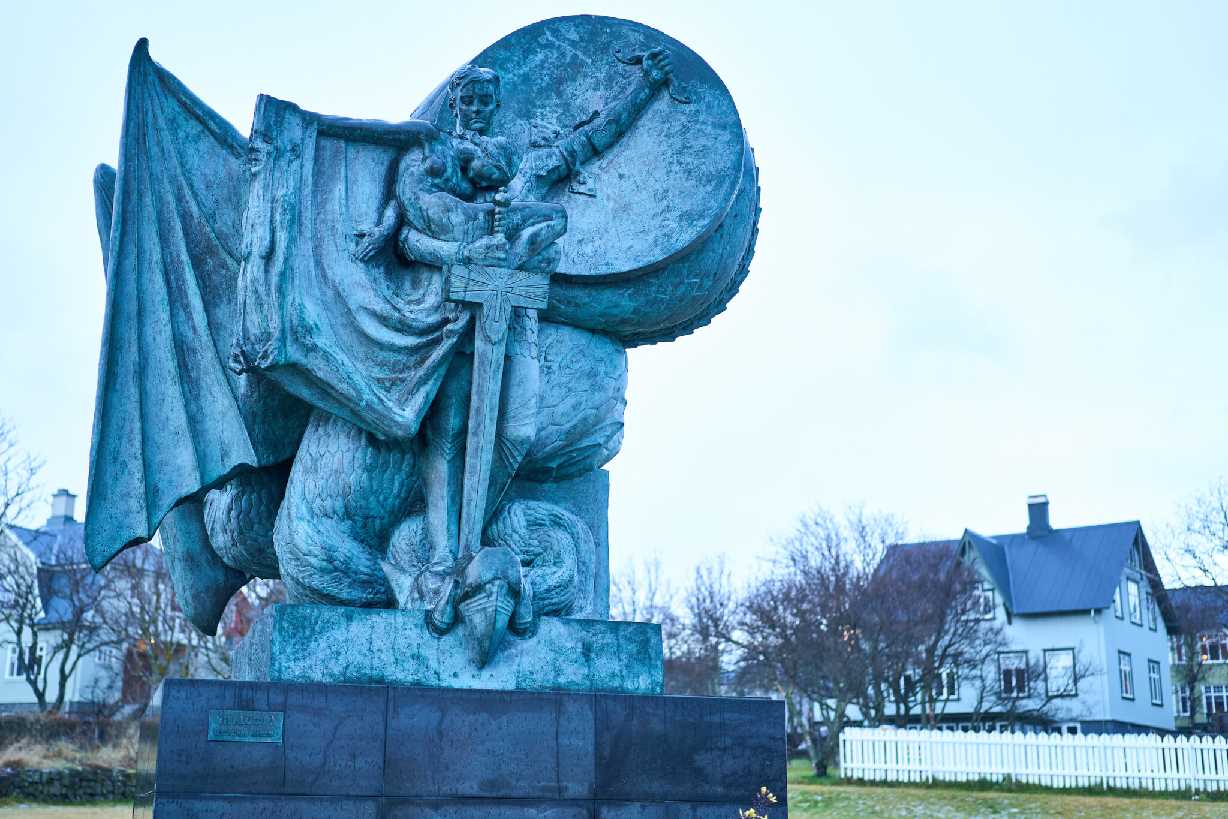 Einar began the sculpture Úr álögum (Free from enchantment), which stands in Hljómskálagarður, in 1916 and completed it in 1927. The subject matter from which Einar created the work is well known in medieval art. But he goes his own way in his artistic creation, despite the apparent connection to legends and visuals of Saint George’s encounter with the dragon and the rescue of the girl.