One of the best things about Iceland is that most of it‘s wonders are within a few hours drive. But many may not realize that you can enjoy a cup of coffee downtown Reykjavík and then thirty minutes later stand in the precence of some of the earth‘s largest mammals.
Elding Reykjavik Whale Watching company is conveniently located in Reykjavík’s old harbour from where whale watching tours depart several times a day out to Faxaflói Bay during the summertime. So if you have a few hours to kill in Reykjavík a stroll down to the old harbour is definitely worth your while. The various types of whales commonly sighted in Faxaflói Bay include minke whales, white-beaked dolphins, harbour porpoises and the popular humpback whales. Sea birds such as gannets, puffins, guillemots, cormorants, gulls, kittiwakes and arctic terns are also commonly seen. 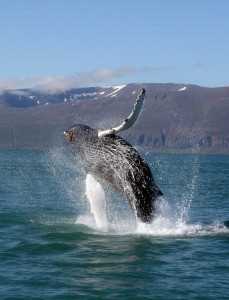 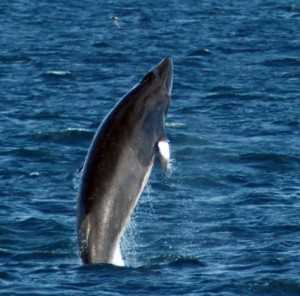 Experts on Board
Elding is one of the largest and most experienced whale watching company in Iceland with over ten years of experience in the field. Elding puts special emphasis on providing skilled and experienced tour guides so as your trip will be both enjoyable and highly informative. Most of Elding‘s tour guides are marine biologists who never get tired of talking about the sea and its inhabitants and can use their extensive knowledge to sniff out the best whale watching locations, and that is meant in a literal sense as some whale species have a particularily pungent odour around them. Elding’s staff have been researching the whales’ behaviour in Faxaflói Bay and have seen that the same animals return every year and have since gotten to know their individual charecteristics and even given them names.The tour guides and ship captains can also pick up tiny clues such as bird formations, marks in the ocean, popular feeding spots and years and years of experience– giving them over a 95% success rate. You can even follow sightings in an online diary at www.elding.is 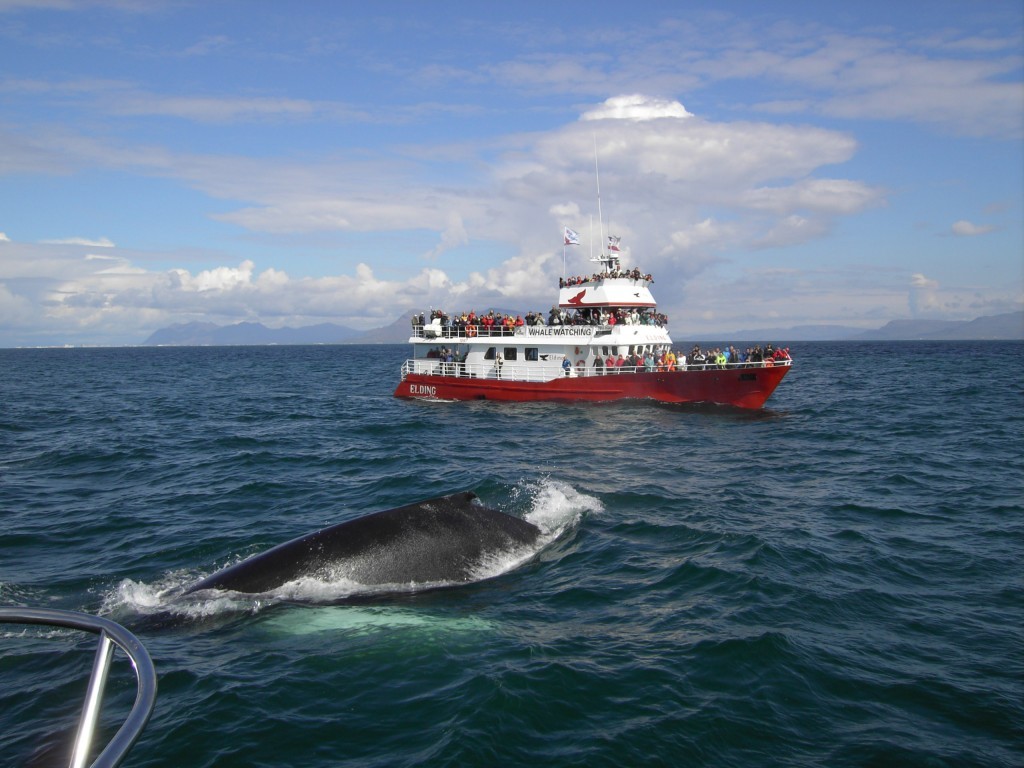 Not Just Whales
Other exciting tours Elding has on offer give you the chance to go sea angling, birdwatching or a trip to Viðey Island, which is an important historical site where archaeological excavations have revealed that the island was already inhabited in the 10th century. The colorful puffin is one of the many inhabitants of Faxaflói and a trip up to Puffin Island is truly a rewarding experience. All of Elding‘s trips include sightseeing around the Puffin Islands during the puffin season, from May 15th to August 15th. This summer Elding will give you an exciting opportunitiy to see the whales of Faxaflói Bay surfacing under the midnight sun. A more picturesque opportunity is almost unthinkable.

Elding also operates the Whale Watching Centre housed in a converted fishing vessel alongside the touring vessels, where you can see a multimedia presentation about whales, seabirds and other marine life. Elding has a strict environmental policy, both in terms of polluting and interacting with the whales. For more information and booking visit www.elding.is or call +(354) 555 3565