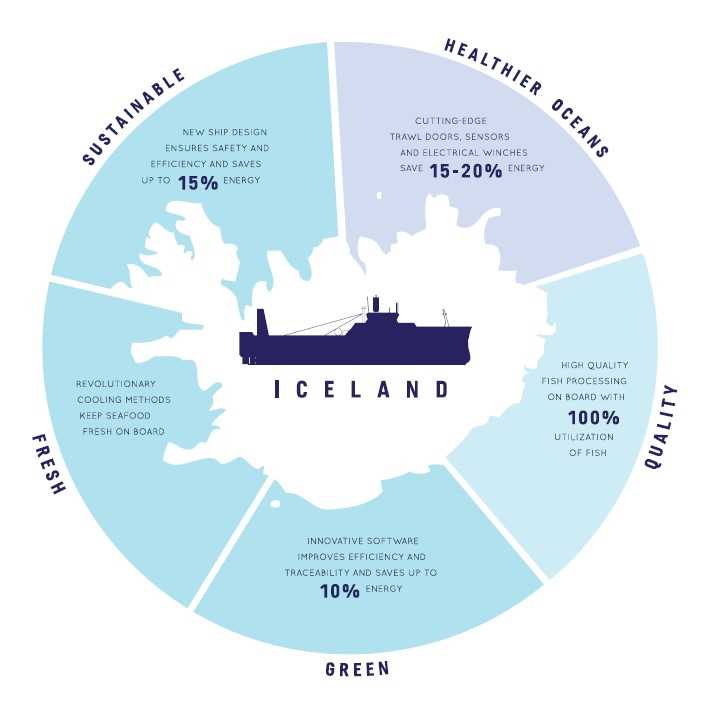 “All over the world, scientists are working toward the same goal, to find an answer to the most urgent question of our time – how to tackle climate change and reduce emissions. Iceland has a story to tell that can be useful for other countries in this quest”, – said Nína Björk Jónsdóttir from the Icelandic Embassy in Paris. She held the speech in connection with the Nordic booth during the World Efficiency trade show 2015.

Today all stationary energy in Iceland is 100% renewable. More or less everything is powered by renewable energy, except the transport on land, air and sea, although we are now working on reducing emissions in that sector as well.

It is not only good for the environment to invest in renewable energy, it is also good for business. Every decade geothermal used for space heating alone, saves the Icelandic people the equivalent of one year’s GDP. Instead, we support the welfare system, schools or other good things, because of our investment in renewable energy. Our message to other countries is:

·         In Iceland we transformed our energy system in only one generation, from fossil fuel to hydropower and geothermal, harnessing the heat under our feet. What a blessing it is for a country called Iceland, to have all this warmth underneath. Every country must use the energy sources at hand. The solution to reducing emissions will not come from one single source but from a mixed portfolio of existing and new technologies, such as biofuels, solar power, wind energy etc.

·         Geothermal energy will be a part of the solution and it is available in many more countries in the world than people tend to think. Iceland is now working with other partners on how to advance the use of geothermal energy.  The unused potential of this energy source worldwide is huge. So we feel it is important and our responsibility to spread this message.

·         For almost 40 years Iceland has through the UN Geothermal Energy Program that we fund and run under the auspices of the United Nations University, been promoting the use of geothermal energy and has trained more than 500 geothermal experts, from more than 40 countries.

·         Icelandic companies have also been participating in geothermal projects in Kenya, China, Nicaragua, Djibouti and many other parts of the world.

·         Iceland is working with the World Bank on developing the use of geothermal energy in the East-Africa Rift Valley, covering 13 countries all the way from Eritrea in the North, to Mozambique in the South.

·         At the COP21, a Global Geothermal Alliance, will be launched, under the auspices of IRENA – the International Renewable Energy Agency, where counties that share this ambition, such as Iceland and France, will work together: By creating an Alliance for geothermal we intend to gather stronger political support for this technology specific resource and at the same time create dialogue with the private sector and other stakeholders with the aim to enhance geothermal deployment globally.

·         From the “gold” under our feet, to the silver in the sea. The fishing industry is one of the main pillars of the Icelandic economy. For a fishing nation like Iceland, which relies so heavily on the resources from the ocean, it goes without saying that responsible and sustainable fisheries and respect of the marine environment are very important.

·         Icelandic companies have developed solutions that aim at protecting the environment and reduce emissions, as regards the whole value chain of fisheries. That is to say, all the way from the ships catching the fish and until the fish is ready to be consumed. The solutions are based on better utilization of energy resources, reduced oil consumption, better utilization of raw material processing and more.
Source: Nína Björk Jónsdóttir, Icelandic Embassy in Paris. Speech in connection with the Nordic booth during the World Efficiency trade show, October 2015.