Djúpivogur to Lón, a top site for birds in SE Iceland.

The municipality of Djúpivogur (Berufjörður, Álftafjörður, Hamarsfjörður and Papey island), together with Lón and the Þvottárskriður and Hvalsnesskriður scree slopes, is one of the top five birding sites in Iceland. The largest and most diverse concentrations of birds occur on eutrophic coastal lakes, mudflats, and the shallow waters, some of which hold internationally important numbers of birds, as well as the bird cliffs on the deserted island Papey, six km offshore from Djúpivogur. The coastal lowlands are sparsely populated by sheep farmers, and most of the inhabitants live in a small fishing village, Djúpivogur. 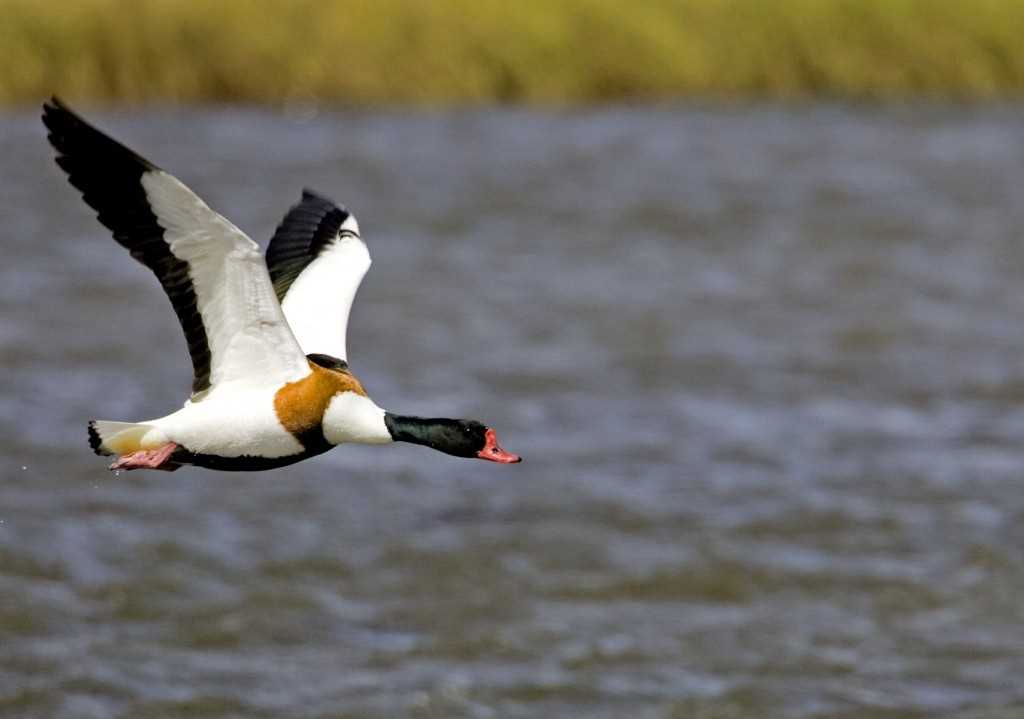 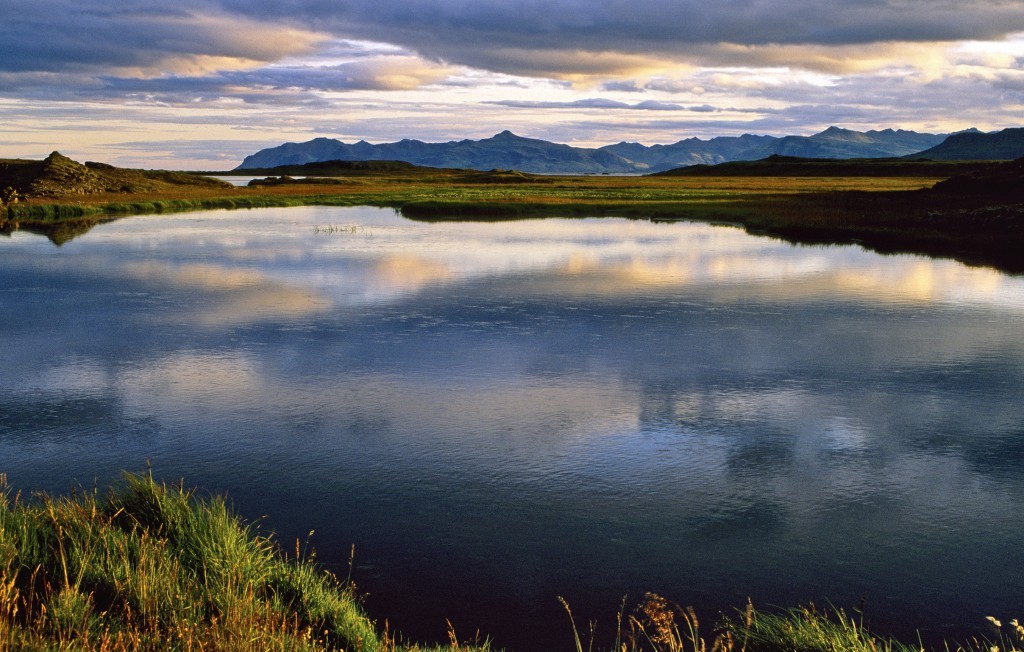 Breiðivogur and Fýluvorgur
The area around Djúpivogur is unique and in the recent years, the municipality has developed facilities for birdwatchers. Information boards, birdwatching hides and a website are some of things being done to help visiting birdwatchers get the most out of their visit. The Common Shelduck, a recent colonist in Iceland, has become established here in recent years. Other breeders include Horned Grebe, Red-throated Diver, Northern Shoveler, Northern Pintail, Long-tailed Duck and Rock Dove. During the migration season birds like Red Knot, Sanderling and Ruddy Turnstone are common on the mudflats around Búlandsnes. 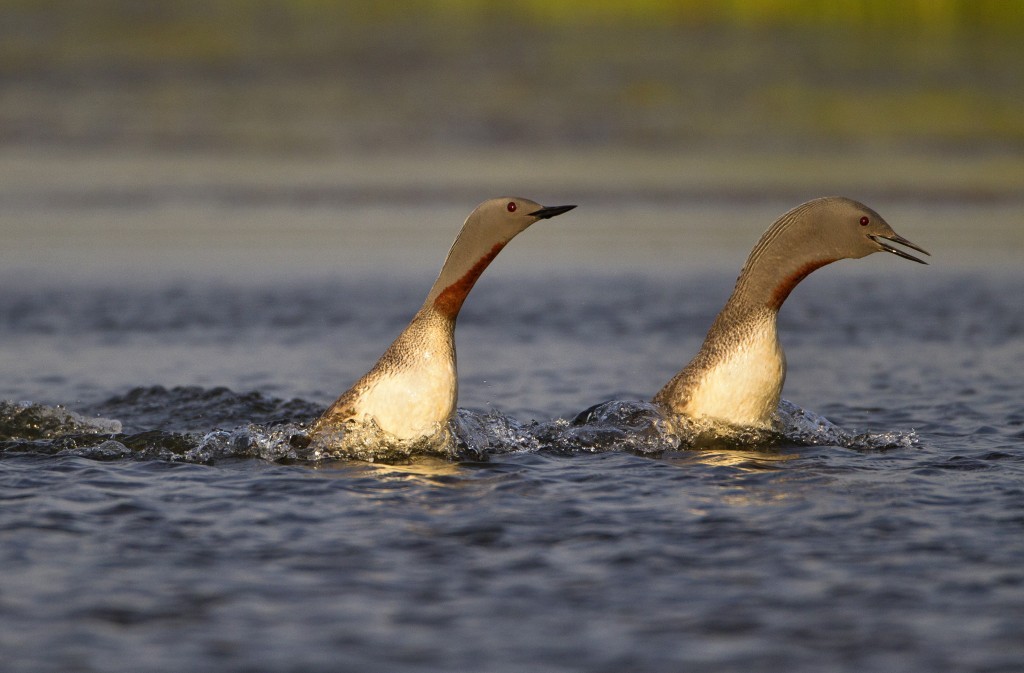 In Berufjörður, west of Djúpivogur, Harlequin Duck can be found at the outlet of River Fossá in the bottom of the fjord and on other rivers in the area. 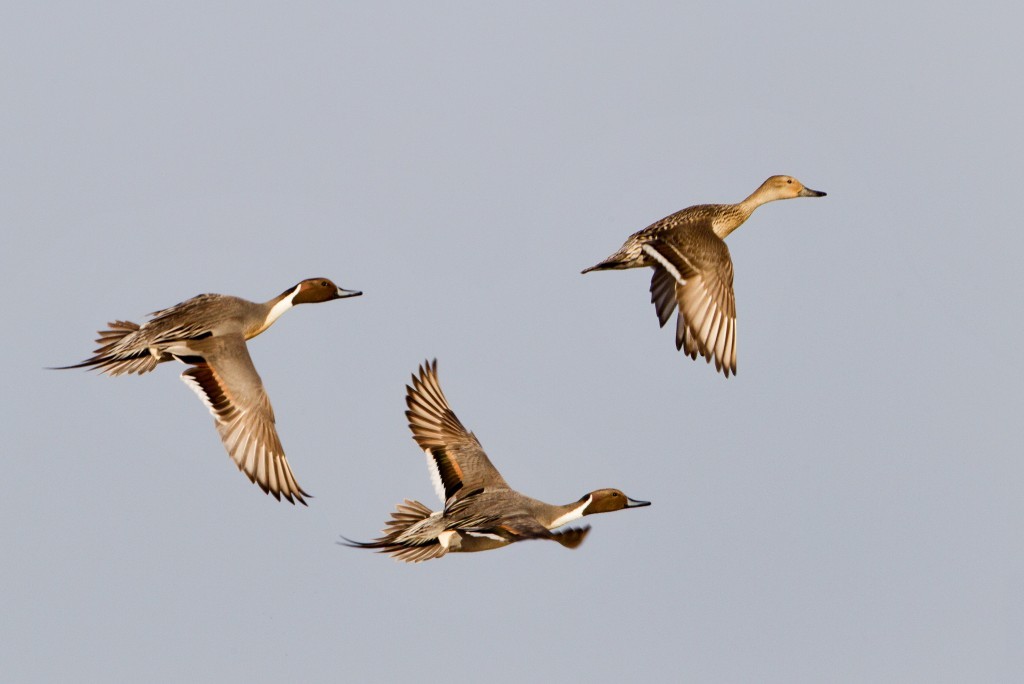 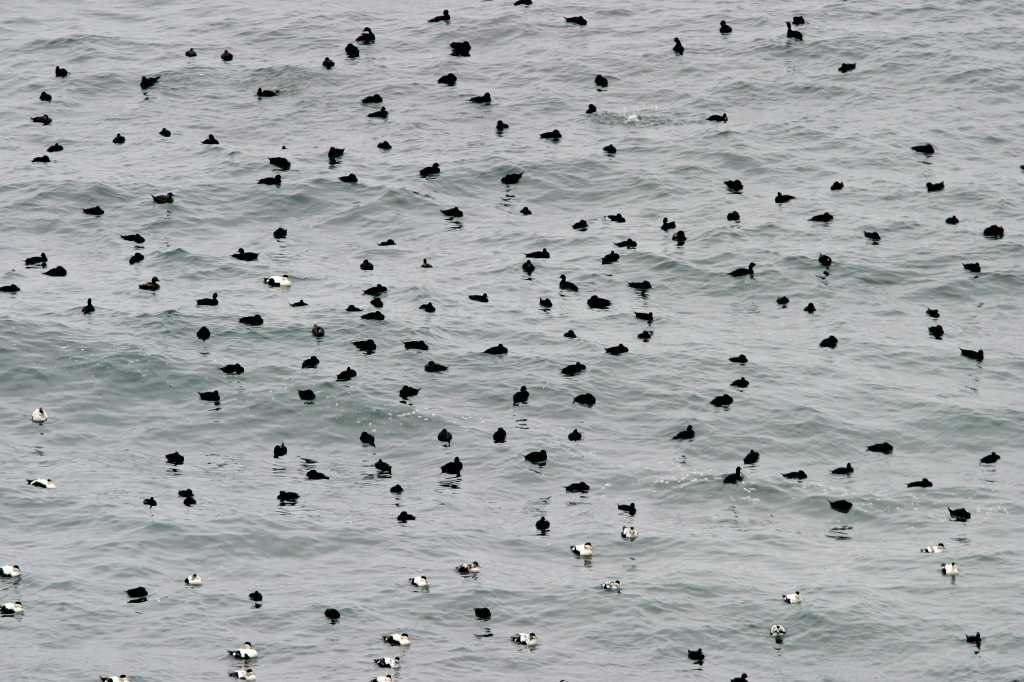 Papey is easy to visit and there are regular boat trips out to the island in summer. The island is 2 km2 and marshy, and is surrounded by a few smaller islands. The birdlife is dominated by seabirds. Large numbers of Atlantic Puffin (estimated 200,000 pairs), Brünnich’s Guillemot, Common Guillemot, Razorbill and Black-legged Kittiwake breed here. The island also has wetlands which support a range of birds. A recent colonist is the European Shag and the European Storm-petrel has bred there. 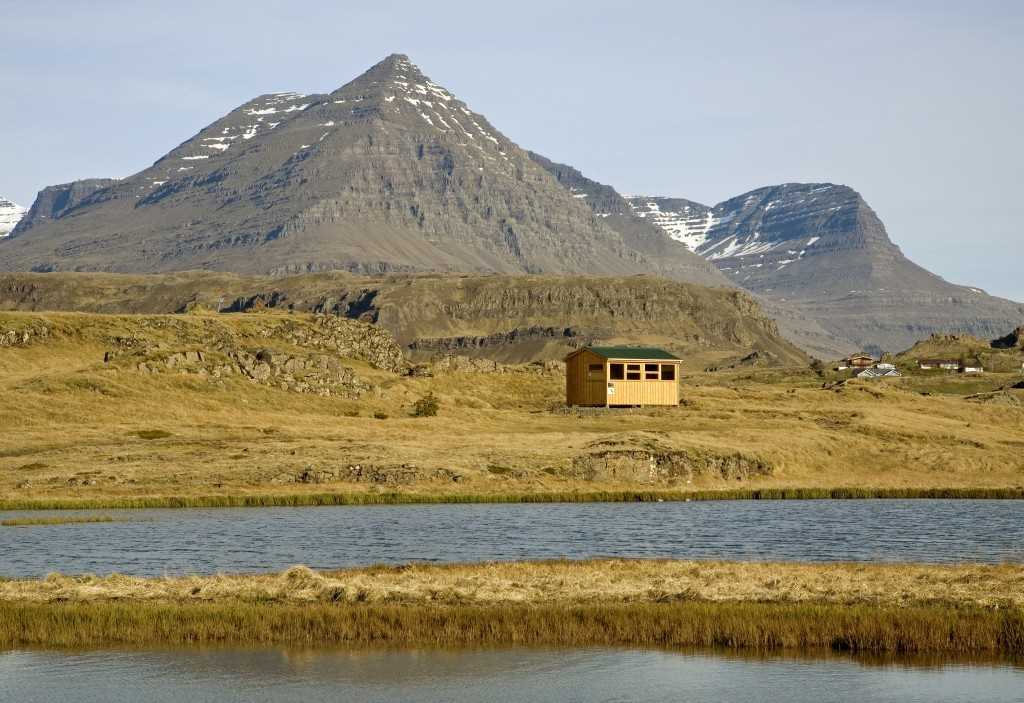 To the south of Djúpivogur there are two shallow fjords which support a wide range of birds, Hamarsfjörður and Álftafjörður. They are important stopovers for birds like geese, Whooper Swans and waders. Up to 3,600 Black-tailed Godwits have been recorded in Álftafjörður in a single count and it is one of the main stopover sites for this species in Iceland. The fjords are important moulting sites for the Greylag Goose, and the Common Shelduck has started breeding here, as it has done in Djúpivogur. 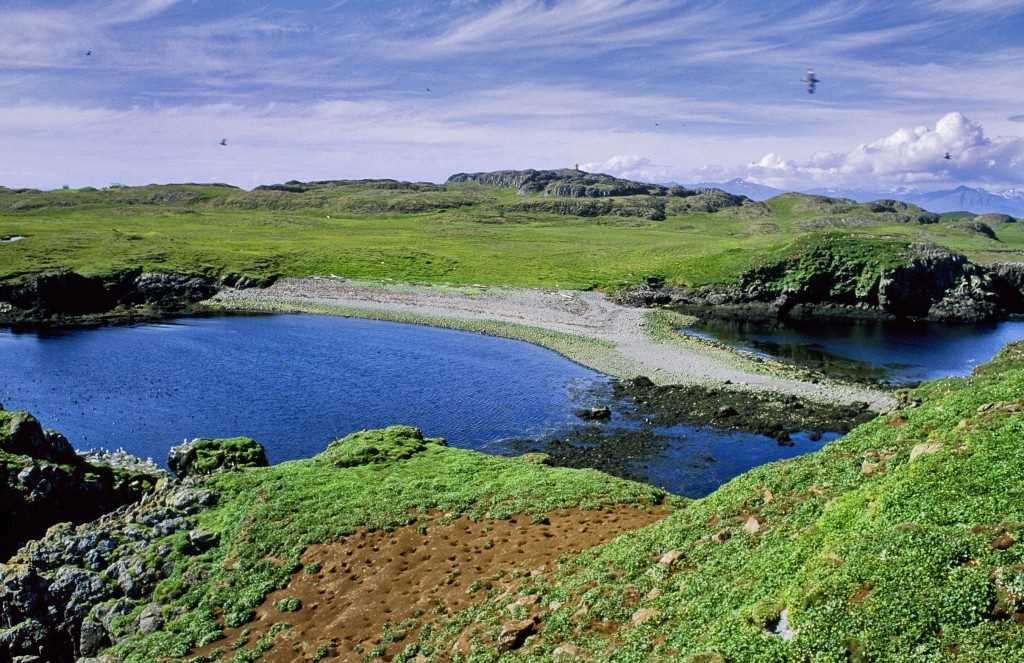 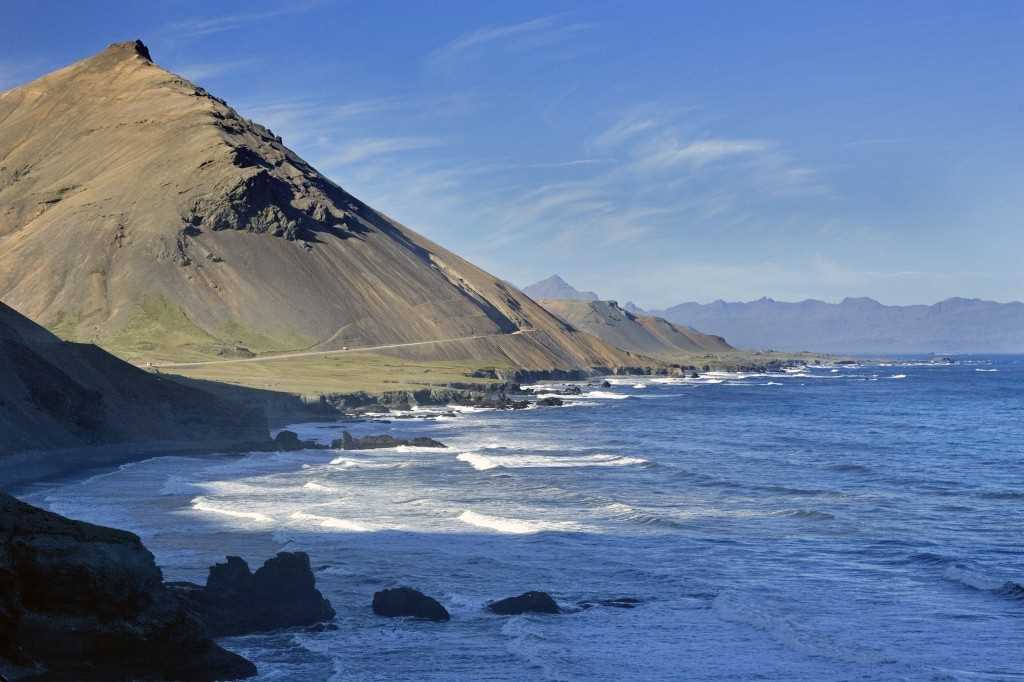 To the south of Álftafjörður, the road traverses a series of scree slopes which drop steeply to the sea, known as Þvottárskriður and Hvalsnesskriður. During the summer, flocks of Common Scoter can be found on the sea here and Velvet Scoter, White-winged Scoter and Surf Scoter are regularly found in these flocks. Huge flocks of moulting Common Eider are also found here in late summer and species like Long-tailed Duck, Harlequin Duck and Black Guillemot feed in this nutrient-rich sea. 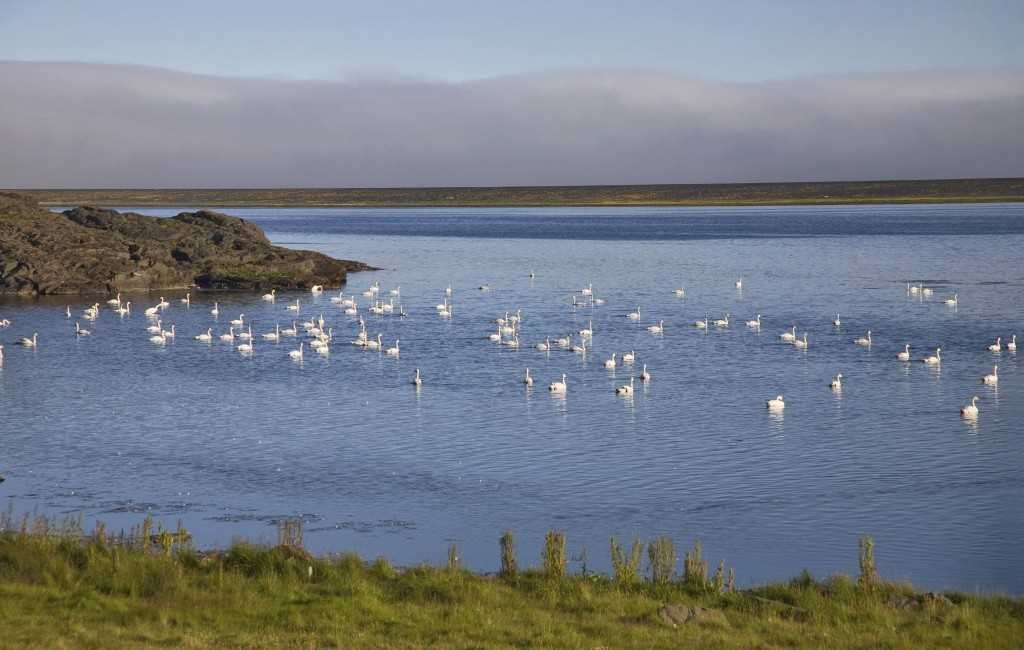 Moving further west you come to the shallow fjord or brackish Lón lagoon which attracts the densest population of Whooper Swans in the world. This is one of the greatest wonders in Icelandic nature. Whooper Swans can be found here all year and at certain times of the year up to half the Icelandic population may be present here, approximately 10,000 birds. The largest concentrations are during spring migration and during the late summer and autumn moult. Greylag Goose, Eurasian Wigeon and Common Eider are also common here. 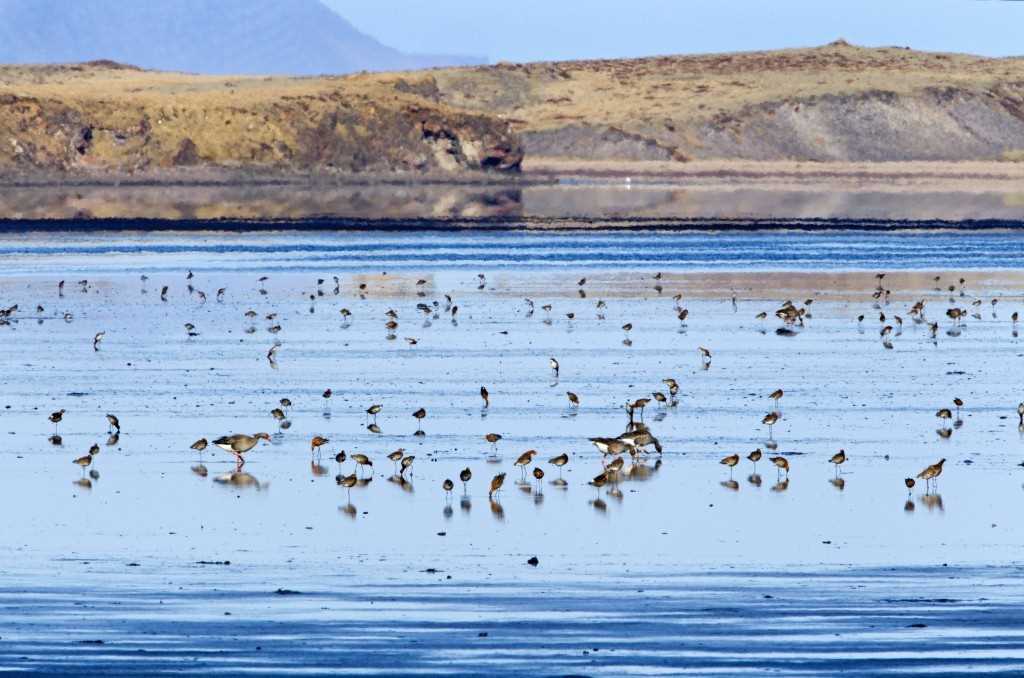 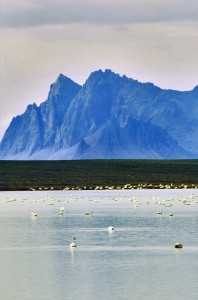 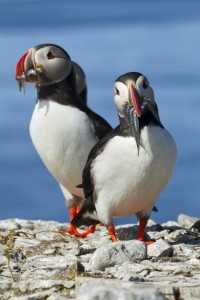 Reindeer are common in the area and can be seen all year, although most frequently in winter and spring. Common Seal are also widespread and breeds in Þvottáreyjar, but they are difficult to approach.

Papey, Hamarsfjörður–Álftafjörður and Lón are all listed as Important Bird Areas (IBA) by BirdLife International. A useful website on birds and birdwatching in Djúpivogur is www.birds.is