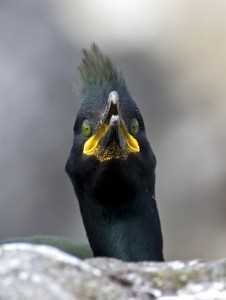 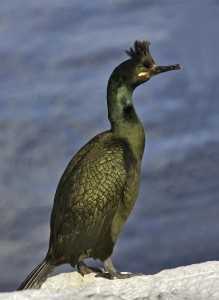 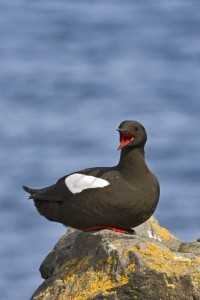 Breiðafjörður is an expansive and shallow bay located on the west coast of Iceland. The bay is the largest area of shallow waters and beaches in the country, and rich wildlife can be found both above and below its surface. The area has greater tides and tidal currents than elsewhere in Iceland, and it is believed that about a quarter of the country’s beaches are located in Breiðafjörður. The bay has more diverse benthic species than have been detected elsewhere in the country. Folk belief holds that the islands in Breiðafjörður are infinite, but it is thought that the number is approximately 2500. Breiðafjörður was once a great source of food, and numerous of its islands were inhabited. The islands are now deserted—only two are inhabited year round—but many houses are maintained and used as summer dwellings. 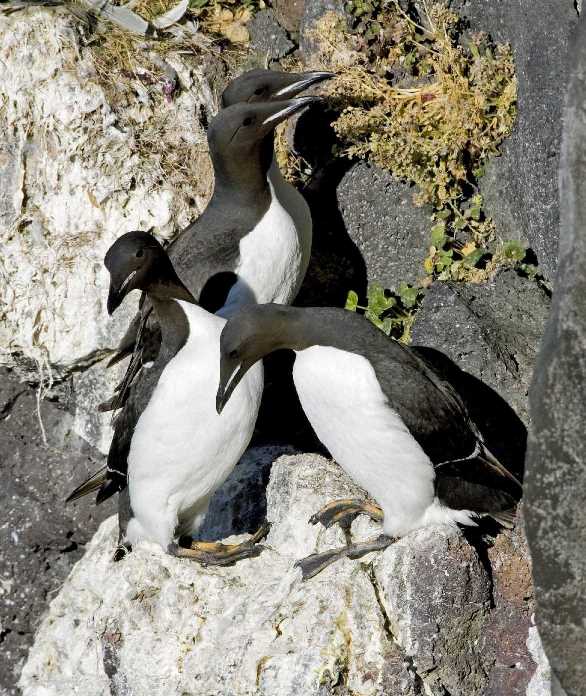 The birdlife in Breiðafjörður is unique and one of the most important in Iceland and the whole of the North Atlantic. Breiðafjörður is protected according to law, in addition to being identified as an Important Bird Area (IBA) by BirdLife International. The outpost of Breiðafjörður to the north and west is Látrabjarg, the largest bird cliff in the North Atlantic.The nature is characterised by birds which are wholly dependent on marine life, and many of them nest in large colonies. Furthermore, the beaches in Breiðafjörður are an important stop for migratory birds on their way to and from wintering grounds east of the Atlantic and breeding grounds in Greenland and the Arctic Islands of Canada. The reason for this rich bird life is an abundance of food, which is based on an interplay of landscape, significant tides, and the fertility of the sea. 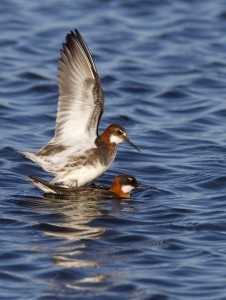 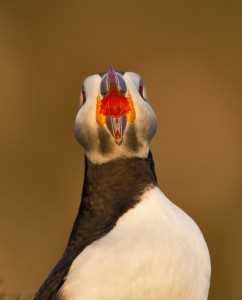 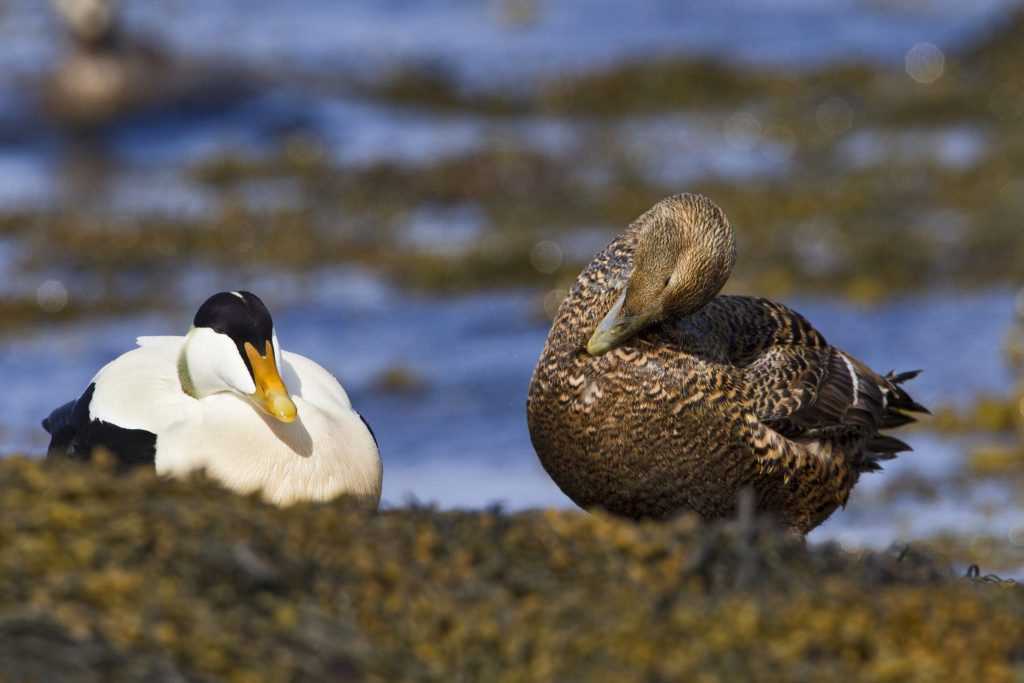 As an example of the importance of Breiðafjörður to birds, one can mention that two thirds of the Icelandic White-tailed Eagle population and the vast majority of Great Cormorants and European Shags nest by the bay. By far the world’s largest Razorbill colony is in the bird cliff Látrabjarg, and about one third of the Common Eider population is in Breiðafjörður. The largest Glaucous Gull breeding grounds in Iceland are in Breiðafjörður, and the bay is also home to large colonies of Northern Fulmars, Black-legged Kittiwakes, and Arctic Terns. In addition, large parts of the world populations of Brent Geese, Red Knots, and Ruddy Turnstones pass through the beaches of Breiðafjörður in the spring and autumn. The White-tailed Eagle is known as the king of Icelandic birds. This majestic bird of prey was almost extinct in Iceland in 1960, but BirdLife Iceland managed to save the population with its fight against narrow-mindedness and ignorant views. When the population was at its lowest, it managed to prevail in Breiðafjörður which was and is its main habitat in Iceland. Currently, the White-tailed Eagle mostly nests on islands and islets and on low peninsulas and cliff edges, but during the population slump, it nested quite a lot on steep, unscalable mountainsides. The eagle is wholly protected, and its nest may not be approached unless permitted by the Ministry for the Environment. The company Sæferðir, which sails from the town of Stykkishólmur, has a permit to sail near an eagle’s nest and show tourists this magnificent bird.

The Atlantic Puffin is one of the most common birds which nest in Breiðafjörður. It nests in tight colonies on grassy islands which are plentiful in the bay. It dives after fish and in late summer it is often seen in flight carrying sand eels for its young. The Puffin is very popular with tourists, and Breiðafjörður is a good spot for viewing it.
The ferry Baldur stops on the island of Flatey on its trips between Stykkishólmur and Brjánslækur. A day can be passed on the island between ferry stops or a longer period if preferred. The bird life on Flatey is special and diverse, and well worth paying attention to as many birds on the island are unusually tame. Prominent along the coast of Flatey are Black Guillemots; they are jet black with white wing patches and red legs, and the inside of their mouth is bright red. Their main source of food is butterfish which they hunt in the seaweed along the shore. Puffins are quite common under Lundaberg cliff and on the islands around Flatey. Other prominent sea birds are Shags, Fulmars, Kittiwakes, and Eiders. The Snow Bunting sings its wistful song from rooftops or rock outcrops. The Red-necked Phalarope swirls and twists on most ponds and pools but can also be seen at sea, its cousin, the Red Phalarope, may also  appear on the beach. Redshanks call from fence posts, Common Snipes drum overhead, and Arctic Terns dive at unwelcome visitors on the nesting grounds.

One cannot discuss the birds of Breiðafjörður without mentioning the bird cliff Látrabjarg, even though it is not within the area covered b laws on the protection of Breiðafjörður and even though it is a different IBA. Látrabjarg is the largest bird cliff in the North Atlantic, and it is home to hundreds of thousands of sea birds: Fulmars, Kittiwakes, Razorbills, Common Guillemots, Brünnich’s Guillemots, and Puffins. Bjargtangar is the best place in the world for photographing Puffins; in the evenings, they are so tame that you can almost touch them, and nowhere else in the world can you take a portrait of them using a wide-angle lens! Happy birdwatching!