Pregnant with sustainable possibilities and brimming with history

The use of turf (also known as sod or peat) as a building material goes all the way back to Roman times and has been used in Norway, Scotland, Ireland, Greenland and the Faroe Islands. There are even vestiges of these buildings in North America that date from around the year 1000 AD—evidence of Viking attempts to settle at l’Anse aux Meadows in Newfoundland. 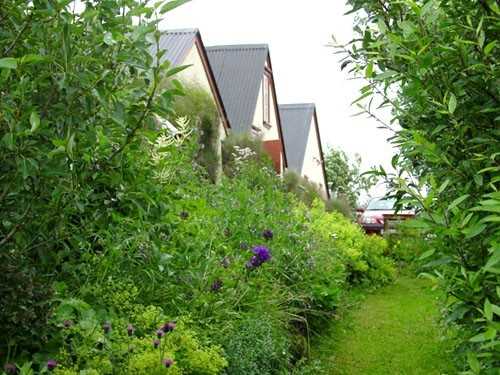 Icelandic turf houses continued to evolve from the time of the first settlement of Iceland in 873AD right up and into the 20th century. While these types of dwellings were used mainly by peasants in most parts of the world, the Icelandic turf house was used by all classes of society from the poorest to the more well-to-do, and for all types of buildings—farmhouses, stables, barns, storage sheds, churches and even for chieftains’ residences. Those with the means available often fitted the interiors with wood flooring and panelling and, by the 19th century, electric lighting, as well as oil, coal or wood burning stoves were being used. 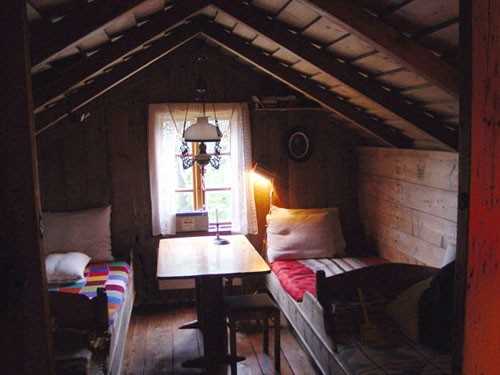 In the early days however, the occupants of the house spent most of their free time all together in the main room, called the baðstofa. Here they would eat, sleep, read and tell stories to help pass the time during the long winters. There was no central heating as we know it, but if one family member had to be a way for any length of time, he or she was often replaced by another warm blooded body—namely a sheep or maybe a calf, to help maintain the temperature in the room. 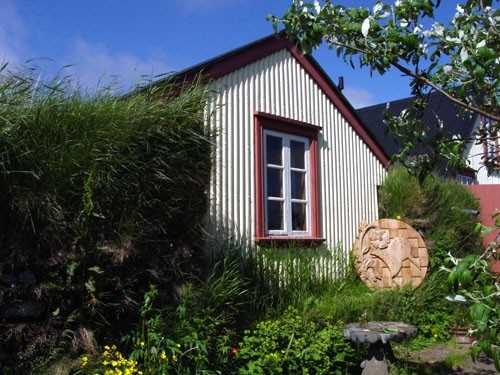 Because the turf houses were so common, everyone knew the building techniques that were handed down from one generation to another. Nowadays there are only a few heritage craftsmen who carry on the tradition, such as at Íslenski Bærinn, near Selfoss. This farm was inhabited until the 1960s and you can learn about the architecture as a sustainable building technique and go on a guided tour of the farm. Coffee and Icelandic pancakes, (lummur) are served during the tour in summer. 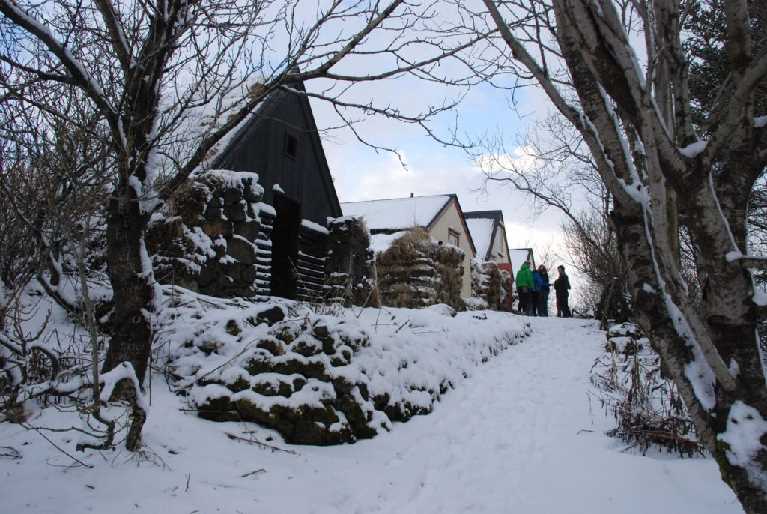 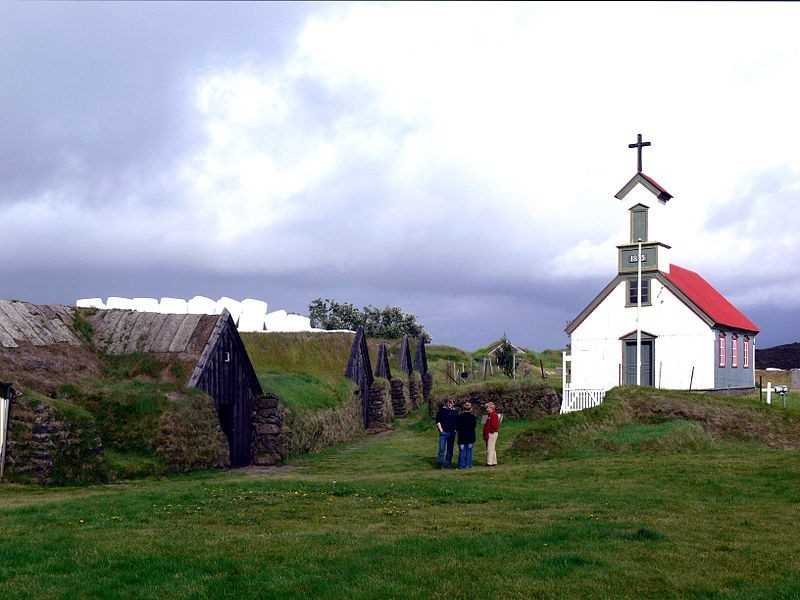 Keldur Farmstead, located just off the ring road between Hella and Hvolsvöllur on the south coast, is one of the oldest surviving turf farms in the country. Continuously inhabited from 974 to 1946, it was home to one of the most powerful clans in Iceland, the Oddi clan, one of whose chieftains was mentioned in Njáll’s Saga. The present day owners are descendants of this chieftain.