Autumn has arrived in Akureyri

Autumn has arrived in Akureyri 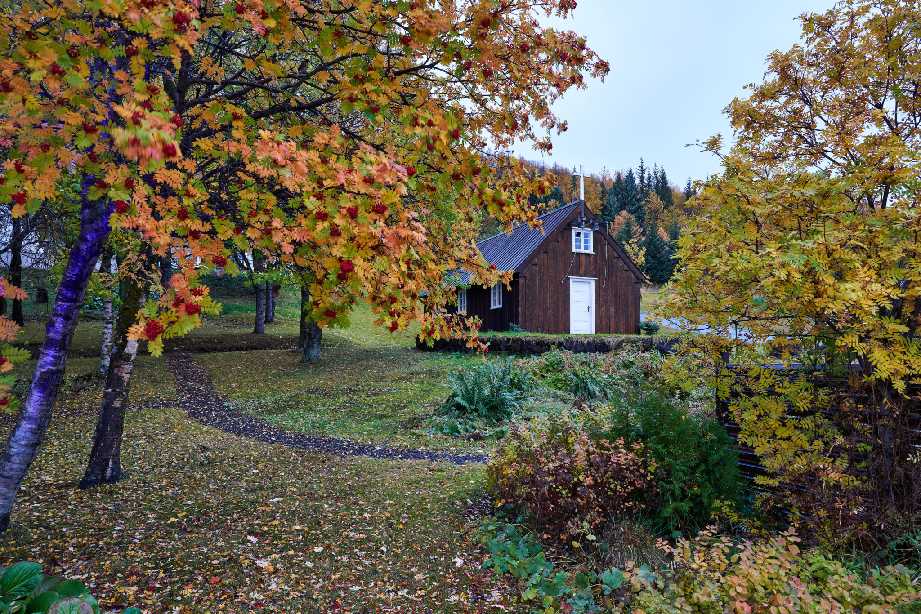 It was autumnal but beautiful in Minjagarðurinn in Akureyri this morning. The church was built in 1846, by the church builder Þorsteinn Daníelsson (1796-1882) from Skipalón on Melrakkaslétta.

Next to Nonnahús in Akureyri, a museum in memory of the writer Jón Sveinsson (1857- 1944), Minjasafnakirkjan, built in 1846. The church was built on the other side of Eyjafjörður in Svalbarðseyri. It was moved to Minjagarðurinn in the centre of Akureyri and protected over half a century ago. There are two artefacts in the church, a chandelier from 1688 and an altarpiece by Jón Hallgrímsson from 1806. Mass is held in Minjakirkjan twice a year, at Christmas and Easter. The church is considered typical of Icelandic rural timber churches built in the middle of the last century.