This year, for the first time, it is possible to travel all the way to the westernmost tip of Iceland in a day trip that encompasses history, geology, myth, legend and thrilling sights.

The Westfjords are an oft-neglected spot on the tourists‘ map though those who have visited it have written rave reviews about it. This tour takes you to Europe‘s furthest point, a dramatic region where cliffs higher than the Eiffel Tower plunge vertically down to the rough Atlantic seas. 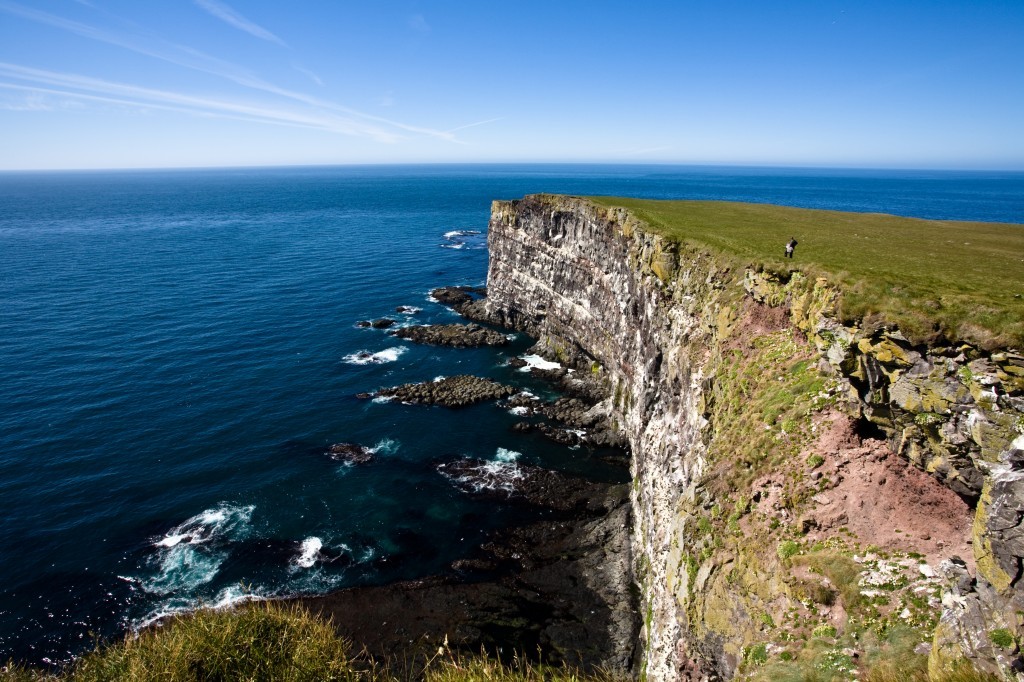 These massive, sheer cliffs are the home of thousands of birds, their nests clinging precariously to the craggy rocks. It‘s a sight bird-lovers have, in the past, been willing to endure arduous treks to reach, for the reward of the spectacular sight from the cliffs‘ edge. The birds are unafraid of humans, who can get within a couple of metres of them, without disturbing their busy lifestyles. 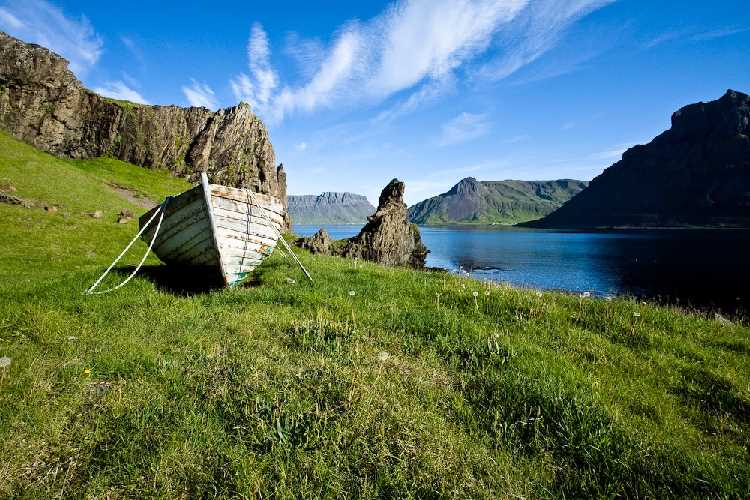 The shipwreck that had the world holding its breath

In winter, the area takes on a very different nature. It has been the site of several shipwrecks down through the years. One, in particular, was immortalised on film. It happened just before Christmas, 1947. The trawler Dhoon had sailed from the town of Fleetwood, bound for the rich fishing grounds off Iceland‘s north-west coast. Caught in a violent storm, typical of the area at that time of year, it was smashed onto the rocks in this, one Europe‘s most inaccessible spots, under the soaring cliffs, which were whipped by the wind and covered in snow and ice, setting in motion one of the most courageous rescues that gripped the world for days.

A film crew went to make a re-enactment of the scene the following year, only to find themselves caught in a second rescue, this time of the trawler Sargon, which they were able to catch on film, despite the dreadful weather conditions. 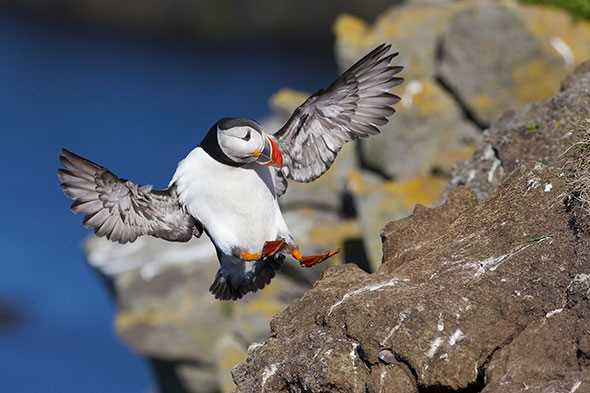 A land of contrasts

When most people visit Iceland in the summer, they get no idea of the change in weather that takes place with the passing of the seasons. The summer months mean the whole country is open to visit, making tours like this possible. The warmth of the sun brings everything to life, making the Westfjords a stunning place to visit. 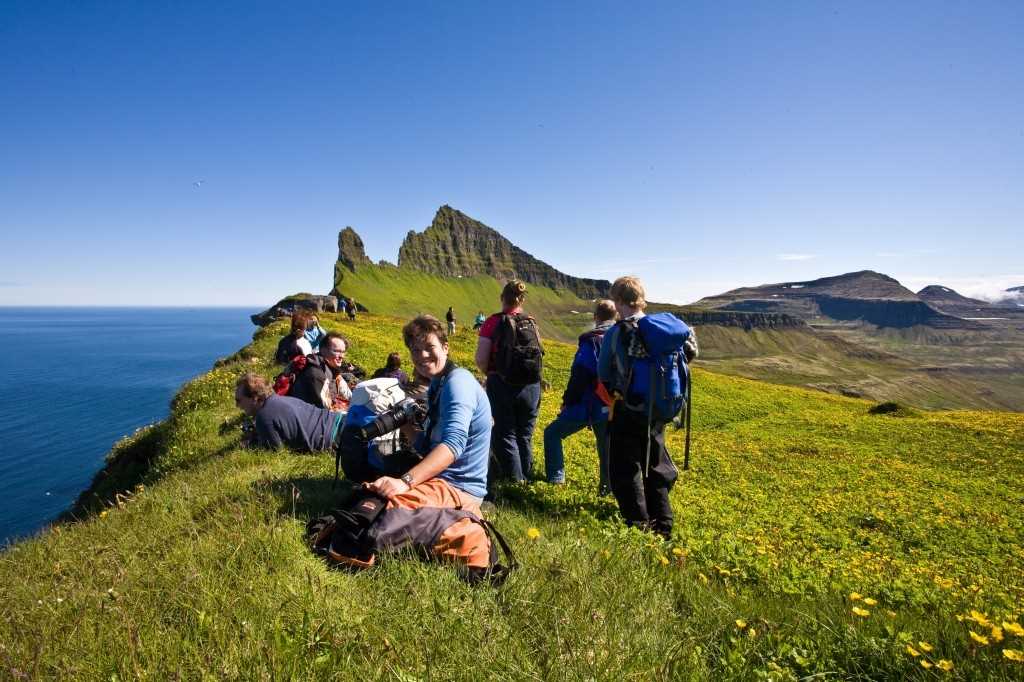 A tour to a different world

Driving up to the Snæfells peninsula, itself rich in history and legend, the tour takes the ferry across the mystical Breiðafjörður Bay, stopping briefly at the island of Flatey, where time seems to have stood still in the 19th century. If you only reached this point, the tour would have been wholly worth it, as there are so many interesting sights on this section of the trip. However, disembarking on the south coast of the Westfjords marks the start of an entirely new land.

The newly paved road makes the drive smooth and easy to Patreksfjörður, so you can take in the beauty of the region. The coach then moves on to the unspoilt area that takes you to Látrabjarg‘s cliffs, along the side of the fjord, where whales can often be seen swimming, round a bay that could have come from the Caribbean. Here, your imagination takes you back to the wildness of the winters, while in the comfort of the coach, as the guide fills you in on everything associated with the area.

It has been said that, “Beaten roads are for beaten men, but mountain peaks are for the mighty”. Here, you are uncovering secrets of Iceland that only few know about. It’s a day filled with photo opportunities. For instance, on your return, you’ll be crossing the bay with the sun heading toward the western horizon. At this latitude, it just kisses it before rising back up in the morning mists. Here, too, there is so much bird and marine life to enjoy. On the drive back, the volcanos cast a shadow over the land, coloured red with minerals; the river, starting from the mountain lake, rushes over waterfalls alongside the road. As you head back towards Borgarnes, with the Snæfells glacier behind you, made famous by Jules Verne in ‘Journey to the Centre of the Earth’, you pass areas famous for the Huldafólk – the Hidden People, with whom many have had experience down through the centuries, and the house of the famous warrior-poet, Egil Skafta-Grimsson, at Borg.

If you had driven this by car, you would never have known all the background that the guide explains that turns this trip into an experience you won’t forget. You may be tired when the coach drops you back at your hotel, but you’ll be inspired and fulfilled. Better than baking on a beach somewhere!