Krafla is a caldera of about 10 km in diameter with a 90 km long fissure zone, in the north of Iceland in the Mývatn region. Its highest peak reaches up to 818 m and it is 2 km in depth. There have been 29 reported eruptions in recorded history. 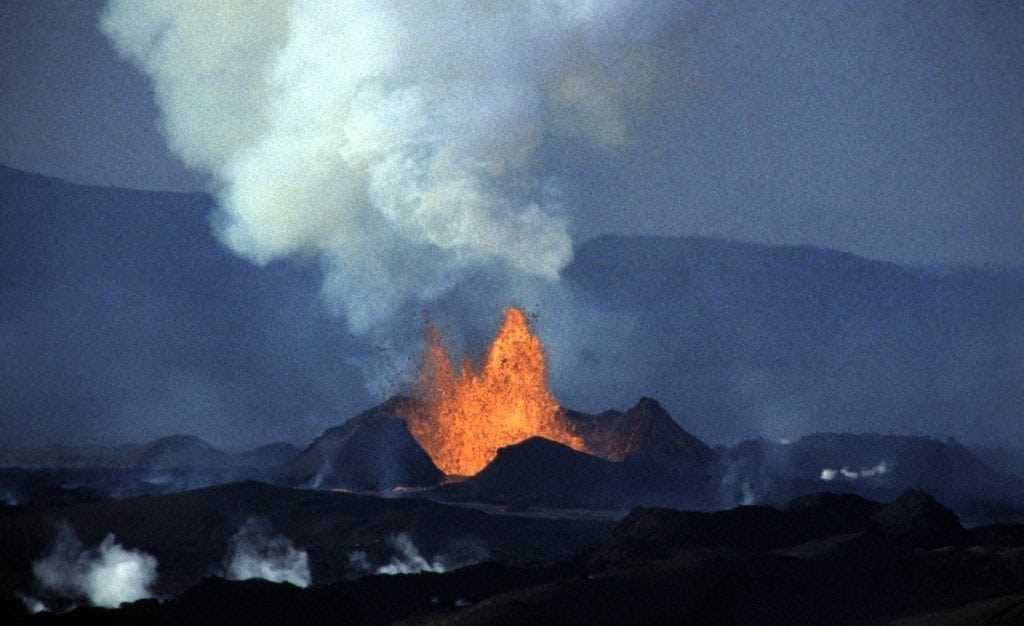 Krafla includes one of the two best-known Víti craters of Iceland (the other is in Askja). The Icelandic word “víti” means “hell”. In former times, people often believed hell to be under volcanoes. The crater Víti has a green lake inside of it.

South of the Krafla area, but not actually within the caldera is Námafjall, a mountain, beneath which is Hverir, a geothermal area with boiling mudpools and steaming fumaroles. 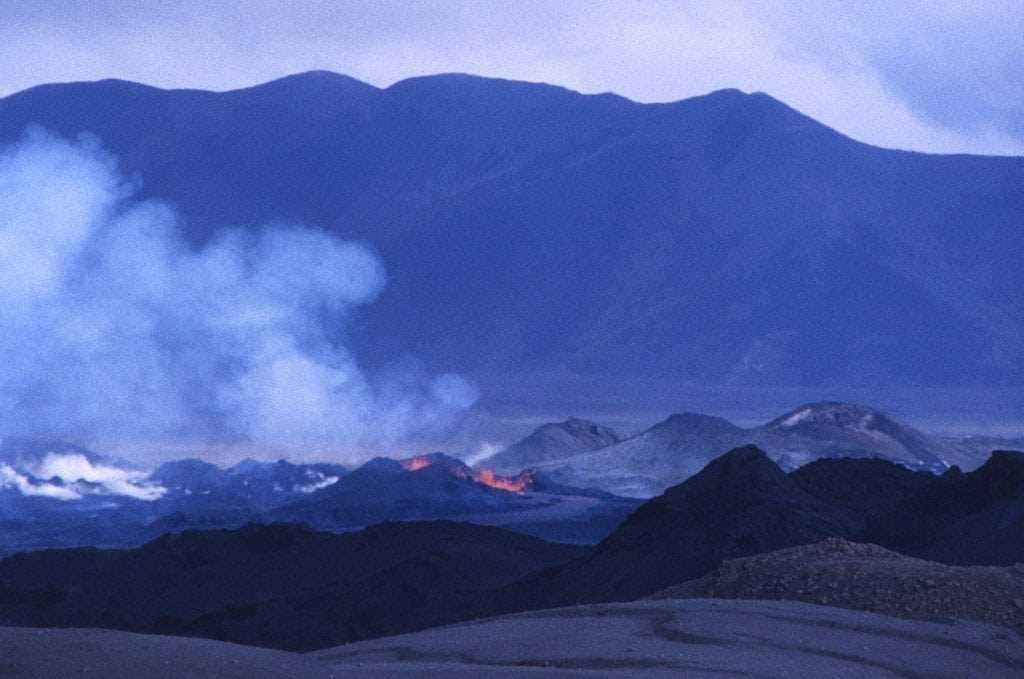 The Mývatn fires occurred between 1724–1729, when many of the fissure vents opened up. The lava fountains could be seen in the south of the island and a lava flow destroyed three farms near the village of Reykjahlíð, although nobody was harmed. 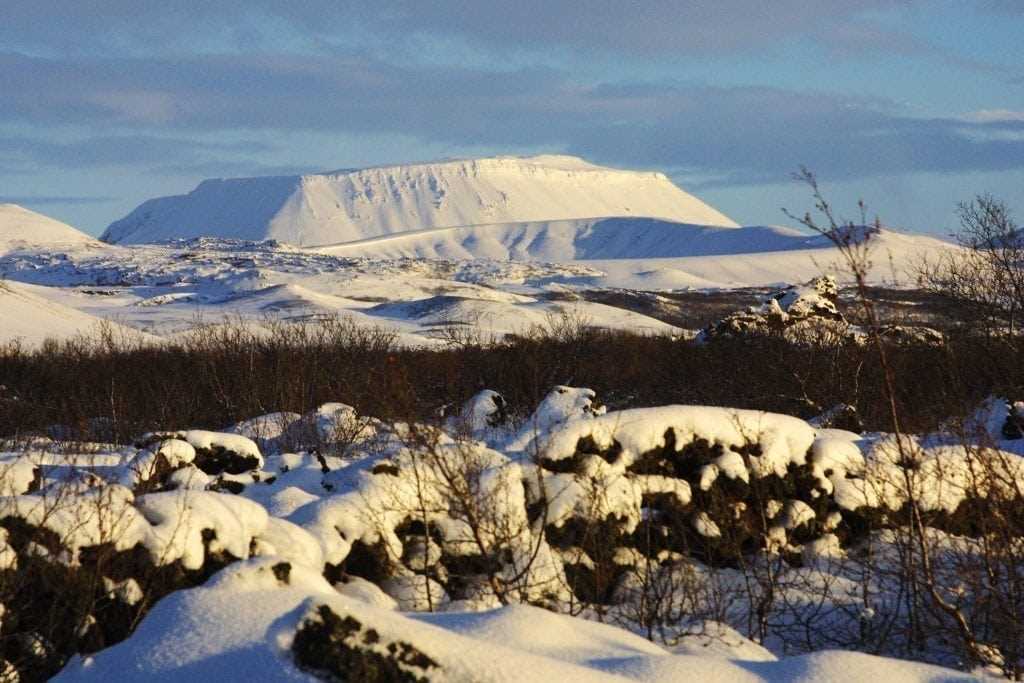 Between 1975 and 1984 there was a volcanic episode within the Krafla volcano. It involved nine volcanic eruptions and fifteen uplift and subsidence events. This interrupted some of the Krafla drillfields. During these events a large magma chamber emerged. This has been identified by analysing the seismic activity. 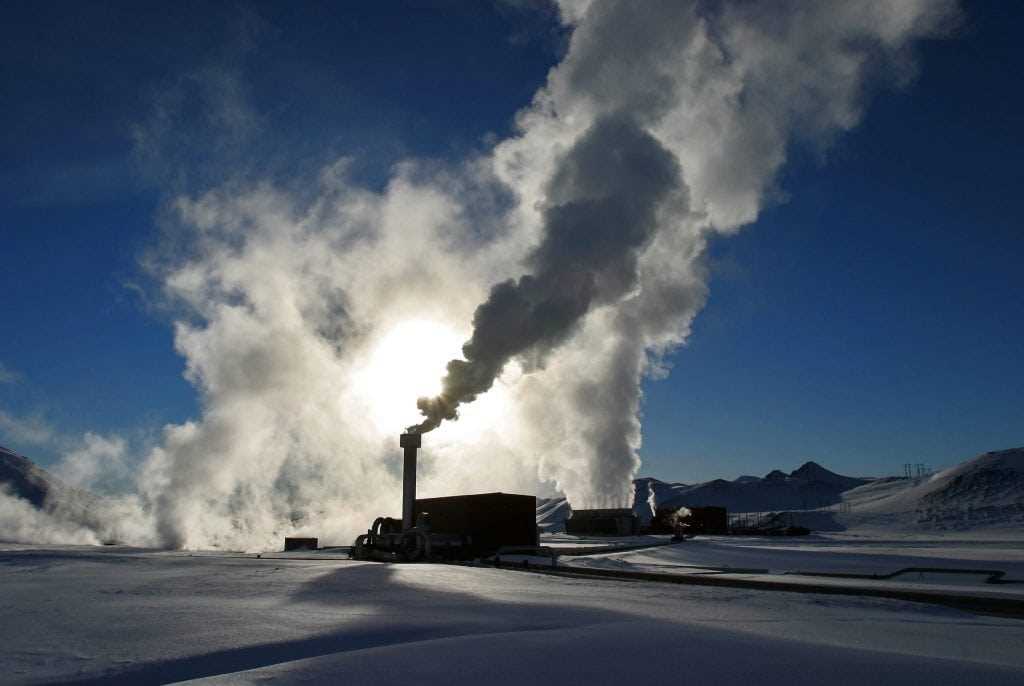 Since 1977 the Krafla area has been the source of the geothermal energy used by a 60 MWe power station. A survey undertaken in 2006 indicated very high temperatures at depths of between 3 and 5 kilometres and these favourable conditions have led to the development of the first well from the Iceland Deep Drilling Project (IDDP), that found magma only 2.1 km deep. 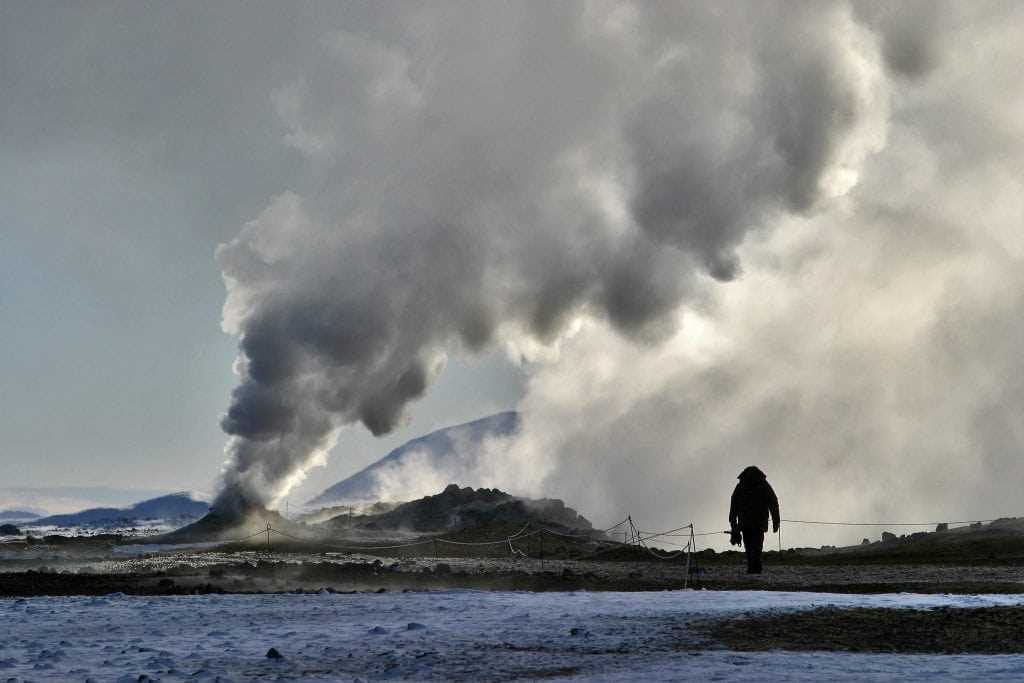 Krafla Power Station
Vivid blue hot streams, bizarre sci-fi architecture and the photogenic plumes of the geothermal power station make the approach to Krafla almost as exotic as the volcanoes themselves. The 2000 metre deep boreholes here supply geothermal energy for most of the surrounding region, pumping it out through enormous pipes which form a sort of gateway over the road. Many people stop and take a photograph or two here, but most don’t realise there´s a visitor centre too, where you can step inside for a closer look. If interested in this, make sure you time it right, as it’s only open on summer afternoons.