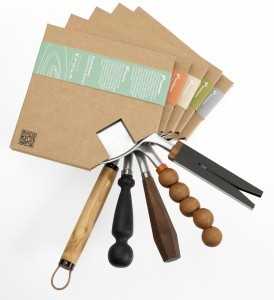 he field of design is recognised as one of the most dynamic areas in society today. The importance of its role cannot be underestimated and there are now hundreds of designers, young and old who, taking the country’s natural resources, are creating a national identity on the world stage.
Secrets to be revealed in March
Designers across the country are working feverishly to prepare their new designs to be unveiled at the March 14th to 17th Design March events in Reykjavik. From clothing, accessories and jewellery to lamps, this promises to be even more exciting an event than in previous years. One to watch out for is the raven’s nest lamp. Like the magpie, the raven is given to collecting bright objects and planting them in its nest, so this promises to be interesting!
A Taste from 2012
A 26 year-old designer took the fashion world by storm last year with a range of shirts named after Odin’s ravens, Huginn and Muninn, which changed the perspective on young men’s fashion. Unusually, the designer is a young woman, Guðrún Guðjónsdóttir and this was her first showing. This year, she has other revolutionary designs to present. 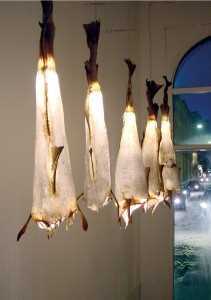 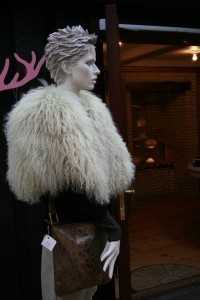 A Competition from history
Iceland has many useful objects, designed years ago, that have become commonplace. Each year, Kraum reveals an object which designers have been asked to take from Icelandic heritage and history and bring it into the present-day with new designs. This year’s competition results will be revealed in the next issue of the Icelandic Times but we can show last year’s winners.
The object was the commonplace pancake pan and designers were encouraged to come up with new designed handles. 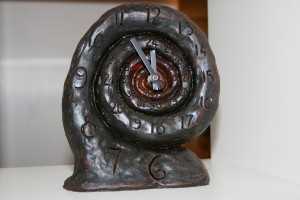 The only all-Icelandic design shop
Kraum is unique for several reasons. Primarily, it was the first  one-stop shop for Icelandic design. The first Icelandic pioneer of craft and design, Skúli Magnússon, established Iceland’s first production centre in the late 1700’s in the same house in which Kraum now promotes and sells the work of over 200 Icelandic designers, carrying his vision into the 21st century.