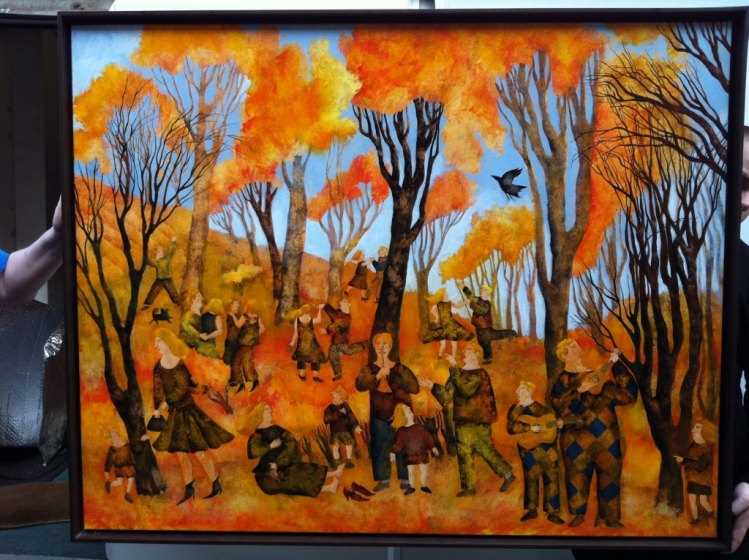 Iceland is an idyllic place to create for some artists, with its striking landscape and quirky culture that lends to endless inspiration. Natural wonders include active volcanoes, gurgling geysers, and vast glaciers, while there seems to always be a colorful cast of characters among Iceland’s 330,000 inhabitants. Harry Bilson, an artist that was born in Reykjavik in 1948 to an Icelandic mother and British father, and grew up in London, currently calls Iceland home. Harry is a master of color whether he’s capturing the dark subtleties of Icelandic life or the gentle power of the ‘Bower Bird Lady’. Nature is a theme never far from his paintings and prints as ‘Last Leaf Leaving’ painting features a family in a barren Icelandic forest with a gorgeous blue owl soaring above. The contrast of colors and brushwork is beautiful. 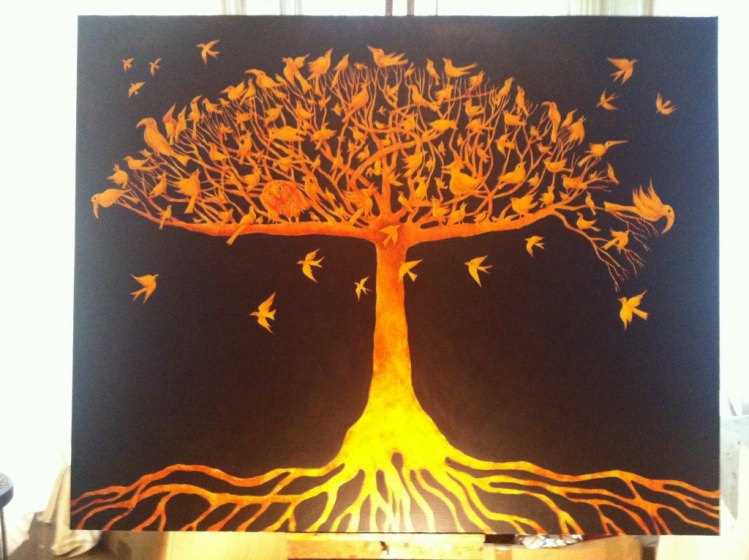 Lifelong painter
Harry began painting at an early age as he was a terribly creative child.  His talent was recognized immediately and at the age of six, he won an international Exhibition of Children’s Art competition in Prague. At the age of 19 he became a full-time professional, who was self-taught, self-propelled and completely self-supported. He has painted ever since, honing his craft and finding inspiration around the world.

International Artist
He has lived and worked in several countries including Australia, China USA, Canada, Ireland and he now happily resides in Iceland. Harry has shown his work in numerous solo and group exhibitions around the world, including the US, South America, Japan, Australia and Europe. He continues to travel and exhibit worldwide.
Those interested in purchasing Harry’s should email him at [email protected] or shop locally at Galleri Fold in Reykjavik.