Mývatn Tours Reveals Askja
Swim in Hell’s Crater and Take a Trip to a Lunar Landscape
One of the most popular places to visit in North Iceland is Lake Mývatn. Surrounded by mountains, this beautiful lake is picture perfect and often featured on postcards. Mývatn Tours, a family run company, offers bus tours from Lake Mývatn to Askja caldera daily during summertime. These day-tours run while the highland area is accessible. This year, that will be from the 18th of June until the 7th of September. 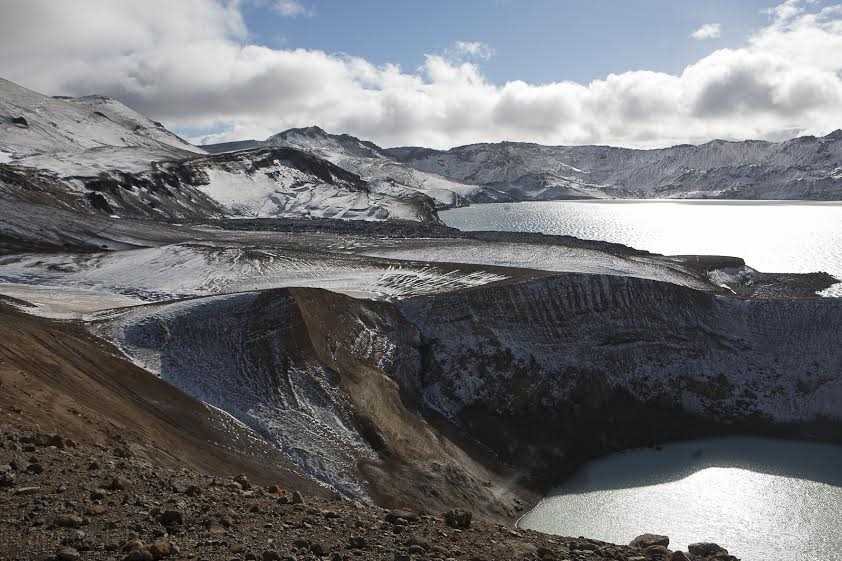 The owner, Gisli Rafn, started driving to the former volcano in 1984 with his father, so he has over thirty years of experience with this route. His father, Jón Árni, founded the company in 1980 to show curious travellers the highlands.
The Askja caldera is located in Dyngjufjöll, a mountain range north of Vatnajökull glacier. It is a stunning sight and looks like it could be on another planet; the dark lava covers the bare ground, which is mostly black with some red rocks. There may still be snow even during summertime, depending on how the climate has been in the Highlands. 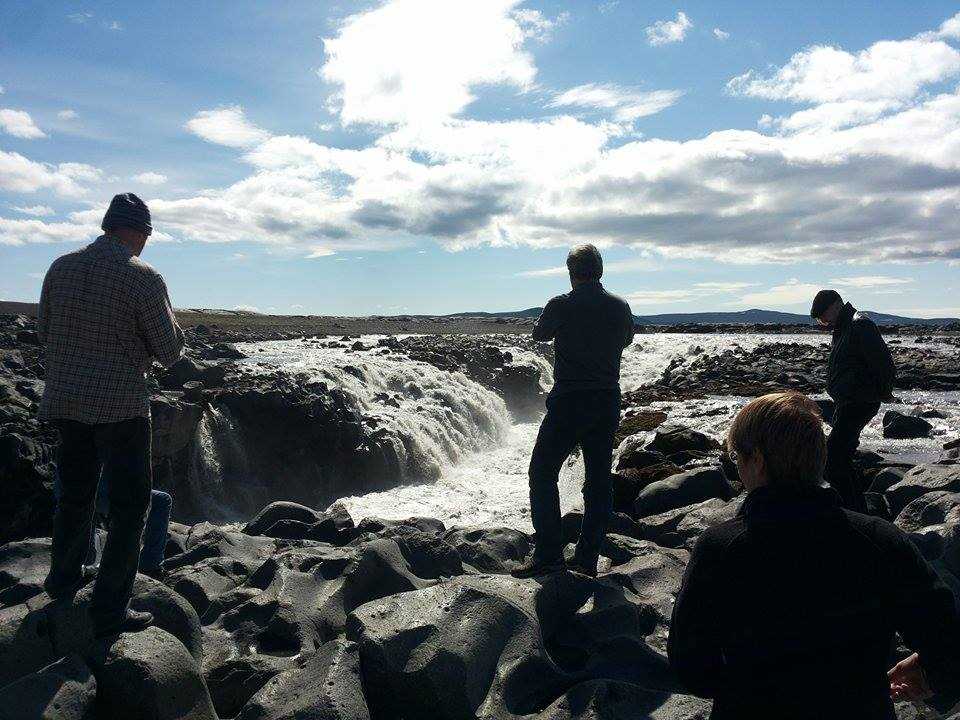 In 1875, there was a huge eruption from Askja when it is said that volcanic shards reached mainland Europe, such was the force of the explosion. It created both the Viti crater (eng. Hell), and Lake Askja which, at 217m, is the deepest lake in Iceland. 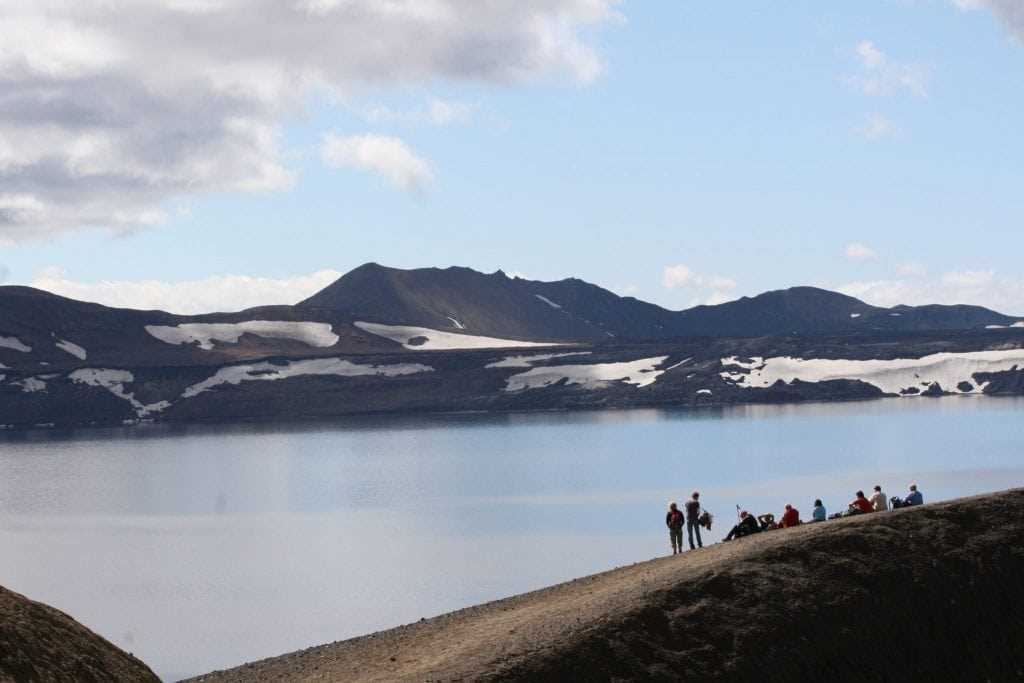 On top of Askja, you will bizarrely find a small lake in the middle of the Viti crater. Here, you will suddenly find an array of colours of orange mud and blue creamy water. This is an extreme contrast to the surrounding lava field. The air has a slight stench, to remind the visitors that they are on top of an active volcano which last erupted in 1961. To view these lakes is a 35-minute hike. It is possible to bathe in a warm geothermal lake inside the crater of Viti although travellers are asked to show caution as they do so. 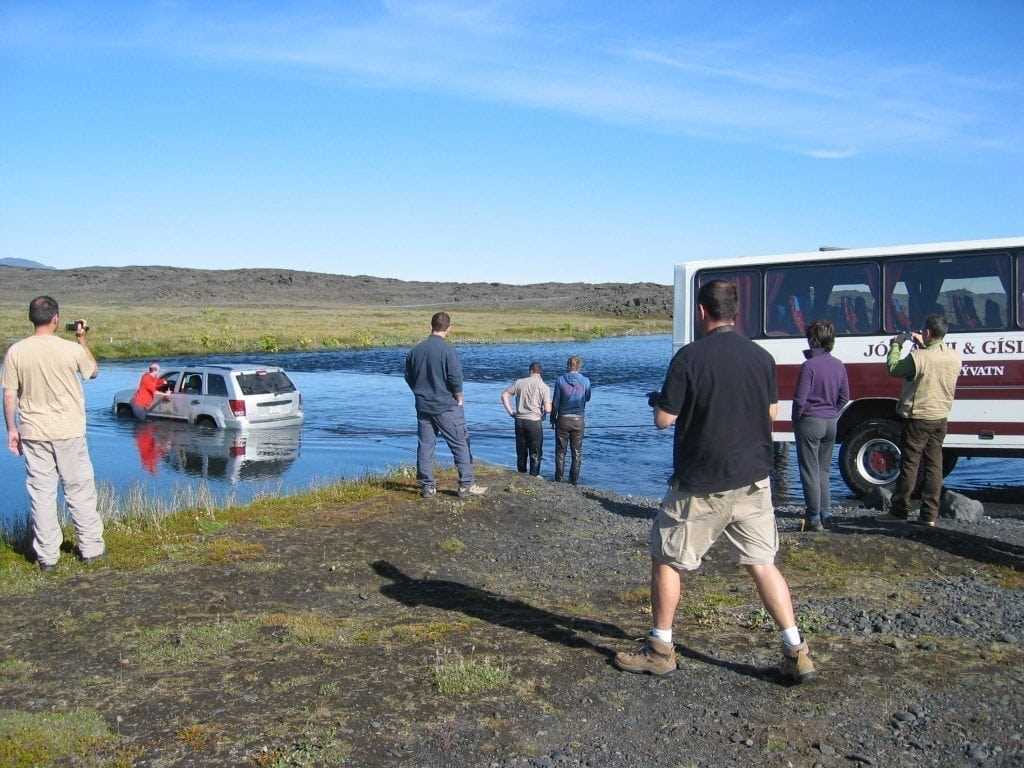 Geologists visit Askja in order to research what the surface of Mars may be like, and the astronauts Neil Armstrong and Buzz Aldrin trained at Drekagil (eng. Dragon Canyon) before visiting the Moon in 1969. On the Lunar Tour, you will stop at their training grounds, where you can easily imagine how it would be to visit outer space. 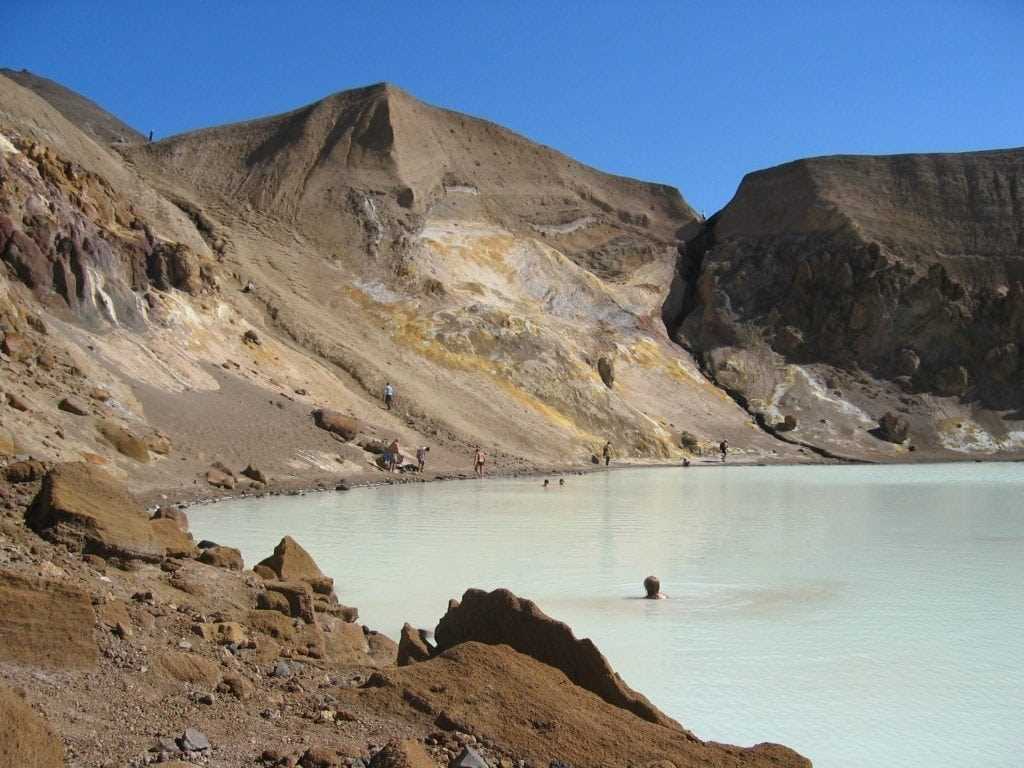 Mount Herðubreið is another breath-taking sight; a sub-glacial volcano which is called the “Queen of Mountains” in Iceland.
The weather in the Highlands is unpredictable so travellers must dress accordingly. There are no restaurants en route so bringing a picnic lunch along is advisable as you spend the day exploring these phenomena of nature. We would strongly suggest bringing a camera along so that people will believe you when you explain what you have seen in just one day. 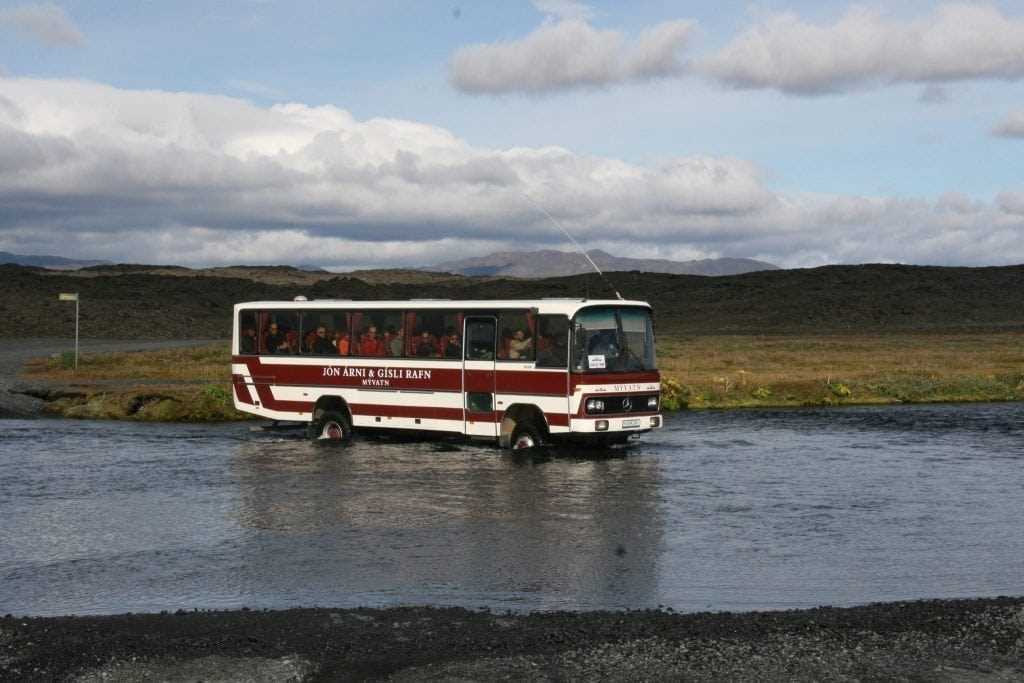