On March 26, Adecco will hit the streets to share its expertise 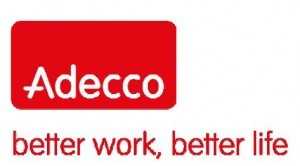 Zurich, March 25, 2015. Adecco Group, the world’s leading provider of Human Resources solutions, is once again helping young job seekers and school leavers around the world on their ‘Way to Work’. For the third year in a row, thousands of Adecco employees will go out in the streets on March 26, offering 1000 free coaching sessions, educational material and online resources. Adecco’s clear goal is to tackle youth unemployment.

Unemployment, especially youth unemployment, remains alarming, notably in Europe, being only at the start of a slow and bumpy recovery. Worldwide, more than 200 million people are without work – almost 40 per cent of them are 25 or younger. At the same time, 8 million jobs are vacant in the US and Europe alone. In the rest of the world too, skills shortages and talent mismatches are worsening, damaging human capital and productivity. If we don’t act now, we might lose a whole generation worldwide.

Action must be taken to equip young people with the right hard and soft skills they need to get a start in business today. The second Global Talent Competitiveness Index – published in January by INSEAD, Adecco and HCLI of Singapore – highlighted that those countries that have invested in educational systems, and have combined schooling with vocational training, are the champions when it comes down to talent creation and retention. Such structural reforms are urgently required to forge the workforce of tomorrow.

Everyone, not just governments, can help. On March 26, Adecco will play its part. For the third year in a row, over 7000 Adecco people in 50 countries will go into the streets, visiting schools and universities to share their expertise with young people and job seekers of every age. The initiative will include ‘open branches’, free workshops and training to provide professional coaching, advice on preparing better CVs, support in writing motivational letters and guidance on job interview performance.

Group CEO, Patrick De Maeseneire, will also offer his advice joining the ‘Street Day’ action in Amsterdam: “Youth unemployment is a shared responsibility”, he said. “No solution will be found until governments implement structural reforms and enhance labour market flexibility to boost their economies. Nevertheless, companies like ours can contribute and make a difference: in 2013 and 2014, a combined 17,000 Adecco people joined our ‘Street Days’, reaching out to over 1 million people seeking guidance. For many, those encounters translated into an opportunity for a career prospect. For us, this is what makes a difference and makes us proud to be Adecco people, every day”.

‘Street Day’ is a global Adecco initiative. On March 26, all 900 French branches will be ‘open door’ for the day, and Adecco people will be out in 36 cities . In the US, Adecco Staffing branches are organising workshops in 20 universities nationwide . In the UK, 200 activities are planned, including visits to 30 colleges and 26 schools. Adecco Spain will be on the streets in 110 locations and five universities. Additional activities are scheduled across Asia and Latin America. In Japan alone, 100 Adecco colleagues will be turning out in four cities.