The Sæbraut is one of two trunk routes to and from the city centre. Just before seven, the traffic into the town increases and reaches a maximum between eight and nine, when most people are on their way to work or school. According to Eurostat, the employment rate in Iceland is highest in European countries, but 88% of all people aged 20 to 64 are in work. Unemployment in Iceland is now 3.5%, according to Statistics Iceland. It is the highest work participation in Europe and has not been this high since before March 2020, just before the Covid wave hit us and the whole world. 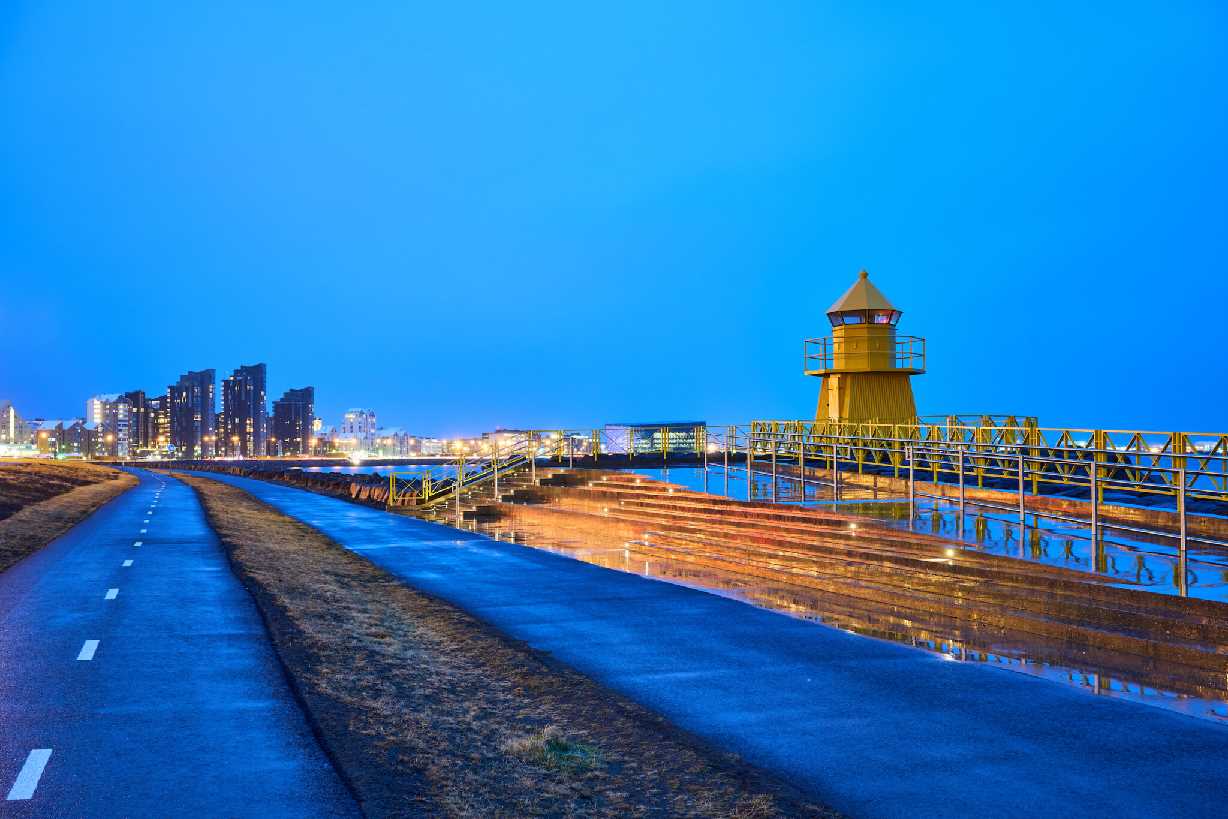 The lighthouse on Sæbrautinn was taken into use in June 2019. It replaced the lighthouse at Sjómannaskólinn, which can no longer be seen from the sea due to the high-rise buildings in Borgartún. The lighthouse was designed by Yrki arkitektar, and the old lighthouses in Reykjavíkurhöfn were used as a model. 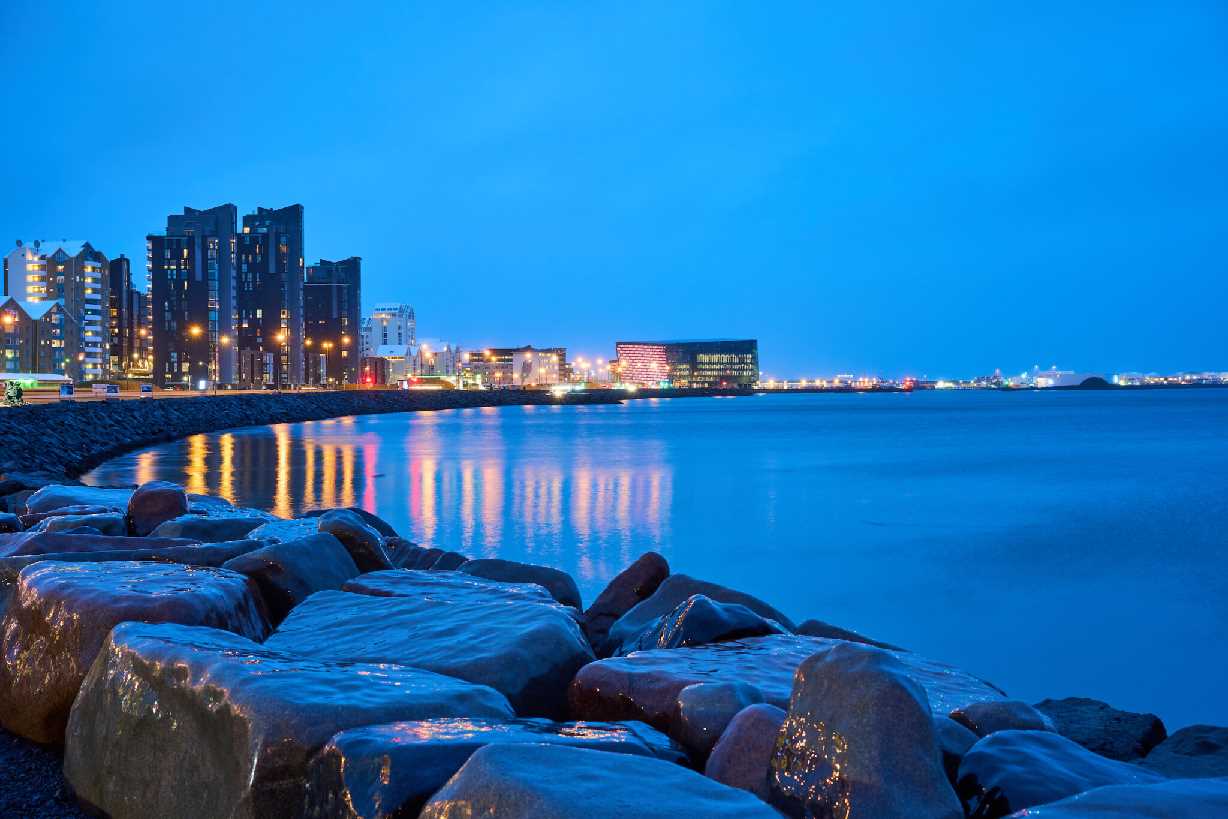 A coastal artwork by Sigurður Guðmundsson (1942) is in the foreground. The work was set up in 2002 at the intersection of Sæbraut and Snorrabraut. Sigurður took part in a competition for outdoor artworks organized by the Reykjavík Cultural Affairs Committee in 2002. A total of 147 proposals were received, and these polished Swedish granite stones won.