Like other fertile parts of Iceland, the Skagafjörður region attracted many of the island’s early settlers. If we can rely on the Book of Settlements, this region had become entirely settled by the first half of the 10th century, like the rest of the country’s vegetated lowlands. In fact, archaeological remains substantiate this ancient document, indicating densely populated farming communities in both the main and side valleys of Skagafjörður from the 11th to the 14th centuries. Although some of the farm remains are nameless, others can be recognised in historical sources.

The accompanying map shows farm and other place names, based on written sources pre-dating 1400. These sources were the relevant sagas, especially the Book of Settlements and Saga of Christianity, as well as the Saga of the Sturlungs and 14th-century estate documents (contracts or purchase agreements along with church and farm property records). If the farm has a different name nowadays, the newer one is added in parentheses. As for other place names, only the oldest version found in historical documents has been entered, even if others have now replaced them.

Although the communities covered a larger area and more farms existed than the map indicates, people in the violent Age of the Sturlungs would have been familiar with all of the places and names given here.

Welcome to the Sturlung Trail! 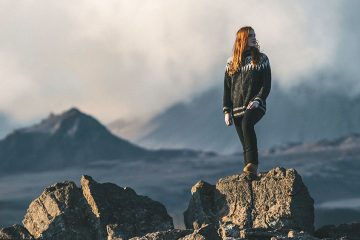