Óskar and Blómey
Their names are always coupled together: Óskar Magnússon (1915–1993) and Blómey Stefánsdóttir (1914–1997) – not surprisingly,as their lives and destinies were so integrally intertwined. For about 30 years they lived in Blesugróf, a shanty town on the edge of Reykjavík, in a house built by Óskar using whatever materials came to hand, and he called it Garðstunga after his boyhood home. But it woke greater attention when they moved the Hellisheiði heath, where they lived in primitive conditions, almost like outlaws, for nearly a decade. There Óskar built a home from used wooden boards and tar-paper along with the traditional Icelandic building materials: turf and rock. Their new home was also named Garðstunga.
When textile artist Hildur Hákonardóttir payed a visit to their home in Blesugróf she noticed they had a loom on which they wove rugs, and she invited Blómey to take part in a evening course she was holding on picture-weaving. Óskar accompanied Blómey to the course, and before long he too was weaving pictures. Óskar especially was captivated by this art form. He remarked: “Weaving is the art of the working man. There is no corner so dark, no shack so small, that you cannot weave there.” 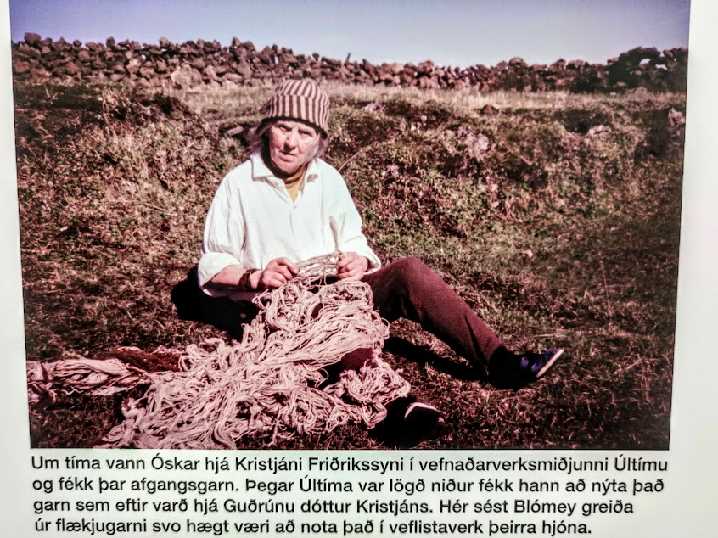 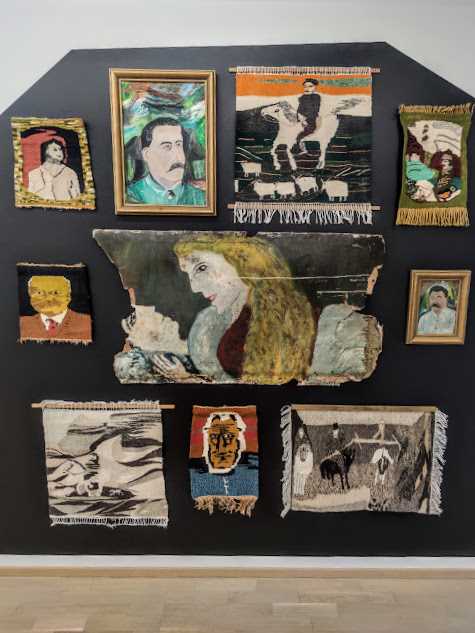