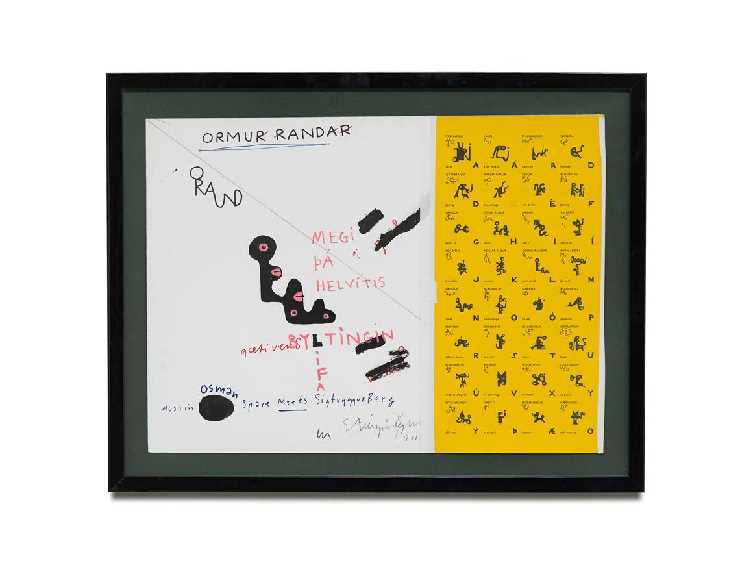 Hverfisgallerí invites you to the opening of Steingrimur Eyfjörd’s exhibition Let the Bloody Revolution Live Saturday 30 March at 16.00

Steingrimur Eyfjörd’s second solo exhibition Let the Bloody Revolution Live at Hverfisgallerí opens on Saturday 30 March at 16.00. Eyfjörd has had a successful career for four decades and his work reflects our perceptions, experiences and understanding. This is nothing new in art – one might even say that this is the primary concern of all artists – but Eyfjörd’s exhibitions stand apart because he insists on always turning up many and often contradictory answers to every question. He thinks – and sometimes obsesses – on his subjects and tries to look at them from different perspectives. He often seeks and quotes the opinion of others, even engaging spirit mediums to canvass opinions from “beyond the veil”.

In the run-up to the exhibition Eyfjörd had a session with the clairvoyant Ágústa Sigurfinnsdóttir who mediated the following:

“The numbers 3, 6, 9 appear strong, they can be interpreted as either the number of works or those who leave. Their sum is 18 and thus the final outcome is 9. Work no. 9 sticks out especially. The mask is therefore strong, it can be found in works 6 and 9.

Three will become expectant, two offended and one excited. He buys. In a ring, the final point can also mark its start. Is this the end of something and a start of something else?

No. But you’ll receive a message, a letter or a phone call about the works from someone who’s connected to them. Somebody drops a glass. In the closer left corner when entering the hall.

This will have considerable effect. Double-edged. Positive. Some will be surprised and stare. It is a known fact that dogs bark at what they do not know. Many people have a watchdog in their head which warns them against possible danger, such as new ideas. Novelty has often been met with barking and biting. However, these watchdogs have very little effect on the overall view. Artists don’t have to prepare their ideas to suit the appetite of every starving dog. Ignore the barking.

An old work, which always gave problems, props up in the discussion, it would appear that it finally gets where it’s supposed to be. A woman appears, slim and dark, well-educated and intelligent, she will evaluate things. She is very good at what she does and has been employed by a foreign party to choose and decline.

The world expresses itself in patterns. Everything is constantly changing. Is there any beauty in the present situation, in the chaos? Looking back, it can be seen what has changed and which patterns led us here. What can the individual do to influence matters? Look inward, then you will see what’s always been hidden. It was there all along. Conscience, ideas, transformation and holistic treatment. Kali reappears to say goodbye, she is surrounded by dancers. Small bells around their ankles provide the accompaniment. For new things to happen, old things must be pushed aside.”

Steingrimur Eyfjörd (b. 1954) is one of the foremost of a generation of artists who came to prominence in Iceland during the 1970s. His work employs a wide variety of media, including photography, comic strip, video, painting, sculpture, performance, writing and installation. His art may appear equally diverse conceptually: founded on influences as disparate as folk tales, Icelandic sagas, women’s fashion magazines, religion, superstition, critical theory and many other current topics, Eyfjörd’s chains of association intersect at a nodal point of multiple meaning, forming a body of work that is multi-layered and at times perplexing yet always reveals an articulate and unexpected approach to the issues at hand. Eyfjörd was nominated for the Carnegie Art Award in 2004 and 2006 and represented Iceland at the Venice Biennale in 2007. 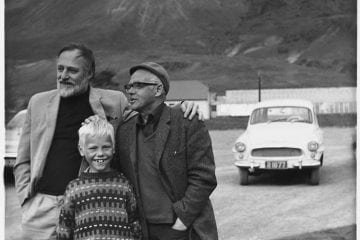 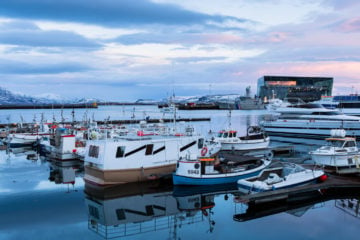