Magic Meeting – A Decade On

Saturday March 20th Hafnarborg welcomes guests to the opening of the exhibition Magic Meeting – A Decade On by the Spanish-Icelandic artist duo and recipients of the Icelandic Art Prize 2021, Libia Castro & Ólafur Ólafsson with the elastic artist-and-activist collective The Magic Team. The artists had their last solo exhibition at Hafnarborg ten years ago, then basing their work on the constitution of 1944 as well as ten years since the new proposal for the new constitution of Iceland was written.

The opening will be from 12 – 5 p.m. with musical performances related to the exhibition scheduled throughout the day. Guests born in 2005 and earlier are required to wear masks and to keep a distance between unrelated parties.

The show is the latest step in their socially engaged and interventionist art practice, continuing their investigation into the merging of art and activism and experimenting with the magic of art and its potential agency as a tool for social transformation. The exhibition´s subject is the new Icelandic constitution that was written in response to the Icelandic public‘s demand for a moral inventory following the financial crisis in 2008, but the project gained international attention for its innovative and democratic approach. On October 20th 2012, the people of the country voted in agreement of the new constitution in a national referendum. As of today, however, the new constitution has not been ratified by the Icelandic Parliament.

Magic Meeting – A Decade On is a follow-up on their latest performance In Search of Magic – A Proposal for a New Constitution for The Republic of Iceland. A durational and collective performance that took place on October 3rd 2020, at the Reykjavík Art Museum, the streets of the city centre, in front of the Prime Minister’s Office and at the public square Austurvöllur, in front of the Parliament House. There, Libia and Ólafur, in collaboration with Cycle Music and Arts Festival, invited a large group of composers, musicians, artists, civil organizations, activists and members of the public to collectively create a multivocal composition and performance that brought to life all 114 articles of the new proposed Icelandic constitution, written in 2011.

Magic Meeting – A Decade On is an open-ended exhibition. As part of an ongoing movement, the project itself is ever-evolving and the work will be changing over the course of the show. The centre´s ground floor gallery will open a week later as a “work-in-progress” space, with public events like workshops, meetings, and a place of ongoing research and production of new work. In addition, a symposium is scheduled for the mid-May on the topic of the new constitution, similar civil struggles around the world, art and activism. In this multifaceted manner, Libia and Ólafur and The Magic Team will occupy the museum space and transform it into a hub for critical reflection where art meets activism, as their innovative artworks and interventions in the sphere of civil politics and public debate keep on unfolding. 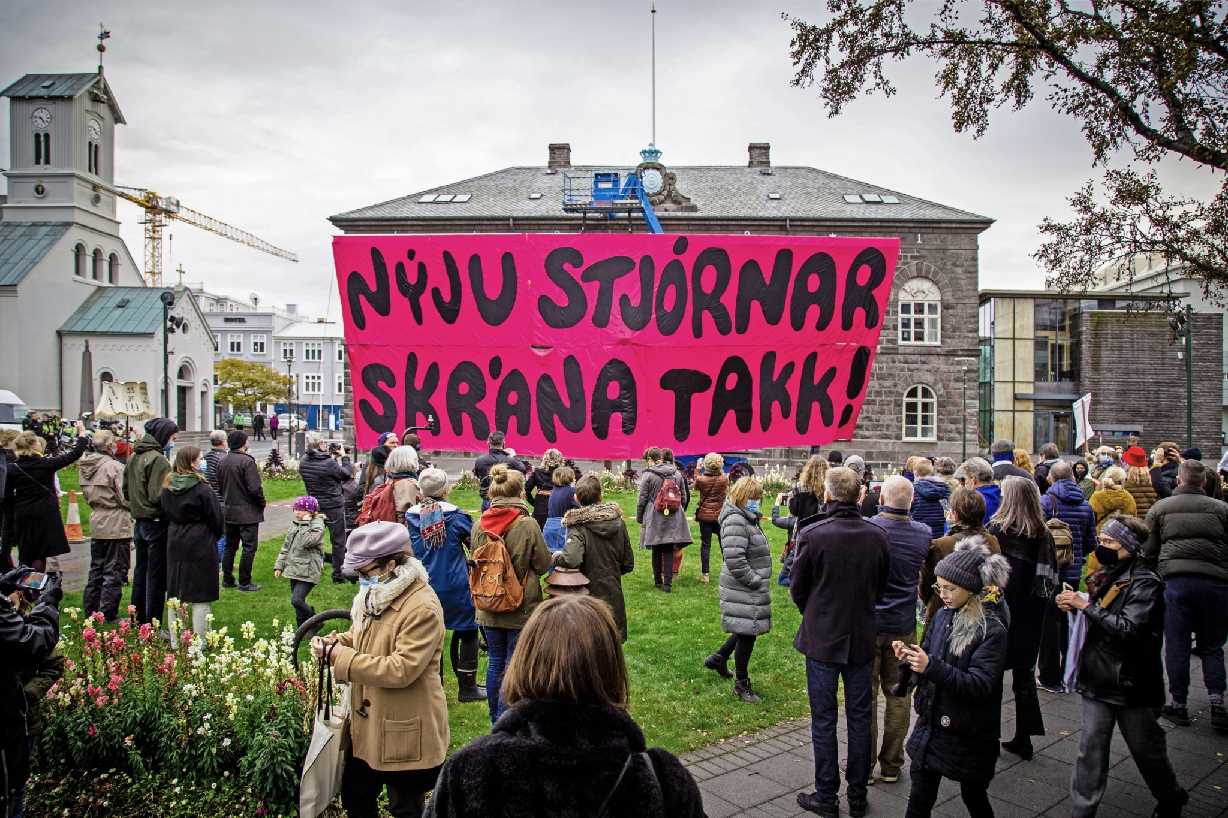 Libia Castro & Ólafur Ólafsson have been in collaboration since 1997 and their work has been exhibited internationally on many occasions, which include the 8th Havana Biennial, Van Abbe Museum, Manifesta 7, the 54th Venice Biennial, CAAC Seville, Kunst-Werke Berlin, 19th Sydney Biennial, Norway´s National Gallery and La Casa Invisible. They work in Reykjavík, Berlin, Rotterdam and Málaga.