The Sun Voyager, an ode to the sun

The Sun Voyager, an ode to the sun

One of the main sightseeing stops in Reykjavík is the Sun Voyager, a sculpture by Jón Gunnar Árnason (1931-1989) and stands on the so-called Jónsnes by Sæbraut. The work won a competition for outdoor artworks on the 200th anniversary of the City of Reykjavík in 1986. It is a common misconception that Sólfarið is a Viking ship. According to the artist, it is a dreamboat that includes hope and light, promises of untouched land, progress and freedom. Truly, an ode to the sun. The work was premiered in 1990 and has since delighted visitors by the ocean for over 30 years. 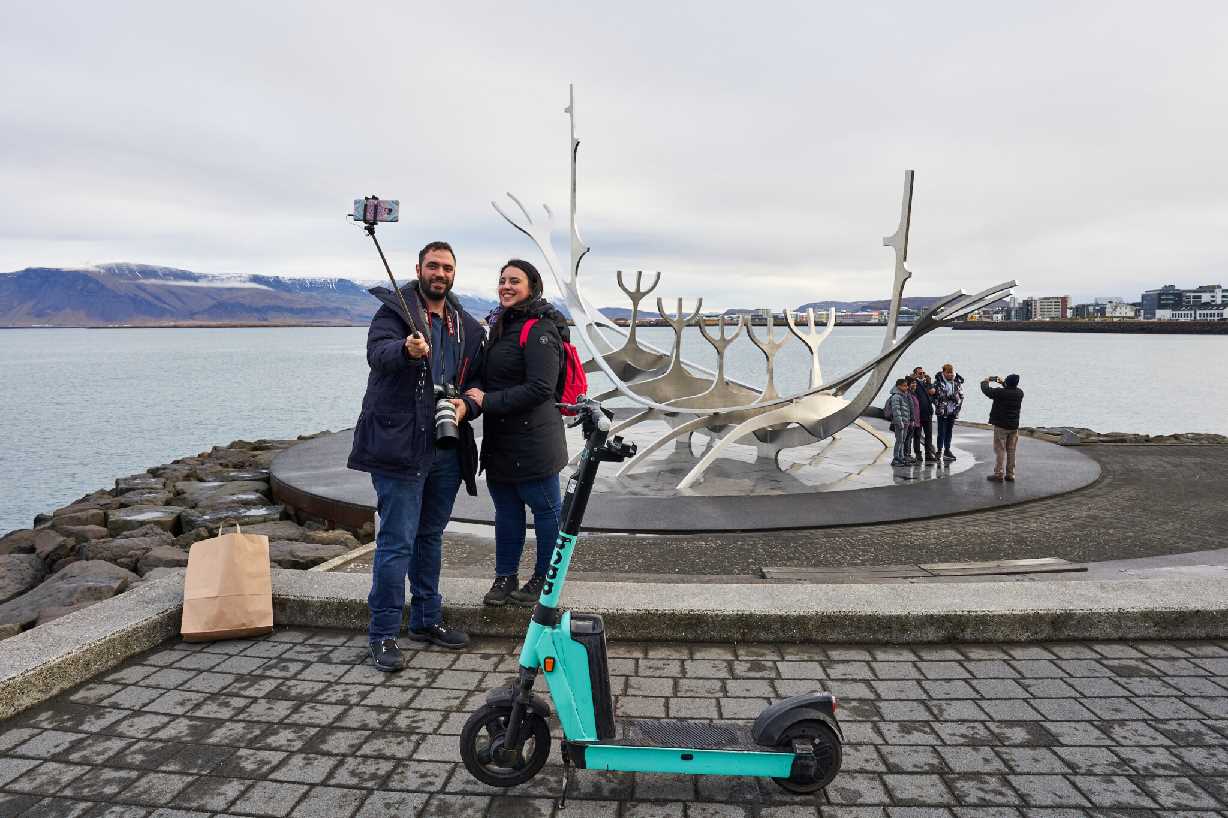 Many tourists stopped by Sólfarið and took pictures in the calm weather this morning. The mountain Esjan is on the left, Lauganes neighbourhood is on the right in the picture.