The Kingdom of Vatnajökull -Home to Europe’s Largest Glacier

The Kingdom of Vatnajökull

The Kingdom of Vatnajökull is a majestic wonderland home to Europe‘s largest glacier, the picturesque Jökulsárlón, the highest peak in Iceland, Skaftafell National Park and many more attractions. For the people of Hornafjörður county Vatnajökull glacier has been a simultaneous boon and a bane throughout the centuries, the glacial rivers streaming towards the sea isolating the county for months on end. The glacial rivers have since  all been bridged and Hornafjörður now boasts of an impressive service industry centered round the many wonders of the Kingdom of Vatnajökull.

The activities available in the Kingdom of Vatnajökull are sure to make your stay memorable. Imagine scaling Europe’s largest glacier with a pick axe  and crampons, speeding across its widespread surface by snowmobile or sightseeing by airplane over its 8100 square kilometers of snow. The town of Höfn in Hornarfjörður is home to a plethora of companies providing services to visitors. The town and its surroundings have an abundance of accommodation providers, ranging from home stays on local farms to upscale hotels. Every Saturday a Farmers and Fish market is held, which is renowned for its lively atmosphere. Hornafjörður can be reached by the main road all year round. 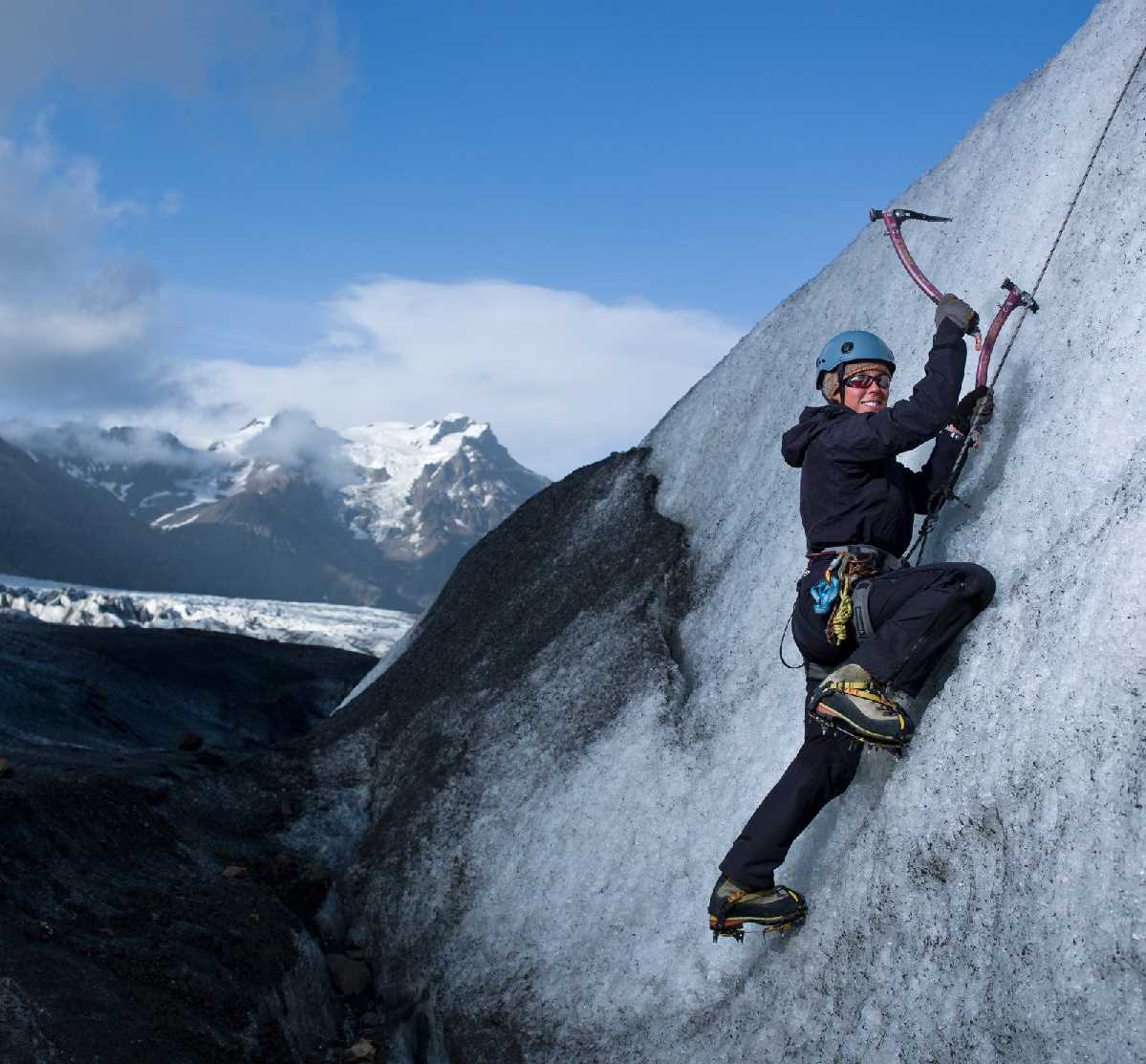 Land of Opposites
The Skaftafell National Park is a popular stop due to its incredible landscapes where opposites meet. In Skaftafell you can see seemingly endless  deserts of black sand meet white the white glacial tongues of Vatnajökull. The Skaftafell visitor’s center is now open during the wintertime.

The glacial lake of Jökulsárlón a unique natural phenomenon which many feel is the highpoint of their stay in Iceland. It’s breathtaking landscape has also inspired international filmmakers and England’s most famous spy, James Bond, can be seen maneuvering a futuristic sports car on the frozen lake in a recent film. During the wintertime the local seal population can often be seen relaxing on the icebergs floating in the lake, they are known to be a curious and friendly bunch.

Whether you seek the adrenaline rush of extreme sports or not, just standing in the presence of nature’s awesome power is enough to make your stay memorable.