One of the most amazing places in the Fjallabakarea is the Rauðibotn crater: a red and green emerald surrounded  by volcanic deserts between Torfajökull and Mýrdalsjökull glaciers. Rauðibotn is more spectacular, seen from the Hólmsá river and its waterfalls. Rauðibotn is part of a chain of volcanic craters that stretches through the central highlands from Mýrdalsjökull to Vatnajökull glaciers. The volcano is connected to the Katla volcano, where both are part of the same volcanic system. The volcano has only erupted once since the Settlement. In the 10th century or more precisely in 934, Eldgjá erupted. It is the largest eruption in Iceland in recent millennia. The eruption of 934 was about 18 kilometres in volume and covered about 800 square kilometres. The tephra from the eruption is about 5-7 square kilometres. The lava is so large that it would cover the entire city of New York. The impact of the eruption on the world’s meteorological system was catastrophic. It caused crop failures and famine in Europe, and temperatures dropped throughout the northern hemisphere. The easiest way to reach Rauðibotn is from Syðri Fjallabaksleið in the Highlands. It is possible to park at Mælifellssandur Desert or on the road closer to the crater to better protect the area from walking. There are magnificent views over the crater from the mountain ridge south of the crater. Those who have become tired from walking can view the crater with good drones and take pictures as I did. By doing so, more people can enjoy this magnificent nature. 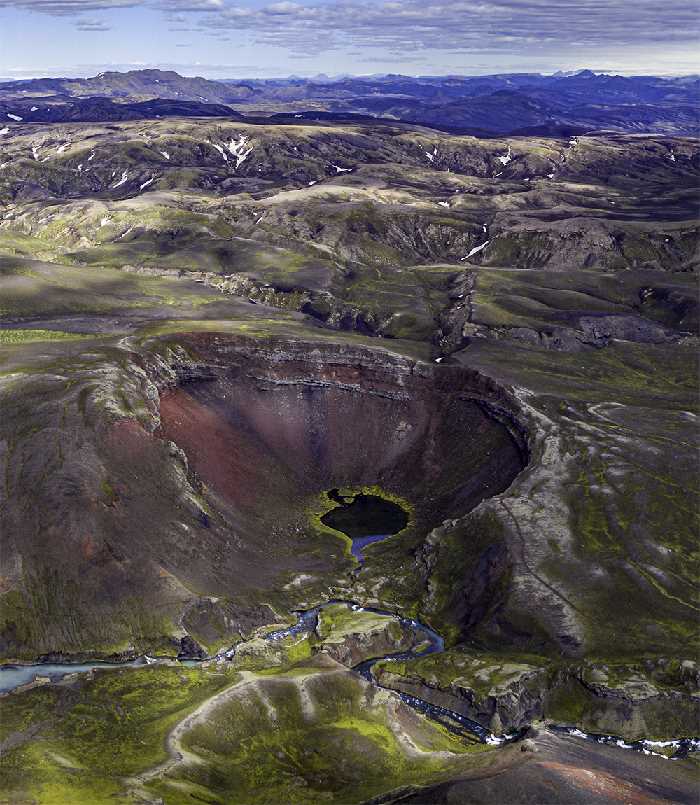