The Viking Village gives you a baptism into Viking life

Live with the Vikings
The Viking Village gives you a baptism into Viking life
There are rumours that busloads of tourists have been snatched from their coaches in Hafnarfjörður by wild Viking warriors and held in a rock wall cave, watched over by a polar bear at one end and the Viking god, Thor, at the other. 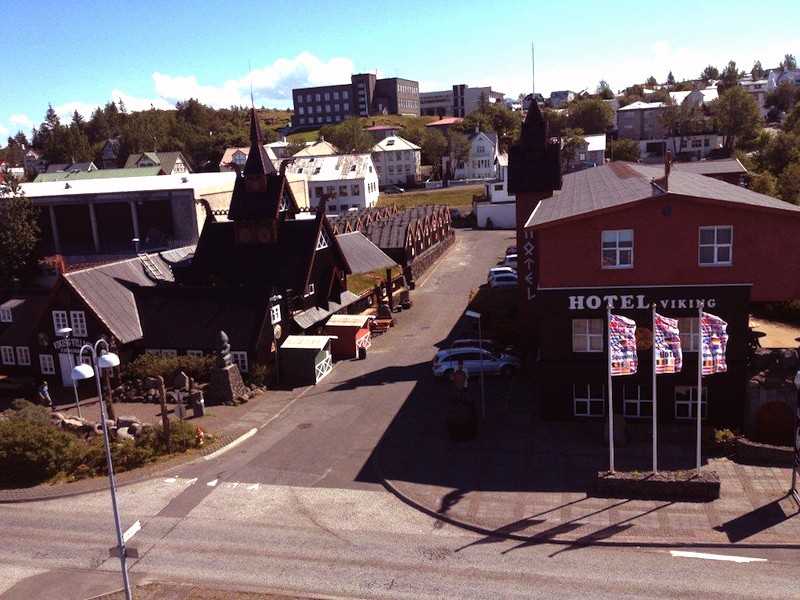 The reports say that they were treated mercifully, given plush rooms to stay in, a chance to bathe in the geothermal hot pool sheltered by a rock wall, overlooked by gods, before being brought into the Viking long hall – a restaurant in modern parlance – with rough-hewn wooden tables, under the watchful gaze of Freyja, the goddess of fertility, a large wooden carving over the upstairs bar. Viking shields that look as if they’ve been used recently and the heads of wild animals like reindeer, hang on the walls alongside murals of major events from history.
The bar dispenses drinks of all kinds, while above it, fish swim in a large tank, held up by hand-carved wood pillars. An equally massive stone throne awaits a worthy chieftain. The abductees are treated royally, given large wooden plates of food and jugs of drinks, regaled with stories and songs by minstrels, in an evening to be remembered a lifetime. Fish from the harbour across the road, sheep’s head and lamb and other Icelandic cuisine is on the menu. 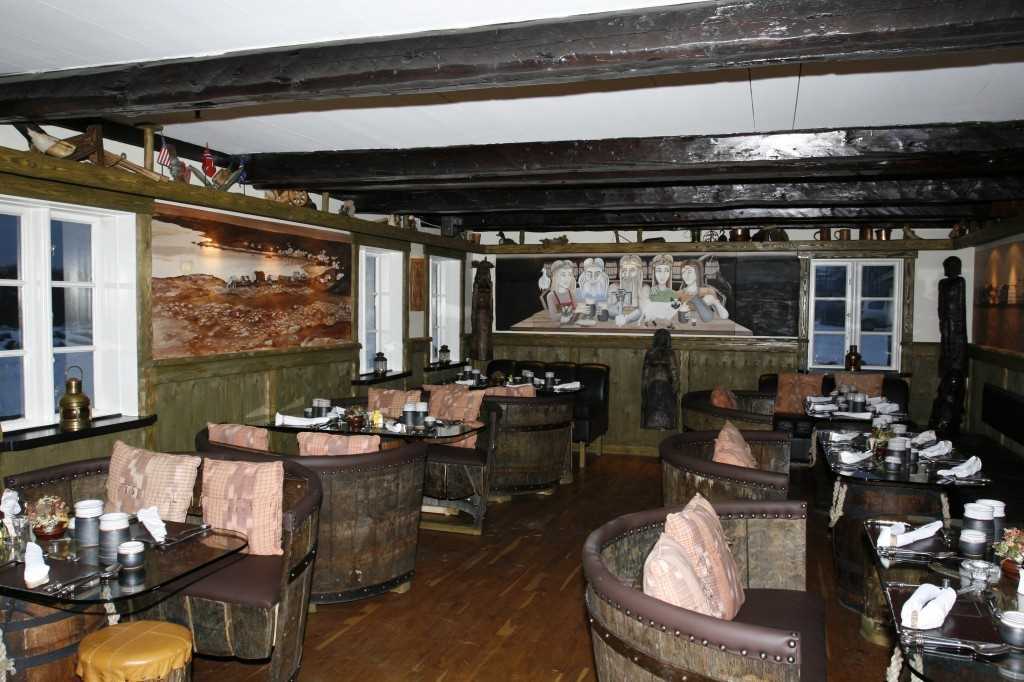 Those taken in mid-June, found themselves guests at the Viking market where, under rough tents, artisans made and sold their wares. They sat enthralled as competing tribes fought a pitched battle.
Vikings love to celebrate and the Valhalla hall is set aside for groups of up to 50. It’s a the place for wedding celebrations, for schools or incentive groups to get together. Many are even inducted into the warrior clan, given helmets and certificates, certifying their valour. 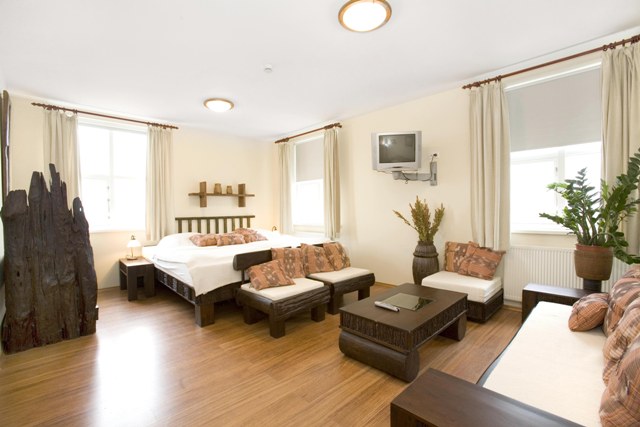 Not only is the hotel state of the art in every one of its 42 rooms that early Vikings would envy – or snort at, depending on their disposition, but there are also 14 Viking cottages for families or couples who want something different. For the modern guests, there is also WiFi and parking space. You don’t have to wait to be abducted, you can book in advance. Horses are stabled elsewhere, nowadays.
The Viking crafts have lived on and can be seen – and taken home with you, for a little bit of silver – crafts from the Nordic countries, Faroe Islands, Greenland and Iceland, itself. Probably the best thing you’ll take home is the experience of real Viking hospitality. 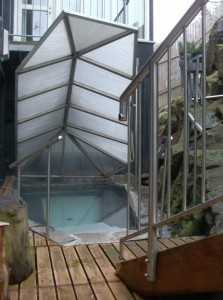 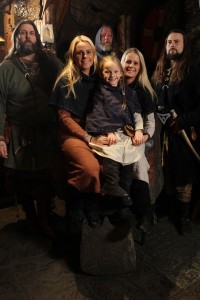 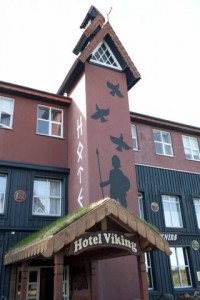