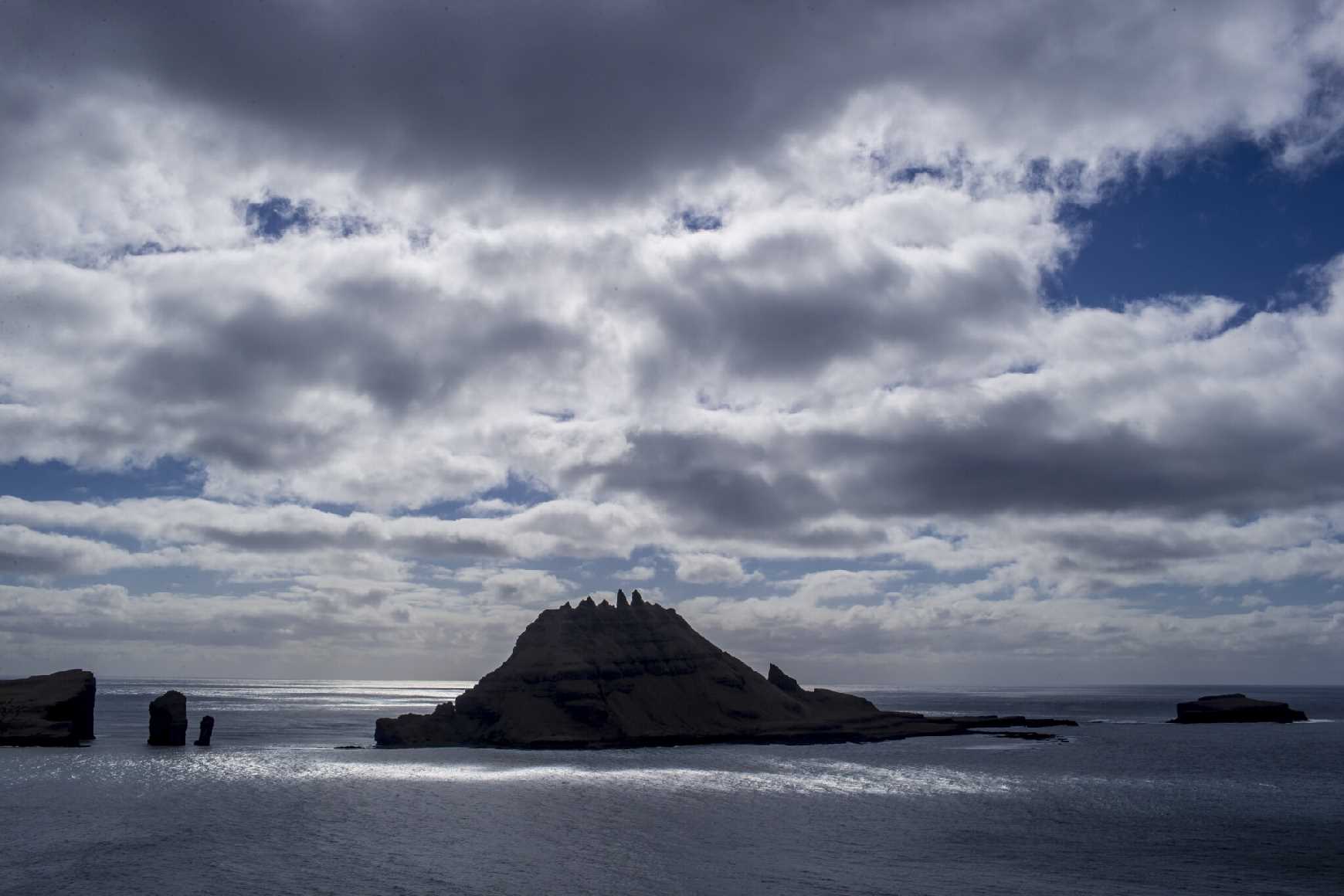 One of Iceland’s most common proverbs is Þrándur í Götu – in Faroese, Tróndur í Gøtu, literally meaning ‘an obstacle to someone’. However, it is not common knowledge that Þrándur Þorbjörnsson [945-1035] had royal bloodlines in abundance as the descendant of one of Iceland’s most famous settlers, Auður hin djúpúðga – the Deep-minded – who was born ca. 850 AD. Auður settled in Hvammur in the valleys of West Iceland in the 10th
century. Auður was a Celtic Christian, the daughter of Norse Viking, Ketill Flatnose Bjarnason, whom King Harald Fairhair had sent to win back the Outer Hebrides – known as Suðureyjar in the Icelandic sagas. 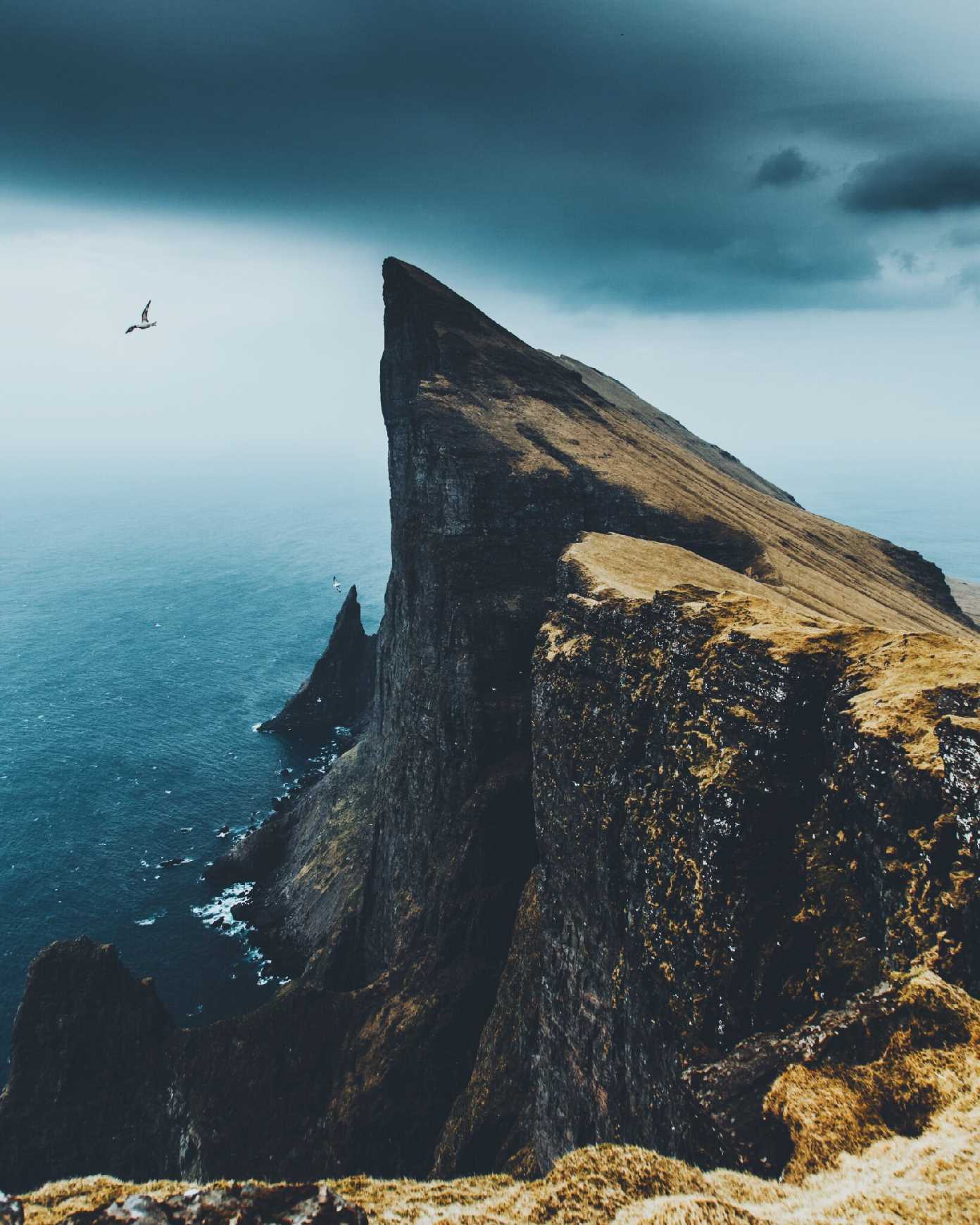 Ketill Flatnose, as ruler of the Outer Hebrides, neglected to pay taxes to King Harald. Auður was wife to Ólafur White Ingjaldsson, King of Dublin, who was killed in battle in Dublin. The first sentence of the Erik the Red Saga states:

Ólafur was the name of a warrior king who was called Ólafur the White. He was the son of the King Ingjaldur Helgason, son of Helgi, son of Ólaf, son of Guðred, the son of Hálfdan Whiteleg, King of Uplands [first Yngling King in Norway]. Ólafur engaged in Viking raids in the West and conquered Dublin in Ireland as well as the shire of Dublin and made himself king.

Auður and King Ólafur’s only child was Thorsteinn the Red. After Ólafur‘s death in Dyflinn – Dublin – Auður, along with her young son, fled to the Outer Hebrides then ruled by her father. Þorsteinn the Red married Þuríður Eyvindardóttir, daughter of Eyvindur Eastman and Rafarta Kjarvalsdóttir, daughter of Cerball Kjarval MacDúnlaing [ca. 800-888 AD], King in Ireland. Þorsteinn the Red and Þuríður had seven children; Ólafur feilan and six daughters, Gróa, Ólöf, Ósk, Þórildur, Þorgerður and Vigdís. Þorsteinn the Red became King in Scotland but was killed by the Scots at Katanes. The Icelandic Færeyinga Saga that was written in 13th century says:

There is a man named Grímur Kamban. Grímur was the first person to settle the Faroe Islands. In the time of Haraldur hárfagri – Fairhair – a large number of people fled in the face of his tyranny. Some settled in the Faroe Islands and dwelt there, while some sought other unpopulated lands. Auður hin djúpauðga sailed out to Iceland and called in at the Faroes and there gave Þorsteinn the Red’s daughter, Ólöf, in marriage, and thence originated the greatest family line of the Faroe Islanders, which they call GataChaps, who lived on Austrey.
There was a man called Þorbjörn. He was known as Gata-Chap. He lived on Austrey in the Faroes. His wife was called Guðrún. They had two sons. The elder was called Þorlákur, and the younger Þrándur, [Tróndur]. They were promising men. Þorlákur was both big and strong; Þrándur was also of the same build when he grew up, but there was a large difference in their ages. Þrándur had red hair and a freckled face, handsome to look at. 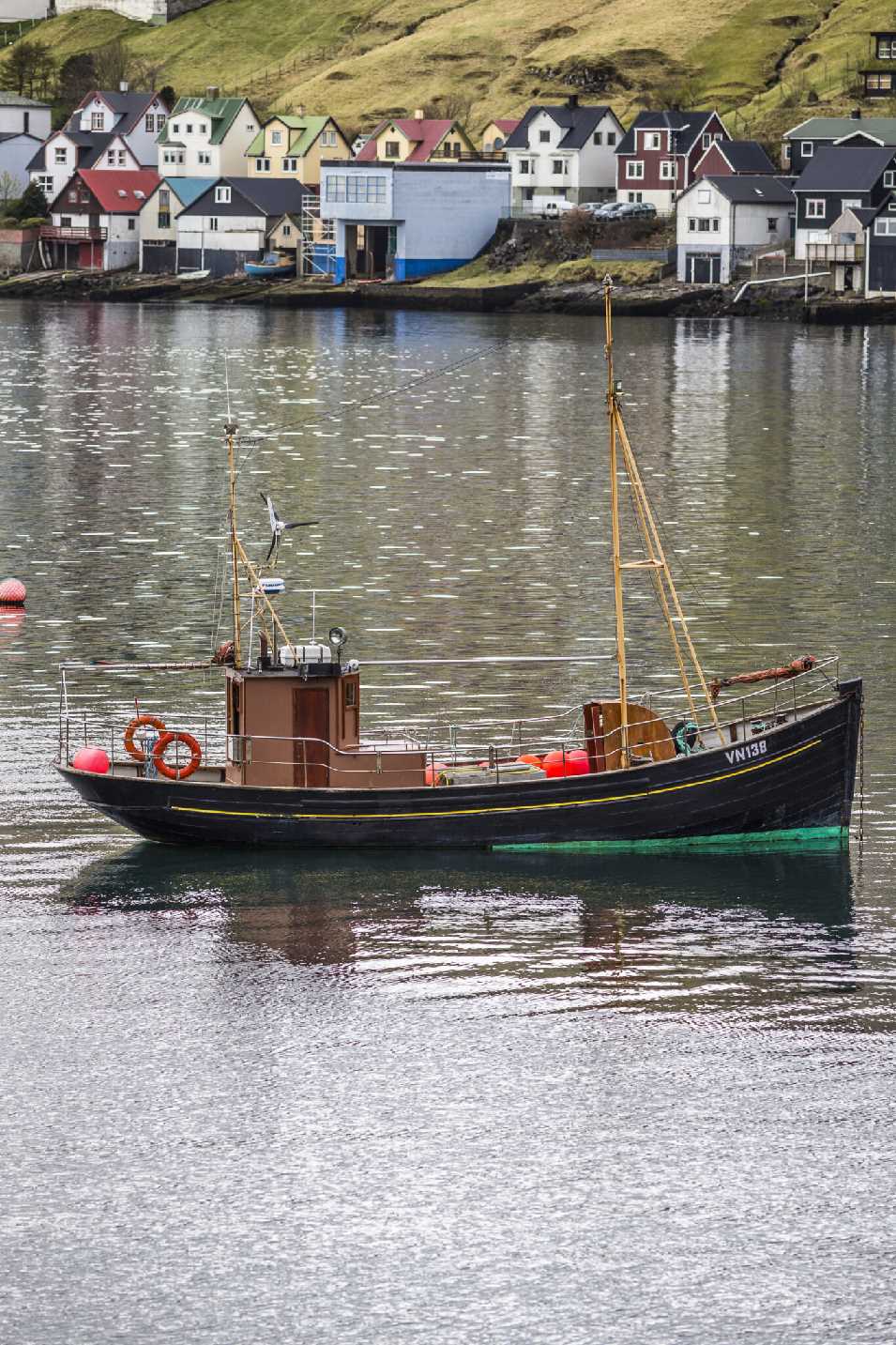 After her son’s death at Katanes, Auður secretly had a Viking knörr [ship] built in the forest and set sail with the family treasures, along with Þúríður her daughter in law, grandchildren, freeborns and slaves. The family history, Laxdæla Saga, states:
Men do not know that ever has one woman gotten away from such strife [war] with as much capital and entourage. From that it  was concluded that she was outstanding among women. 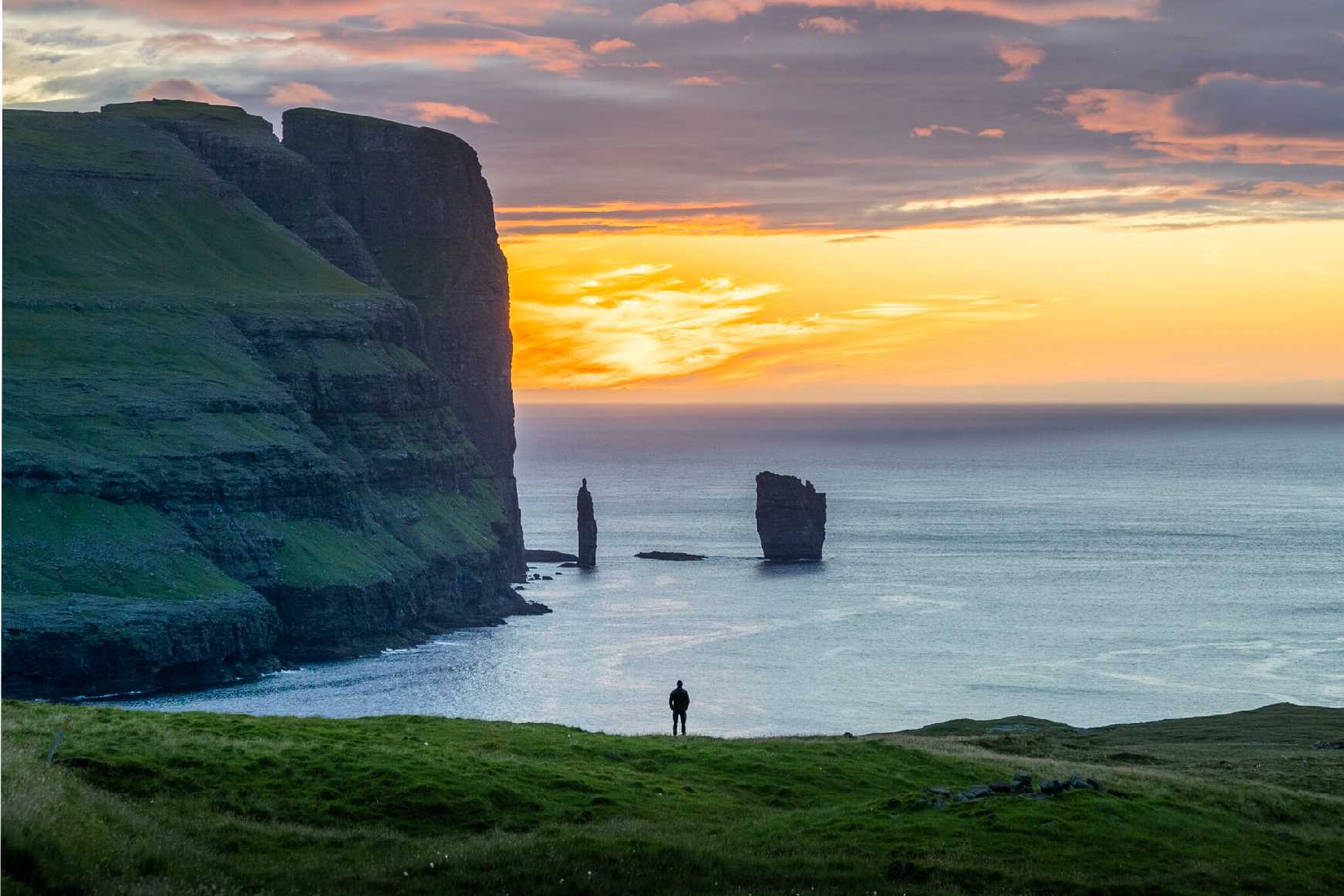 Descendant of royals
The municipality of Gøta, near the Gøtavik fjord on the Eastern island, was the home of chieftain Tróndur í Gøta, defender of Viking traditions in the face of the King of Norway and the chieftain, Sigmundur Brestisson. Tróndur, as a descendant of Auður the Deep-minded, would have known his foremother’s Celtic Christian heritage. Tróndur í Gøtu – Þrándur í Götu – is the most famous of the Götu-Skeggjar or Gata-Chaps. It is common belief in
Iceland that Tróndur was a heathen and worshipped the Viking gods and was a hero in the Faroe Islands. According to the Færeyinga Saga, those who did not approve of Haraldur Fairhair’s rule of Norway between 872-930 AD settled, among other places, in the Faroes. In the early 11th century, Sigmundur Brestisson [961–1005 AD] was sent by Ólafur Tryggvason, King of Norway to Trondheim [995-1000 AD]. Sigmundur forced Tróndur í Gøtu to convert or face beheading. Although Sigmundur was killed, Norwegian taxation was upheld. The Kingdom of Norway entered the Kalmar Union with Denmark in 1397 and the Faroes gradually came under Danish control.

Epic in Faroese history
Sigmundur Brestisson and Tróndur Þorbjǫrnsson are two epic individuals in Faroese history. To the Catholic author of the Faroese saga there was no doubt: Sigmundur was the white knight and crusader fighting against Tróndur, who was said to be stuck in primitive and outdated Viking beliefs though he was really a Celtic Christian. Tróndur was renowned for his love for his land with deep sense of honour, executing the murderers of his enemy. In this context, it’s worth noting that his foremother, Auður, had accepted Christ and become a Celtic Christian while in the Outer Hebrides. Her granddaughter Ólöf would, in all probability, have been of the same religion as her grandmother. The events of the Færeyinga Saga take place between the 9th and 11th centuries, but the story was written when the Roman Catholic Church had attained supreme rule in Iceland and Faroes. 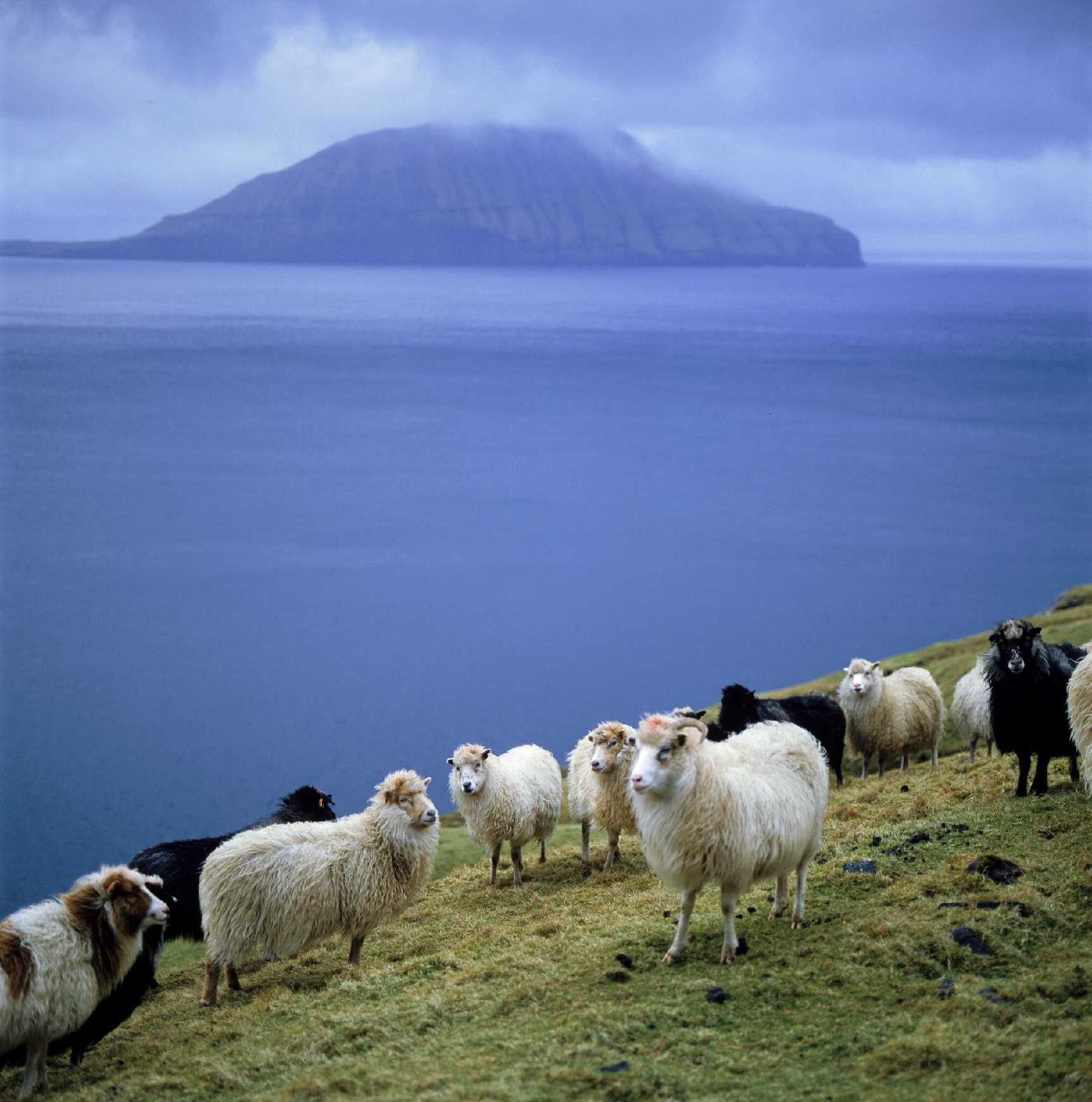 Descendant of Ynglings and Skjöldungar
According to Sigurdur Bjarnason, one of Iceland’s leading genealogists, Tróndur Þorbjörnsson í Gøtu was a descendant of the Ynglings and Skjöldungar, the dynasty of Scyldings, who were the ancient Danish Kings. Skjöldur, the first Danish King, was claimed to be the son of the Viking god Óðinn, whom Bjarnason maintains, was born in mid3rd century AD. Snorri Sturluson wrote of Óðinn in Heimskringla. Ynglingasaga is the first part of Snorri’s history of the ancient Norse gods in Scandinavia and how Freyr founded the Swedish Yngling dynasty at Uppsala and their settlements in Norway and became ancestor to King Haraldur Fairhair.
Tróndur was a descendant of Ragnar Lothbrok – Ragnar Loðbrók – born in the mid-8th century, a legendary Viking King of Denmark and Sweden, known from ancient poetry. According to the traditional literature, Ragnar
distinguished himself by conducting many raids against the British Isles and the Holy Roman Empire during the 9th century. Ragnar Lodbrók’s son, Sigurdur Snake-in-the-Eye, born ca. 780, became King of Sweden. He took up arms against his uncle Haraldur Wartooth in a bid to overthrow him and take the crown of Denmark. Sigurdur won the Battle of the Brávellir, where it is said that Óðinn himself intervened. Ragnar’s son, Sigurdur
Snake-in-the-Eye, had a daughter  Tóra –Þóra, mother of Ingjaldur, who was father of Ólafur White, the King of Dublin and Þorsteinn the Red. Ólöf Þorsteinsdóttir was about 17 years old when her son, Þorbjörn Gata-Chap – Þorbjörn Götu-Skeggi was born, father to Þorlákur and Tróndur. 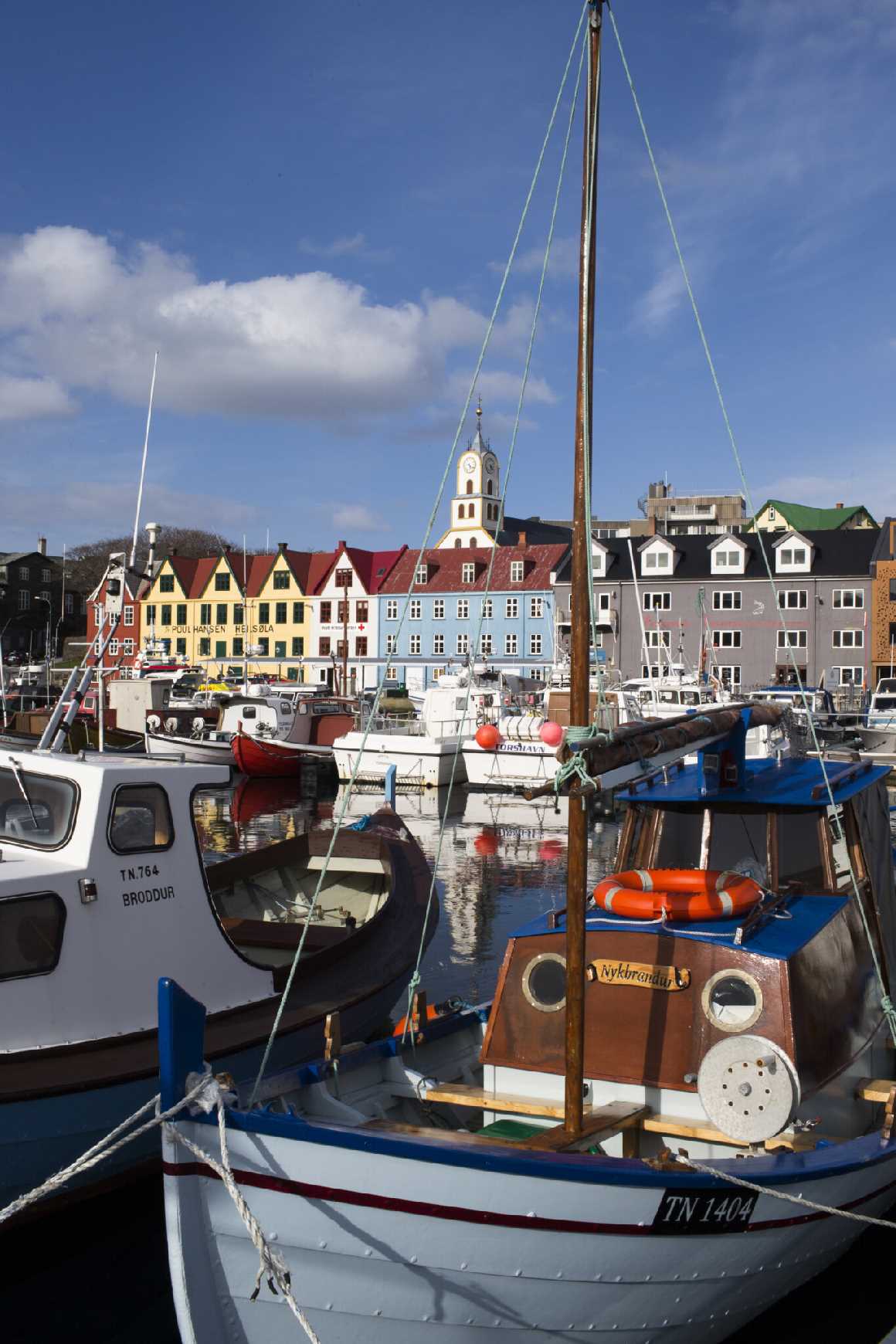